“I was struggling whether to bring my eyelash curler,” says a beautiful Los Angeles fitness instructor. “But I did bring lots of Immodium.” 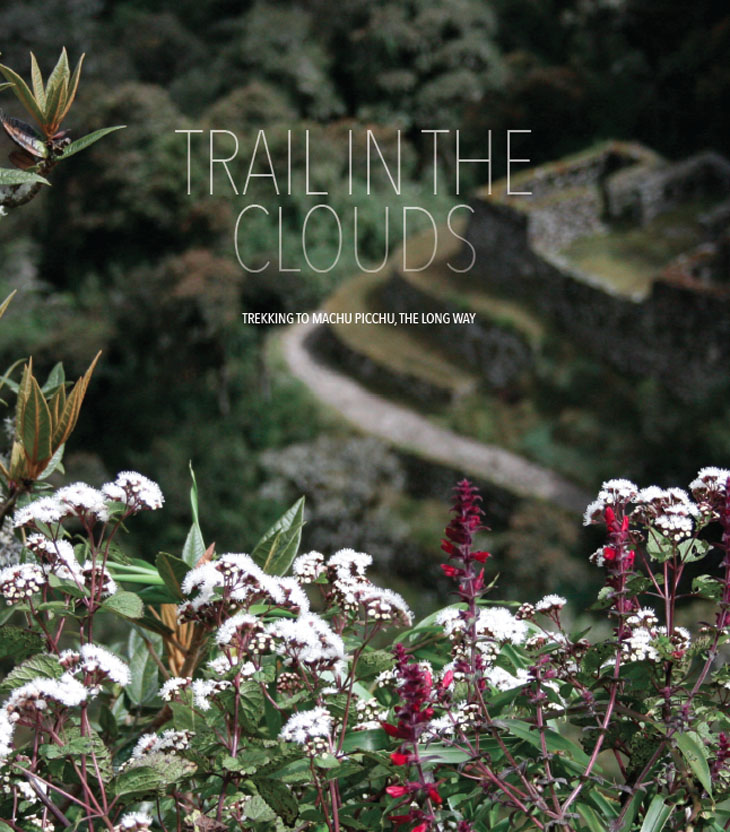 Canadian tour operator Wild Women Expeditions’ mantra is to accept differences. And we couldn’t be more different: a partridge hunter; a spiritual leader; a Los Angeles eyelash curler; and a llama farmer, to name a few. And me: a tomboy and solo independent traveller based in Ontario.

Every day a new batch of 200 people with 300 porters set out on the 35 kilometre trail: Only a tiny part of an elaborate system of 20,000 km of trails the Inca created, and yet, I’m worried I won’t have solitude or quiet. 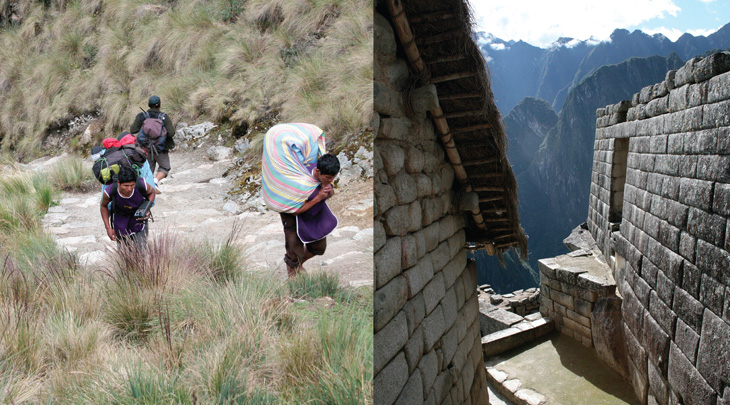 After the checkpoint, and a group photo, we cross a suspension bridge and begin walking alongside the Vilcanota River, but soon we stop for more pictures, orchids, history lessons, orchids, more ruins: it’s like someone interrupting during your favourite movie. I just want to hike. Tranquillo,Melanie. Calm.

Coming onto a ledge hours later, below is the Llactapata ruins, impeccably built rock terraces that follow the natural curves of the mountains and trapezoids in the homes to withstand earthquakes. Incas were prescient beyond their time. This is one of many ruins along the way—a teaser to the big one we’ve all been reading about most of our lives.

Later that afternoon, we arrive at our first campsite in someone’s backyard; imagine living on the Inca Trail? Many do. In 1983 when the entire region became a park, landowners weren’t allowed to sell their property—it can only be passed down to other family members. If they don’t want it, it goes back to the government. 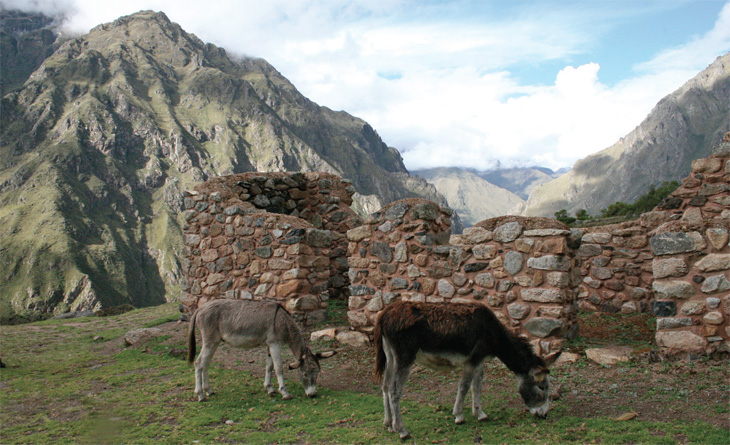 Waiting for dinner, Los Angeles leads a yoga class—to which some local boys twist into giggly positions. Instead of yoga, I find my zen: beer. Alcohol is discouraged: it exacerbates altitude sickness (luckily I’ve been in Peru four months). Two other women and I sneak behind a tent and drink cold Cuscean beer in plastic cups. I’ve found my hiking soul mates.

The second day, at 4,200 metres, is the highest of the three passes. Our guide Disnardo also calls this The Day of Excuses: “Oh, I should stop to take a picture; Oh, I should eat.” But I don’t have any—I feel strong and so I break with the pack. Initially I feel guilty, but lifting my legs up the giant stone blocks, I find my rhythm, and another hiker who shares my philosophy: “This is your journey—as much as it’s theirs, this is yours.”

Millions arrive here every year, but somehow this moment is mine.

Guilt dissipates. When I reach the peak of the pass, stopping often forair, a few porters clap. Dropping my pack and then collapsing on top of it, I lie back in the sun and close my eyes.

Others begin to arrive. One woman is struggling with the last few steps—when she reaches the top, a fellow hiker runs over to her, grabs the sides of her face and hugs her. New to hiking, this is the hardest trek she’s ever done and her victory makes me cry. Then I laugh when another, a quiet demure lady, raises her poles and bursts out: “That was f***ing awesome.”

Day three was almost entirely downhill, but also the most scenic. Passing under low-hanging Spanish moss, and red bromelius flowers, sometimes the fog seems to swallow the entire forest—and for most of the day, I’m alone on this floating trail in the clouds. 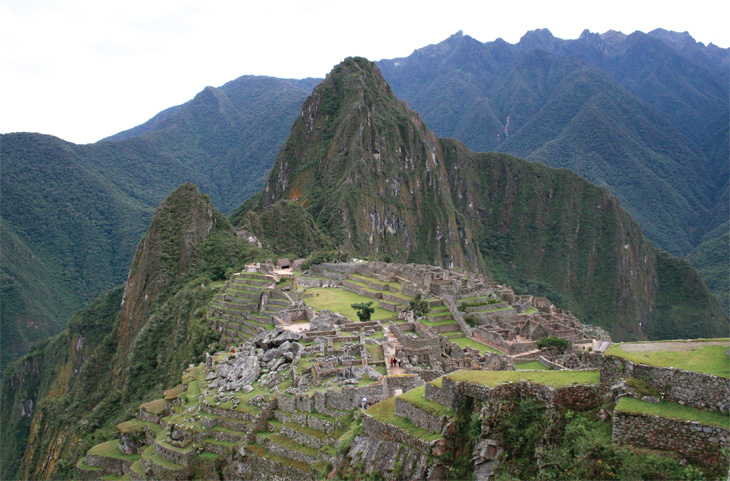 Arriving first at the campsite, the fog has cleared. Walking to the edge of a cliff, I expect to see more mountains; instead, I see the Phuyopatamarka ruins below—more terraces and reminders of people gone for so many centuries. When earthquakes and landslides have destroyed newer buildings and entire towns, these remain.

Day four leads us to Machu Picchu. Walking on a diagonal downhill, we all began arriving at the Sun Gate and wait for the fog to clear: on June 21 of every year, the solstice sun passes through a trapezoidal opening in the gate and down onto Machu Picchu’s Temple of the Sun.

Eventually, it clears near the site. I didn’t know what to expect: what’s the big deal considering everything I’d already seen? And here it is. The Lost City of the Incas. Millions arrive here every year, but somehow this moment is mine. I keep shaking my head in disbelief repeating, wow, wow, wow. Perfect stone blocks fitted without mortar; green skyscraper mountains piercing the clouds. I can’t wait for the others to arrive—it’s too good to not share.