This new short film from The Solidarity Union documents Firth, a member of the Gwich’in First Nation, and his cross-country run along many of the same roads where the women he is honouring were last seen alive. 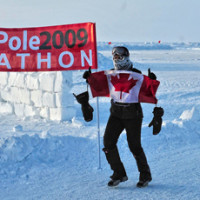 MULTIPLICITY 2016: DR PUSHPA CHANDRA ON OVERCOMING MENTAL AND PHYSICAL BARRIERS
Dr. Pushpa Chandra is a 58-year-old Vancouver-based naturopathic doctor and extreme ultra-marathoner who was born in Fiji to Indo-Nepalese parents. To celebrate her 50th birthday in 2008, she commemorated by running marathons and ultra-marathons on all seven continents—including the Mount Everest Marathon, the Amsterdam 100, the Antarctica 100 and the Geographic North Pole Marathon at temperature below -40 degrees… Read more