Ever since Foster Huntington penned the hashtag #vanlife, the movement has gained momentum. Guys like 63mph.com’s Matt McDonald, and the family at Poseidonsbeard.com have added fuel to the fire. And from the Instagram posts, it’s an enviable lifestyle— wandering the wild places of the continent, sleeping under the stars. It’s a way of life anyone with a beating heart can fantasize about. 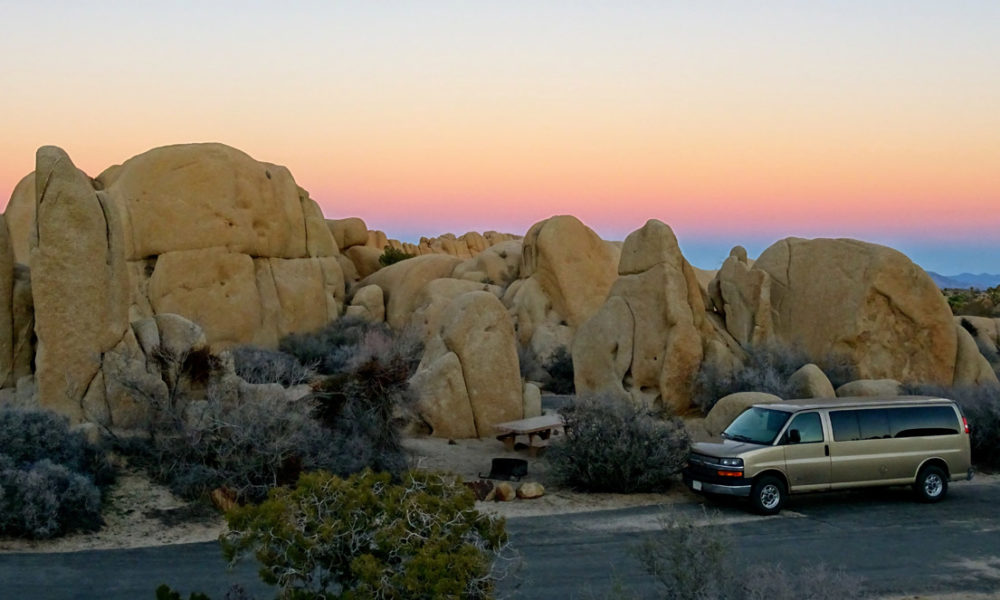 Charlotte Batty has realized that dream. She hopped in her van in January and drove south for the winter to do as much mountain biking as she could. She named her parents’ 2005 Chevy Express van Goldilocks, fitted it with a bed and some lights and headed to the American southwest.

“Let’s call it a quarter-life crisis,” she says. “The idea spawned just before my 25th birthday. There had been a few big changes in my life that left me feeling unfulfilled. I have been mountain biking almost my whole life, and after picking up a new trail bike, I fell in love with the sport all over again. I thought ‘why not just take a break and spend time doing what I love the most?’ Originally I was going to live out of a tent, and my car, but a friend mentioned checking out the vanlife trend, especially since my parents had a 15-passenger van that was sitting idle in storage for the winter. I did some homework, worked out the numbers, and decided I was going to hit the road for three months on a solo, soul-searching, trail adventure with my mountain bike.” 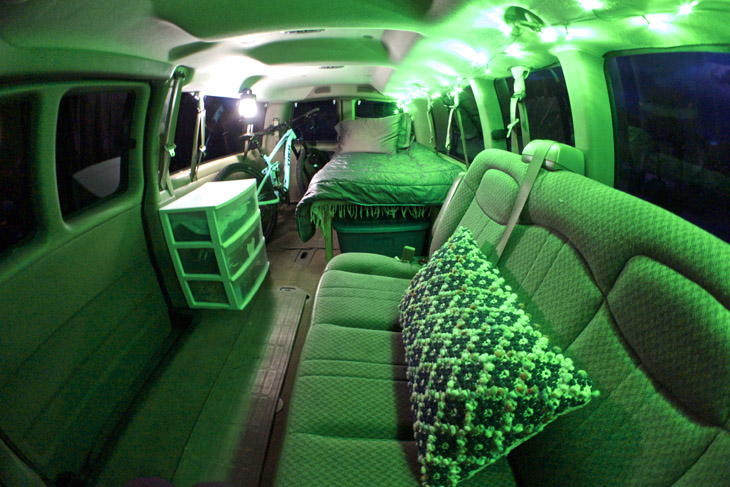 Since it was her parents’ van, Batty wasn’t able to make any permanent modifications, but with some help from her father, she made a bed that doubled as storage with some plastic drawers that could slide underneath. Her bike rolls right in beside the bed and with that, she’s officially got everything she needs.

“Sometimes it feels like I am living in a complex game of Tetris,” she says. “It has the potential to be an awesome setup for a couple, but the bunk I built currently accommodates one person. I threw in my tent as a ‘guest room.’”

Batty is quick to point out that the rose-coloured glasses associated with vanlife aren’t always so rosy.

“There can be a lot of ups and downs with living in a van, but by being open and ready to react to change things keep rolling well. The worst thing so far is lack of security; I am solo for a lot of my trip, and it can be uneasy when you have to stop for gas in a less-than-perfect town. The thought that all my important life’s possessions are packed into a nice and compact glass box makes you think twice about where you park, camp and what you leave out for people to see.”

But that won’t be stopping her anytime soon. 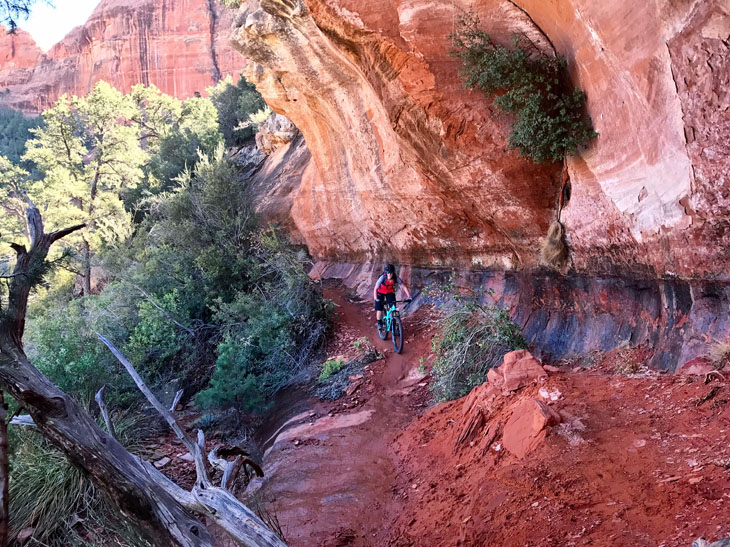 “You choose where you want to go, and everything you possibly need is right there in the van with you; including climbing into your bed without any setup,” she says. “The sunsets and star-gazing in the desert are pretty amazing too. As of right now, I would love to make this a yearly thing. My goal once I get home is to save enough money to purchase my own van and custom convert it so I’ll have the freedom to go when and where I want.”

Climbers Leslie Timms, along with hubby Kyle Thomas also escape winters. While they’re not living in a van, their 13-foot long 1974 Trillium trailer has been home for multiple winters now.

“We’re always seeking endless summer,” says Timms. “I’ve known since I was 12 that I didn’t want to live in the Canadian winters and rock climbing is the perfect excuse to travel somewhere warm.” 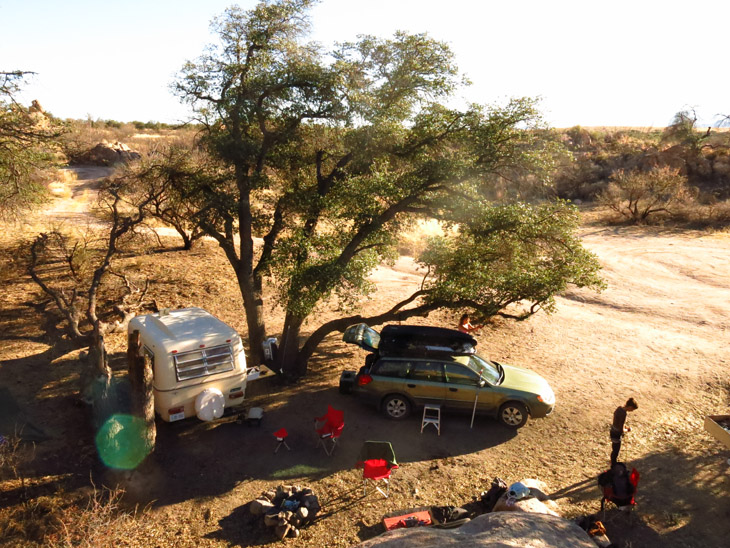 That warm spot is usually Joshua Tree, California. The trailer sleeps two comfortably, and their ‘guest bed’ is their truck which is also kitted out to sleep two in the back. And while the trailer may be older than Leslie, it hasn’t needed much in the way of modifications.

“We added a 150-watt solar panel, replaced the lights with LED and installed a Nova Kool fridge which is really efficient with the solar,” she says. “Now we can live off-the-grid as the solar runs the lights, fridge, computers, coffee grinder and rice cooker. We’re building an extension to the bed and table this year to add more stretch room for sleeping.”

When it comes to the rose and thorn of their trailer life, the thorn is the size of the bed and bad weather.

“The bed is small,” says Timms. “Some nights I am so claustrophobic I could scream, others I really appreciate spooning. When the weather turns bad you are stuck in a 13-foot box with the same person for days. This is why we usually hang out in the desert. Otherwise personal space or stretching out is impossible.” 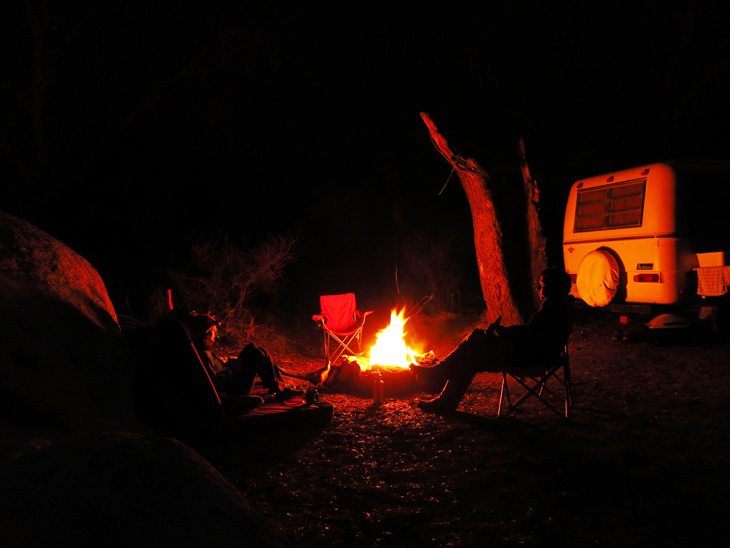 The rose of the trailer life is, “simplicity,” she says. “It’s amazing how many things we think we need. Every year I pack a duffel bag full of stuff for the road and worry it isn’t enough. Then, after living on the road for a couple of weeks, I realize that I packed way too much. I love how it forces you to simplify. It makes you realize that you don’t need all of these luxuries. I also love how you can park your home in these beautiful, serene places, property too precious or protected to purchase, and you get to enjoy it as your backyard for a while.” 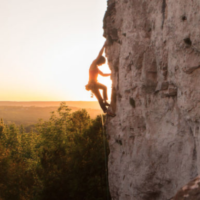 MULTIPLICITY 2017: LESLIE TIMMS ON FINDING BALANCE ALONG CLIMBING’S SELFISH PATH
As a professional rock climbing guide and top Canadian climber, Leslie Timms is a fixture in the Southern Ontario climbing community. She is also one the few women in Canada to develop new routes and has put up sport and traditional first ascents at Lion’s Head and the Beaver Valley in Ontario. Leslie is an incredibly well-rounded climber with an impressive list of sport, boulder, and traditional ascents across the globe… Read more 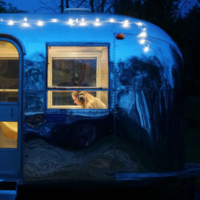 SILVER LINING: FEW THINGS STAND THE TEST OF TIME BETTER THAN AN AIRSTREAM
Oakville-based publisher John Thomson had walked past the broken-down trailer in a farmer’s field not far from his home for about a decade. Slumped beside a shed, with grey boards over its broken windows, the 1967 Airstream trailer hadn’t been used in at least 20 years. When it turned out the owner was willing to sell for $1000 just to be rid of it, Thomson didn’t hesitate… Read more