THE LAST FLIGHT TO AGADIR: HARRISON ROACH IN MOROCCO 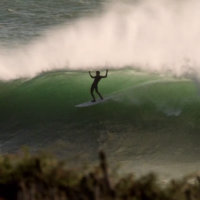 Under the unforgiving cliff faces lay peeling waves—one after another. Unridden walls, pushed and thrown by a howling offshore and shadowed by a dry desert landscape. Created by powerful, Atlantic ocean ground swells these walls track towards land, becoming intense and perfect by the time they reach the western coastline… Watch video 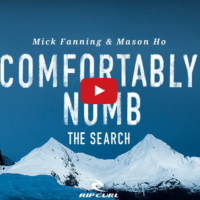 WATCH MICK FANNING AND MASON HO SURF IN THE SHADOWS OF GLACIERS
Mick Fanning and Mason Ho find cold waves and clarity in the frozen north. After a rollercoaster 2015, Mick figured he had met his drama limit for the decade and opted out of full-time WSL competition in 2016. His goal, to search with friends. With Mason in tow, here’s Mick’s foray into the icy wilderness… Watch video