There are many sounds in the forests of central Ontario, and not just a few of them are distinctly Canadian—the howl of a wolf, the tock-tock-tock of woodpeckers. But there’s one that’s more iconic than most, and one night camped in Algonquin Park with my daughter Myles it was this creature—the common loon, doormen of each lake, black-tie emissaries that cavort with canoeists like dolphins—that put on a veritable vocal Olympics. 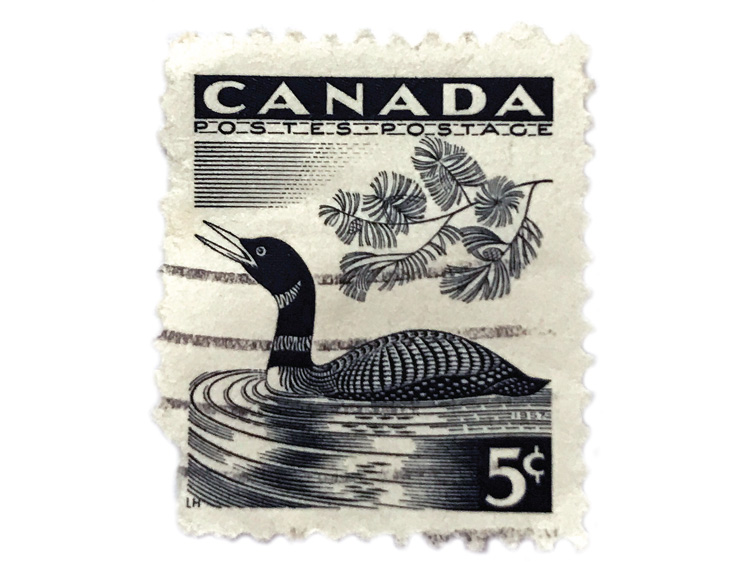 It began when a lonely cry rose from one end of the lake, and a laughing, maniacal answer emanated from the other; while these echoed around the water more joined in and soon the sounds were bouncing off all sides, colliding in the middle like waves in a bathtub. It’s odd that something this eerie can also seem comforting, and even draw you in. “The loon here is laughing again,” wrote John McPhee in Survival of the Bark Canoe, “so I laugh back. He laughs. I laugh. He laughs. I laugh. He will keep it up until I am hoarse. He likes conversation. He talks this way with other loons. I am endeavoring to tell him that he is a hopeless degenerate killer of trout. He laughs.”

Despite the ease of association with the word “lunatic,” loons are actually named after their strange walk, moving on land like a bent-over penguin about to tip over, beak first. But their discomfort with terra firma, on which they spend perilously little time—and then only during nesting season—is the flipside of an exquisite adaptation to lake living. Gavia immer can be just shy of a metre in size and weigh five kilos. With legs set far back and molded into powerful paddles, it can rocket like a torpedo underwater, twisting and turning after fish and invertebrate prey, and diving to 60 metres. In turn young loons are eaten by large fish and, when nesting, devious raccoons, weasels and skunks. First Nations hunters have a small loon quota in some parts of Algonquin, but the population remains very stable; it’s difficult to go an hour without seeing one. 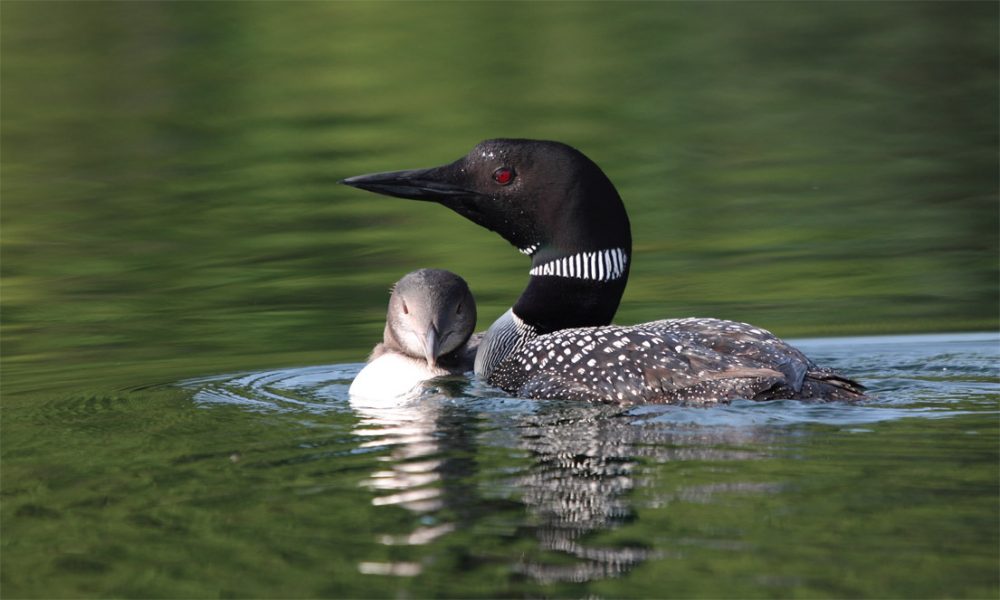 Myles was familiar with loons as a cottage creature but had never been so close. Determined to get a picture, we’d followed many on the water; sometimes they let us approach, other times not so much. In either case, with the wide-angle lenses and shutter delay of most digital point-and-shoots, it was hard to get a solid image. Indeed most of our shots were so vague they could be submitted to some cryptozoology site as evidence of an Algonquin lake monster. But tracking these birds on the water isn’t easy; their movements are, at least to anyone who isn’t a loon biologist, notoriously random: when a loon dives you have no clue if it will pop up next to you or half a kilometre away; their whole body may surface or just their head and neck; sometimes, when they feel particularly threatened, only their beak appears, vertically like a snorkel; two loons diving together may come up far apart or vice versa; loons may display no interest in you whatsoever or be obviously curious. But whatever they do, as McPhee notes, they will laugh it off in characteristic style, as if the joke of their unpredictability is on the observer.

Loons’ discomfort with terra firma, on which they spend perilously little time—and then only during nesting season—is the flipside of an exquisite adaptation to lake living.

If the laugh were human, it would be a laugh of the deeply insane. The bird’s lower jaw opens and claps shut five times in each laugh. If, from where you watch, he is swimming in silhouette, you can count the movements of the jaw. He can laugh two or three ways, and he can also squeal like a puppy. But it is with another sound—a long cry in the still of the night—that the loon authenticates the northern lake. The cry is made with the neck stretched forward, and it is a sound that seems to have come up a tube from an unimaginably deep source—hardly from a floating bird. It is a high, resonant, single unvaried tone that fades at the end toward a lower register. It has caused panic, because it has been mistaken for the cry of a wolf, but it is far too ghostly for that. It is detached from the earth. The Crees believed that it was the cry of a dead warrior forbidden entry to heaven. The Chipewyans heard it as an augury of death. Whatever it may portend, it is the predominant sound in this country. Every time the loon cry comes, it sketches its own surroundings—a remote lake under stars so bright they whiten clouds, a horizon jagged with spruce. 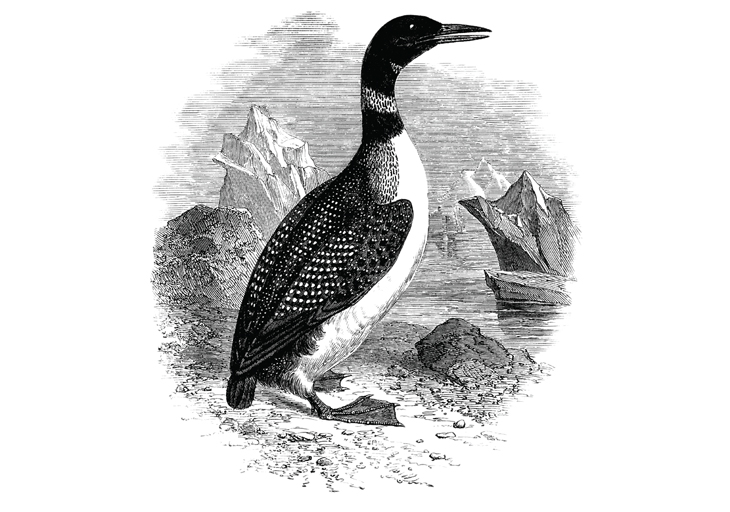 The loon indeed authenticates a northern lake, and in so doing has, to some extent, authenticated an entire country. This, I told Myles, was the reason Canada’s bronze-plated one-dollar coin with a loon emblazoned on the reverse (Queen Lizzy II on the obverse, of course)—which should, by rights, really just be called “a dollar”—quickly became the “Loonie” after its 1987 introduction. Loonie was so widely recognized that the Royal Canadian Mint bought rights to the name in 2006, making it the official label for Canada’s currency in global financial markets. And the backstory is even better: similar to Canada’s previous silver dollar, the new coin was meant to have a voyageur theme, but the master dies were lost in transit to the mint and a different design was needed stat in order to avoid possible counterfeiting. So ubiquitous was the term Loonie that Canada’s two-dollar coin—which dropped in 1996 and has a polar bear on the back—was instantly known by the portmanteau “Toonie.”

Yes, people seem to genuinely dig these crazy birds. They’re mascot worthy. If the souvenir industry in this country weren’t already so crowded, the loon, with the right management team, could dethrone beer, bacon, beaver, maple leaf, donut, inukshuk—Mounties for gawd’s sake. Just for being certifiable. How Canadian! I might have been ranting a bit to Myles but I was making a point.

—What do you think of all that? I’d said.

She’d looked up from her crossword. It seemed she’d been listening, but apparently that had stopped when she started thinking.

—How far can loons see underwater?

—Then what are they all doing out there?

As if in a ham-fisted attempt to provide their own explanation, a strong commotion broke out on the water. Splashing and wing-flapping. Desperate ululation.

—Who cares what you think?, I yell out of the tent for fun. You’re just a bunch of dumb birds!