WFF’s Adventure Film Series is dedicated to educating, inspiring and motivating audiences about environments, cultures, issues and adventures through the power of the story. Above all else, it is a gathering for like-minded people who get together to celebrate the wonder of wild places and outdoor adventure.

The series kicks off on Friday, May 19 at 4:00pm featuring seven short films themed ADVENTURE UNKNOWN.

From the bumpy trails of India, to the bitterly cold waves of Iceland, life is full of unexpected excursions. These are the stories of brave wanderers. At 7:00pm, WFF presents the Canadian premiere of Red Bull Media’s latest film BLOOD ROAD, which follows the journey of ultra-endurance mountain bike athlete Rebecca Rusch and her Vietnamese riding partner, Huyen Nguyen, as they pedal 1,200 miles along the infamous Ho Chi Minh Trail.

Their goal: to reach the crash site and final resting place of Rebecca’s father, a U.S. Air Force pilot shot down over Laos over 40 years earlier. During this poignant voyage of self discovery, the women push their bodies to the limit while learning more about the historic ‘Blood Road’ and how the Vietnam War shaped their lives in different ways.

On Saturday, May 20, the series features a 4:00pm presentation themed ADVENTUROUS INFLUENCERS. Whether they’re building national parks or inspiring change in others, these are the ten stories of courageous athletes and groundbreaking artists. Experience their influential and uplifting tales. The program will be followed by a presentation from John Leslie. Cancer took John’s leg when he was 10 years old. The following winter snowboarding changed his life. The Ottawa native is a snowboard Paralympian preparing to represent Canada in the 2018 games. Experience his inspirational story on screen and in person.

At 7:00pm and 9:00pm, the Adventure Film Series proudly presents the Whistler Premiere of UNDER AN ARCTIC SKY directed by Chris Burkard, which follows six surfers who set sail along the frozen northern shores of Iceland, knowing that the largest storm to hit the country in 25 years is about to arrive. Enduring constant darkness and stormy seas, they discover perfect waves and make history by surfing under the northern lights. The film will be introduced by an inspiring presentation from Burkard, an accomplished explorer, photographer, filmmaker, creative director, speaker and author, who joins us from California via Alaska to speak about his latest film adventure.

On Sunday, May 21, the series features a 4:00pm presentation themed LIVING ON THE EDGE. This series features seven short films about climbing. Nothing can stop these athletes from climbing the biggest cracks and sending it. Whether they’re ice climbing in Michigan or setting world records at the age of nine, these climbing legends are making their way to the top. The series will be followed by a presentation from Kristin Gerhart, the co-director of GLACIER EXIT which is part of the series. An award-winning editor and filmmaker based in Los Angeles and a graduate of the Climate Reality Leadership Corps, she is a passionate environmental activist. Join her as she discusses how climate change is affecting people both in Seward, Alaska and around the world.

At 7:00pm, the Adventure Film Series presents the Whistler premiere of GIVEN directed by Jess Bianchi, a simple yet powerfully contemplative story of a unique family legacy come full circle. Told through the visceral experience of a six year old, it follows legendary surfers Aamion and Daize Goodwin from their island home of Kauai through 15 different countries in the quest for surf and to fulfill a calling handed down through generations.

GIVEN will be followed by the short series WILD AT HEART. Meet the wildest adventure personalities in the series. Whether they’re climbing the narrowest cracks or walking the tightest lines, these lunatics have no limits. These three short stories are bound to make you wild. The night will conclude with an inspirational presentation from Spencer Seabrooke. A pro slackliner, the co-founder of SlacklifeBC and the leader of the SlacklifeBC crew, Spencer is always going big and hard, dreaming up and making the epic missions possible. Join Spencer as he talks about cracking the world record for highlining the Squamish Chief, featured in the short film UNTETHERED.

New this year, WFF in collaboration with Mountain Life Magazine, introduces a photography competition to the Adventure Film Series with the winning photo to be featured in the summer issue of Mountain Life Magazine which hits the stands June 1. The top three photos will also be featured online on mountainlifemedia.ca. Photos must be images taken within the Sea to Sky region —Vancouver to Pemberton. The contest is open to all ages and the top ten photos will be determined by an online, social voting system channel through WFF’s Facebook page with the winning photo and runner ups to be selected by a Mountain Life jury. The winner will be announced on the final night of the series on May 21. Submit your photos at: http://whistlerfilmfestival.com/events/adventure-film-series/#tab-id-4

Film and speaker series tickets are $15 per program. WFF Adventure Film Series info and tickets are available online at: www.greatoutdoorsfest.com and www.whistlerfilmfestival.com. 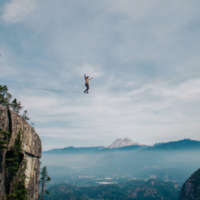 WHISTLER FILM FESTIVAL ANNOUNCES ADVENTURE FILM SERIES PHOTO COMPETITION
The Whistler Film Festival and Mountain Life have teamed up for the Adventure Film Series Photo Competition as part of the Adventure Film Series taking place May 19-21. The contest is open to all ages and the top ten photos will be determined by an online, social voting system channel through WFF’s Facebook page with the winning photo and runner ups to be selected by a Mountain Life jury. The winner will be announced on the final night of the series on May 21… Read more