After a decade-plus on top of the game, photographer Blake Jorgenson admits that lately he’s spending a lot more time trying to downshift and relax. Last October, he travelled to Utah (without a mountain bike) and shot his first narrative movie, a hard-riding, gunslinging Western directed by friend/artist Chili Thom.

A week later, he premiered a passion project at the Banff Mountain Film Festival. The Alchemists follows Blake on an introspective dirt bike ride into the mountains behind Bralorne, BC, a nearly abandoned mining town where time itself even seems to slow down and take an extra minute to enjoy the scenery.

“It might be the first, purely personal project I have ever done,” says Jorgenson. “The past few years, every time I’ve taken a photo, it’s been on a job or for someone else. This came from me wanting to create something with no commercial value or purpose. Something that was just for the hell of it, a piece of art. And for some reason I decided to do a video.”

“The cool thing about video is that you can create a concept, build it, and display it to the world,” he continues. “It’s really easy to show people the full scope of your idea and what you’ve made.” 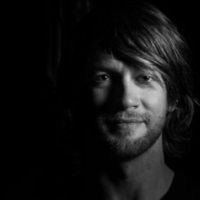 RIDE IT LIKE ITS STOLEN: THE BLAKE JORGENSON INTERVIEW
By his own admission, Blake Jorgenson – one of the most prolific and celebrated outdoor photographers in the world – can be a bit of a slug. “When I’m in loner mode and by myself, I am barely in first gear,” he explains. “And my friends all make fun of me… ” Like the time he lost a snowmobile off the back of his truck somewhere between Whistler and Bralorne … and didn’t notice until he reached his destination… Read more