Tamo Campos is a snowboarder, environmental activist and filmmaker. A founder of Beyond Boarding, a non-profit group of snowboarders, surfers, artists and friends that strive to stand up against environmental and social injustices, Tamo has been spreading his love of the mountains and coast through documentaries such as A Last Stand for Lelu and Northern Grease, as well as writing features for outdoor magazines on the subject of protecting wild salmon. 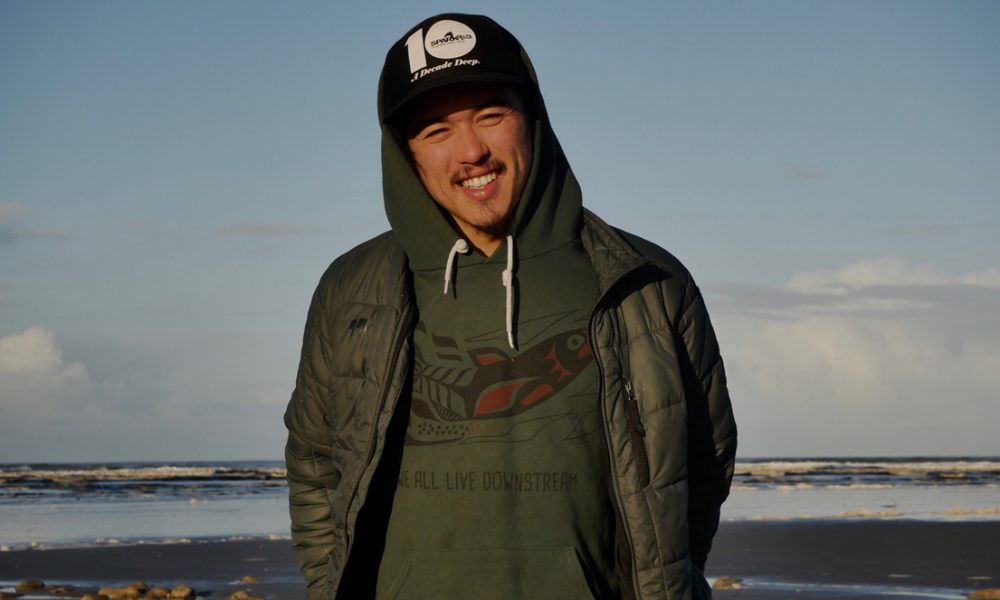 Welcome to MULTIPLICITY.
Thanks for having me. I used to come to WSSF all the time growing up and haven’t made it the last six or seven years. It will be good to get back. It’s always good times and I’m stoked to hear what everyone else has to say at MULTIPLICITY. Jon Turk and Ken Achenbach—legends.

Let’s start with what you’re going to be talking about.
Basically a round up of what I have been up to in the last year. Some splitboarding adventures, a month and half on the Sea Shepherd boat and the film we did on Lelu Island. Calling attention to defending wild salmon, and how inspiring it is to see people stand up and talk about how the outdoor community can be involved in these struggles. 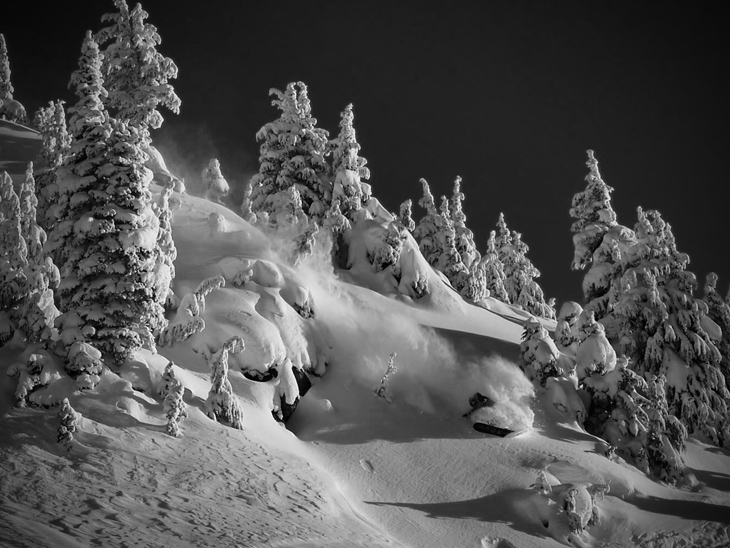 Why do you personally feel the need to be involved in this struggle?
Wild salmon is the lifeblood of the coast. It has supported cultures here for thousands of years and it supports everything we love about British Columbia—whales, trees, clean air. With my films, I like to take a lot of time to decide what I want to do, and it is a lot of time. This struggle for wild salmon caught my eye. Small groups going up against larger forces. I found the opportunity to lift voices through film—these are big powerful stories and people making a big difference right now to protect our wild salmon.

What inspires you to keep going with these projects, when it can all seem so bleak?
I guess because there is so much at stake; the entire coast is at stake. We are so used to hearing stories of how the big guys are unbeatable, but the stories I’ve been fortunate enough to tell and capture on camera are of small communities winning the fight against an extractive industry. They are winning. As an outdoor community we get to go play and take advantage of their hard work.

“We have those fun times in the mountains, but if that is all we do, we are become as extractive as the forces we are up against.”

As a mountain community, it can be easy to just enjoy the mountains without thinking about sustainability.
One of the themes of my presentation is how I spent my whole life in the mountains—eleven days old, out in my dad’s backpack—but there was a big shift for me. Now that I’ve been involved with a lot more movement issues, I realize how important it is that we have those fun times in the mountains, but if that is all we do, we are become as extractive as the forces we are up against. So for me, it was about finding a way to enjoy those good times but also to build a deeper connection to the places we play in, and protect them. 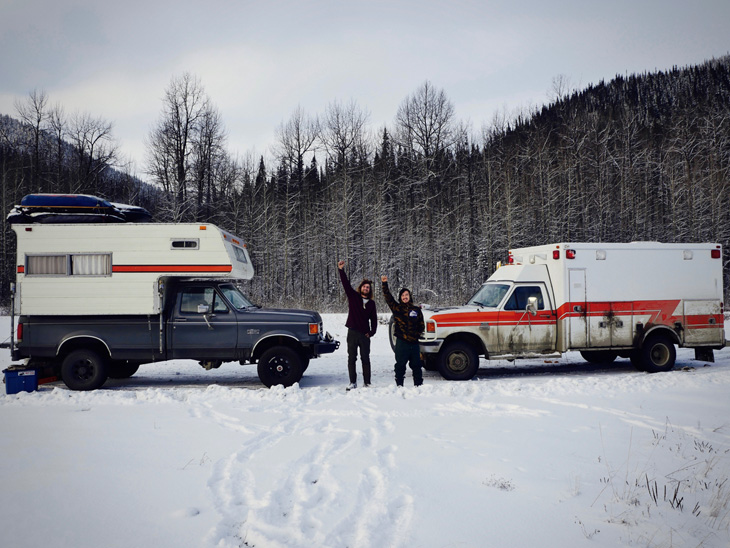 What do you hope the audience takes away from your presentation?
I want the outdoor community to know that you can find those same thrills you get from the mountains in activism and in standing up for the land. We are adrenaline junkies, but there is fun to be had in the battle to make a difference, too. 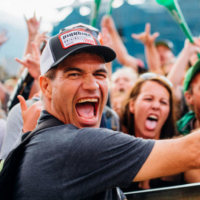 MULTIPLICITY 2017: BRETT TIPPIE AND THE BIRTH OF FREERIDE MOUNTAIN BIKING
Brett Tippie is a legend, no question. He was among the first to snowboard at Sunshine and Blackcomb (at the time two of the only places you could in Canada), he’s competed in over 25 World Cup events and represented Canada on the National Team in Snowboardcross and Giant Slalom. But Tippie is most recognized for two things… Read more 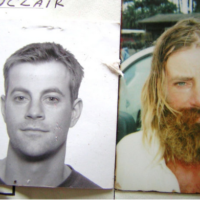 MULTIPLICITY 2017: COLIN ANGUS, THE FIRST TO CIRCUMNAVIGATE THE GLOBE BY HUMAN PROPULSION
Colin Angus is no stranger to watermen and adventurers around the world. He was the first to circumnavigate the globe under human power, in a rowboat. He’s paddled the entire Amazon River and most recently won the Race to Alaska, a 1,200 km slog from Port Townsend, Washington to Ketchikan, Alaska in a boat he designed and built himself… Read more

Adventure stories are best told first-hand and with a hefty dose of authenticity. At MULTIPLICITY, harrowing stories from around the globe are delivered up close and personal by eight world-class athletes, explorers and outdoor personalities. Combining photography, video and top-shelf storytelling, MULTIPLICITY has quickly become the hottest event at the World Ski & Snowboard Festival at Whistler Blackcomb. 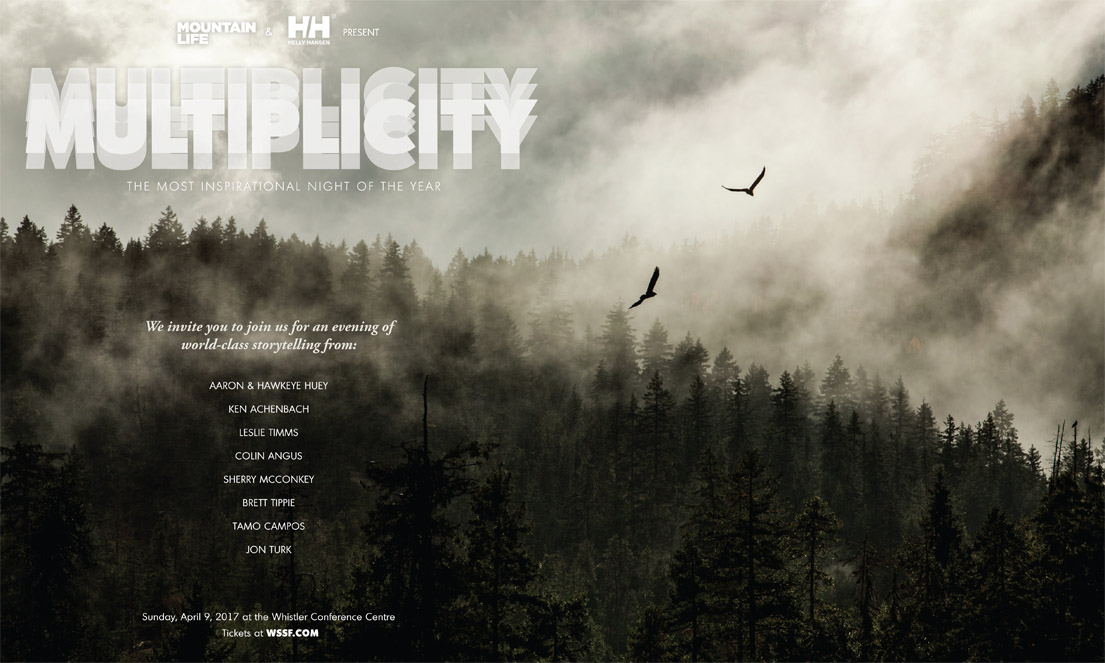 “I was blown away,” says bestselling author and adventurer Bruce Kirkby. “MULTIPLICITY is a beautiful reminder–in this era of distraction, hype, texts and tweets—that a good, simple story is still king. Especially the bare-knuckled, whiskey-scented, gut-wrenching, mind-scrambling, tear-laced campfire variety.

A flagship fundraiser for the Spearhead Huts Project, the event has been described as “a TED Talk on adrenalin,” and “the most inspiring night of the year.” Kirkby, the MULTIPLICITY keynote speaker last year calls it “the biggest, brightest story- telling gathering of its kind. Grab yourself a seat before they’re gone.”