It’s hard to believe there was anything new to publish on the 60th anniversary of the famous 1953 first ascent of the world’s highest, most beleaguered peak. But such is serendipity and the high cost of printing photos, that not only was there abundant material yet to be seen, but it came from the archives of George Lowe, a key climber, filmmaker and photographer on that triumphant expedition.

The Conquest of Everest: Original Photographs From the Legendary First Ascent

by George Lowe and Huw Lewis-Jones 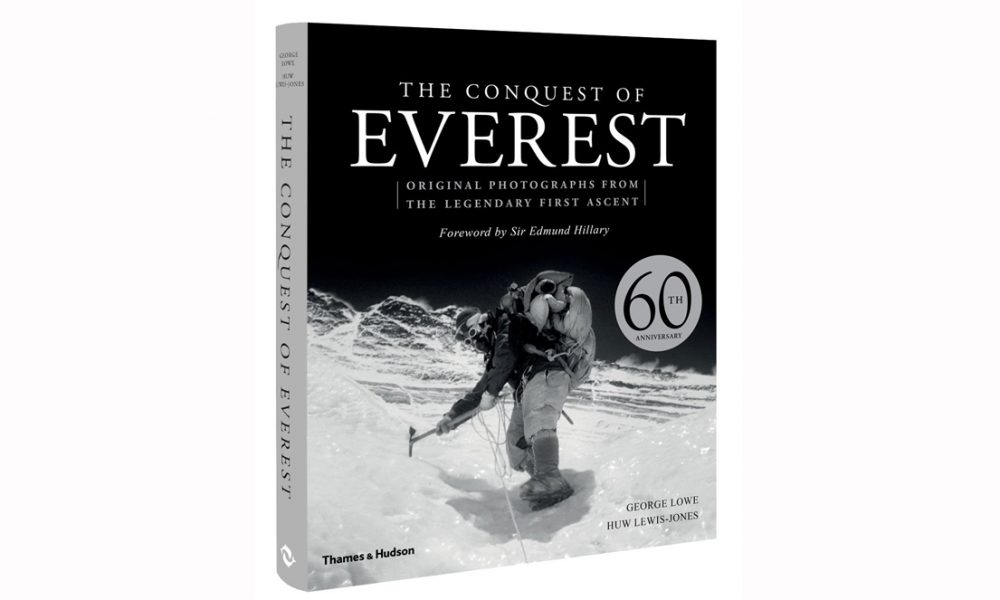 Although the coffee-table volume trades on its outstanding imagery and historical material, there’s yet another story to be told of the climb, this from Lowe’s point of view. As expertly handled by editor, exploration historian, and award-winning author Lewis-Jones, the narrative of the stalwart, often-overlooked Lowe is buttressed by recollections from a star-studded cast of Everest luminaries, including a foreword by fellow New Zealander, Sir Edmund Hillary.

A decade in the making, Lowe outlived all his 1953 expedition mates only to pass two months before publication of this significant gift to the annals of climbing, over which students of Everest lore will no doubt geek-out big time.