This weekend, New Zealand will celebrate the 60th anniversary of Scott Base, one of the oldest research facilities located in the international territory of Antarctica. To mark the occasion, Antarctica New Zealand will host a first-of-its-kind event on ice, broadcast around the world: TEDxScottBase. 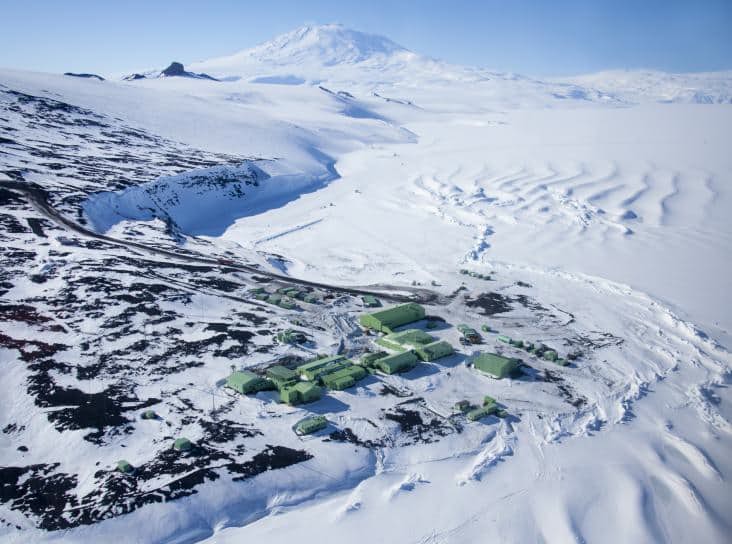 Twenty-one years ago, TEDxScottBase presenter Jeremy Moon launched Icebreaker from his native New Zealand. With next to no experience in the apparel game, his goal was to make low-impact, high-performance apparel from renewable, natural sources. Icebreaker has since evolved to supply over 5,000 stores in 44 countries.

Only those who are already in Antarctica undertaking or supporting scientific research missions will be able to attend the live, but TEDxScottBase will be relayed to the world in a unique cutting-edge fashion. Not only will the event be broadcast in its entirety around the globe, but live viewing events led by TEDxScottBase Hosts will be held worldwide.

Hosts will facilitate discussions between their viewing event communities, local experts and, where possible, the TEDxScottBase team and speakers, as well as create a dialogue on issues and subject matter which emerge from the TEDxScottBase event. All of this will take place one week after the event itself. Click here to find a broadcast time or viewing party near you.

From TEDxScottBase: Jeremy holds a Bachelor of Commerce and a Master of Commerce in Marketing from Otago University. A leading figure in the sustainable business movement, Jeremy was named a Member of the New Zealand Order of Merit (MNZM) in 2008 for his services to business. Jeremy also chairs the New Zealand Government’s Better by Design group which helps companies to become competitive internationally by integrating design principals across their business.