The picturesque Rideau Canal, the world’s longest skating rink, will see more than just families having fun and parliamentarians commuting to work this year. The ice is going to get a little heated and far more challenging.

Canada’s 150th birthday has prompted the nation’s capital to celebrate all year round, and on March 3 and 4, Ottawa will host the world championships of downhill ice cross: the infamous Red Bull Crashed Ice. 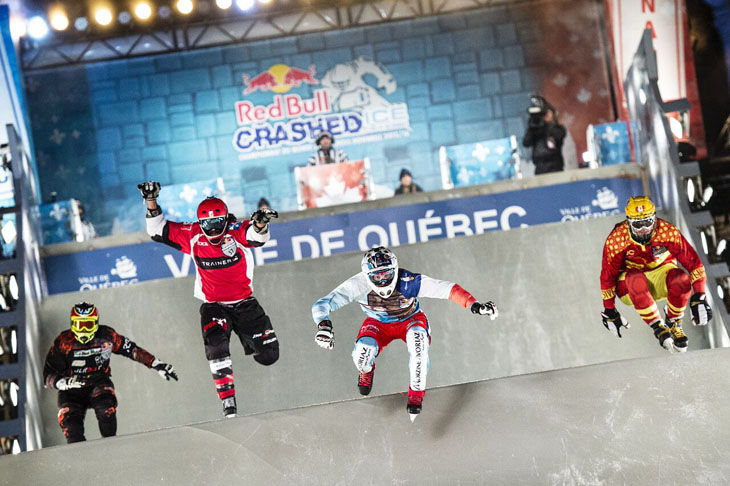 The hybrid sport (also known as skate cross) that originated in Stockholm in 2001 has since travelled around the world. Its inaugural Ottawa championship will wind 400 metres of downhill ice into the UNESCO World Heritage site of the Rideau locks like a bobsled track that twists and dips. Unlike bobsled, a downhill ice cross course also feature kickers and double bends, which 2015 world champion Scott Croxall relishes.

The 26-year-old from Port Credit, Ontario, snagged mostly first- and second-place finishes on last year’s circuit. He first competed in 2009 at Crashed Ice Quebec City, where the track barrelled down over cobblestone streets and around heritage buildings.

Once Scott saw his older brother Kyle first compete in 2008, he knew he wanted in. Kyle, a firefighter in the off-season, has also won several titles—seven first-places—in his near-decade on downhill ice. The brothers have been training together in Toronto, preparing for 2017’s four championship tracks.

Every track is unique, not just a factory set of scaffolding, says Christian Papillon. As Red Bull Sport Director of the world championship, Papillon designs Crashed Ice courses to include a location’s buildings, structures and natural landscapes. 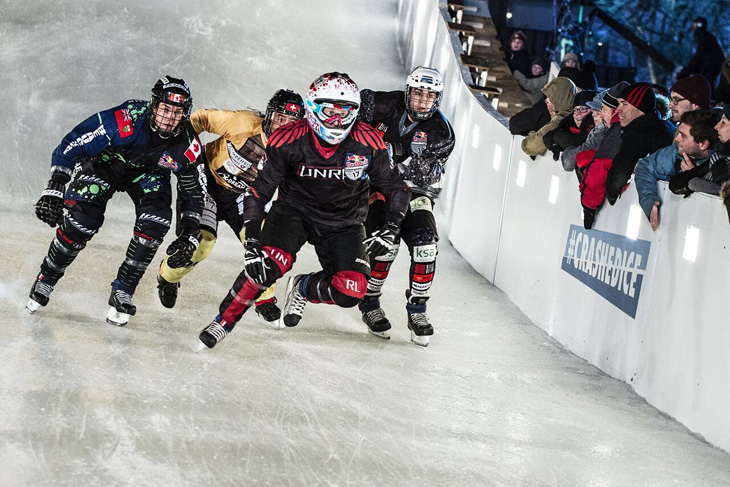 “I want the riders to ride the location,” says Papillon. “I’m not looking to build a 100-percent scaffolding track; I’m making sure to use everything that the location brings in the track.” Ottawa’s flight of locks was completed in the 1830s under the supervision of Lieutenant Colonel John By, whose house sat in Major’s Hill Park overlooking the final eight steps of the canal. A precipice disconnects By’s old backyard from the descending steps and its elevation could possibly lend to Papillon’s design.

“The whole sport is not as dangerous as people think,” he says, always first to test out his own courses. Plus, “the first location visits are usually done around 18 months to two years before the event.”

Safety always factors in heavily in all designs, and every landowner, from local to federal, approves the track before the local emergency authorities also okay it.

Papillon’s first contact with the sport was in 2006 when a few of his friends participated in the first Crashed Ice in Quebec City, his hometown. The next year, he competed and placed fifth at his first race. He made the switch from rider to Sport Director in 2010. 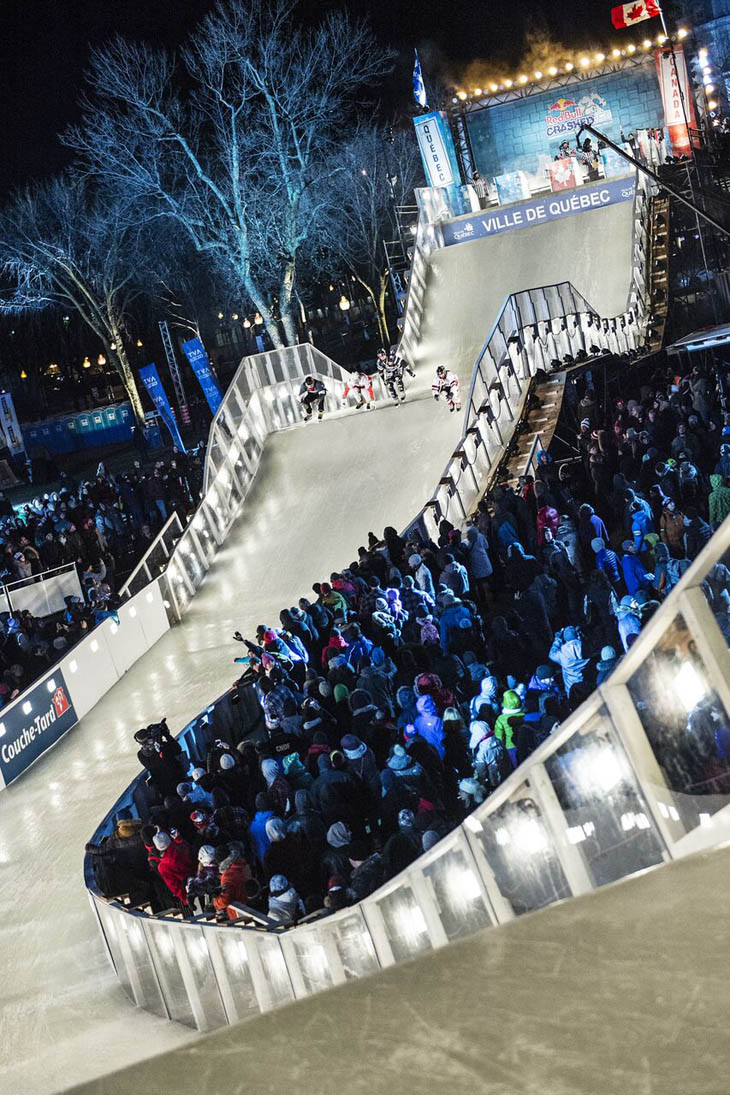 In 2015, an All Terrain Skate Cross Federation was founded in Austria to promote and enforce the sport and its rules. The Federation is growing the sport with the help of national teams and proponents like Papillon, who are all pushing for more events and even Olympic recognition one day.

The best riders need a solid skating base, with strengths in balance and control. They suit up like hockey warriors but the sport is strictly against interfering contact. Action sports like snowboarding, water skiing, or mountain biking can help to develop the speed, power, and stamina that come into play. But air control?

Sometimes, it’s just a matter of hitting a booter off a downhill ice track to train for that. Every course, says Croxall, is difficult. “Add three other guys to the mix and it makes it even harder!”