To honour Blue Mountain’s 75th anniversary we’ve selected 75 highlights by talking to insiders and searching through archival material. In no particular order, these 75 images and anecdotes commemorate life at Ontario’s top resort since that long-ago first season of ’41/’42. 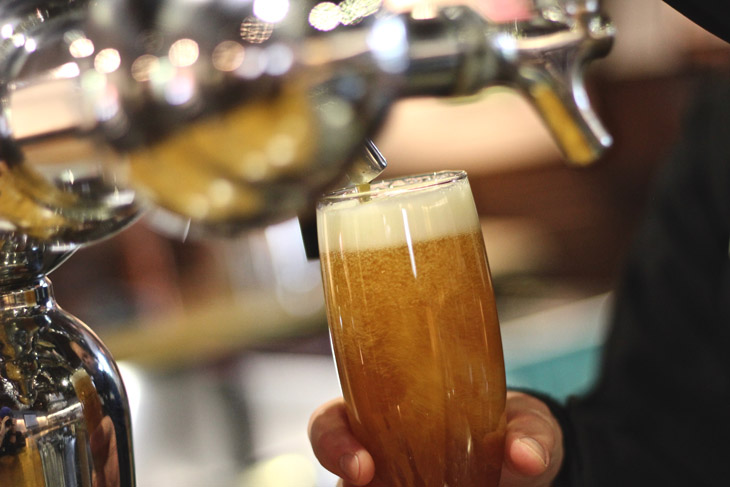 words and photos by Nelson Phillips

It’s 11 a.m. The booths are barren. The lights are still off in Jozo’s. The rolling sound of a cart in the hallway gets audibly closer, then a single keg coasts into view. The beer was available in such limited quantities, no one even knew where it was.

“I thought you guys had it here,” laughs Steph McLarty of Creemore Springs Brewery. “I was about to call Creemore and have some driven over right now.”

One of the best things about skiing and riding at Blue is the après culture. Our backyard mountain has always had massive cultural allure and top entertainment, atmosphere, and culinary offerings that make up one of the tightest snow communities in North America. For the last 75 years there’s always a cold pint pining for you at the lodge, and now Blue is proud to offer up its own sudsy rendition of the perfect après tipper. 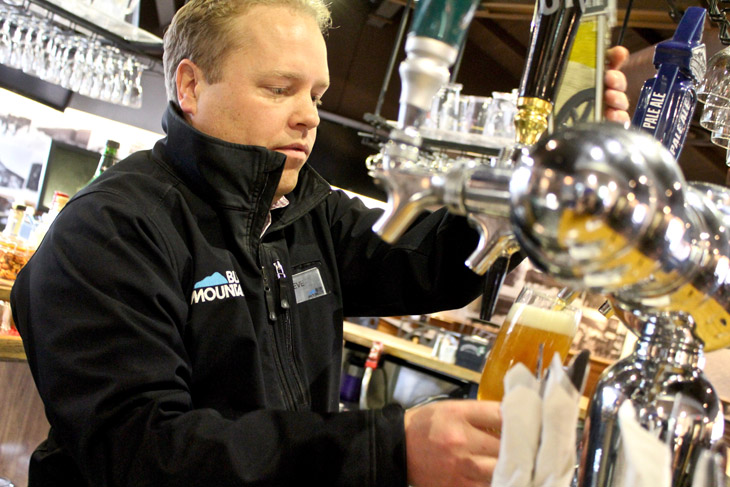 Made in cahoots with Creemore Springs, Blue’s 75th Anniversary Smart Alec Ale is a delicious Kolsch-style brew beaming with citrusy punch and a lovely grainy, bready character with hints of fresh pear, and a delicate grassy hop aroma. Unfiltered with a distinctly auburn hue, its botanical nose is complemented just so by a dry crisp finish.

Concocted by former Northwinds brewmaster Andrew Bartle out of Creemore’s downtown Toronto brewpub, Batch, Smart Alec achieves meticulous balance and raw fervour. It’s like arming everyone in a moshpit with a feather pillow. That’s the stuff. 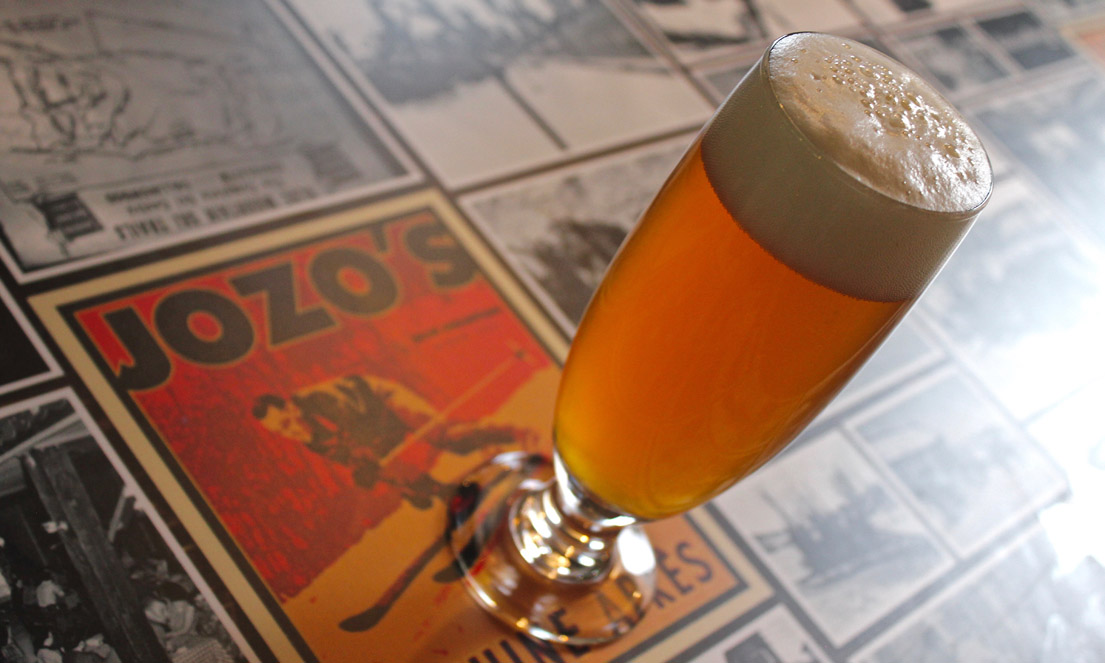 Two sampling events thus far have yielded enthusiastic responses; there’s already some talk about prolonging the run, or continuing this local partnership with another brew in the future.

The brainstorming session that led to Smart Alec’s inception took only an hour, with everyone involved agreeing the final product turned out even better than expected.

It’ll be on tap at Jozo’s and the new Bullwheel Pub located at South Base Lodge. There’s talk about distributing to the Collingwood LCBO and it’ll also be available at the Creemore Springs Tasting Room to (hopefully) take home in 625ml bottles.