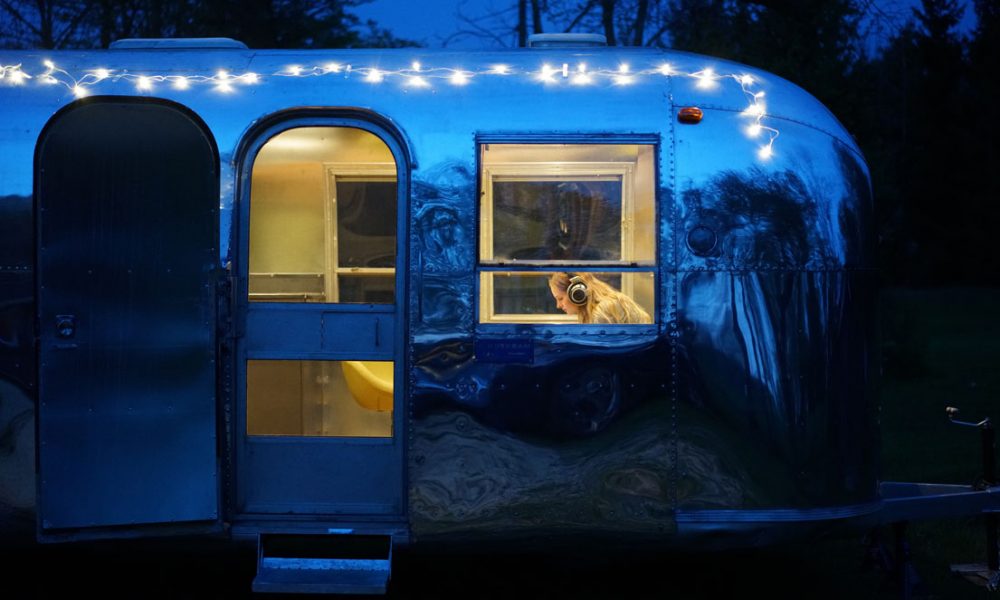 Oakville-based publisher John Thomson had walked past the broken-down trailer in a farmer’s field not far from his home for about a decade. Slumped beside a shed, with grey boards over its broken windows, the 1967 Airstream trailer hadn’t been used in at least 20 years. When it turned out the owner was willing to sell for $1000 just to be rid of it, Thomson didn’t hesitate. 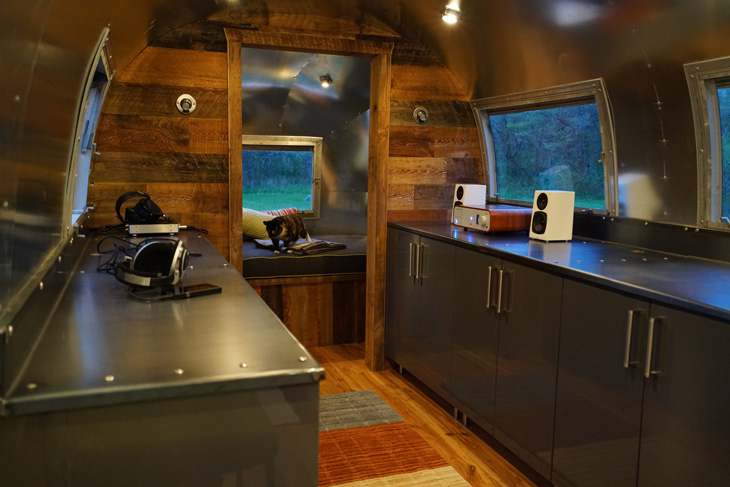 Thomson didn’t want it as a vacation trailer—with a background in high-resolution audio, he had a vision of turning it into a pop-up shop outfitted with listening stations to rent to trade or consumer shows and festivals throughout Ontario and Quebec. It took a while to get there—the interior was so mouldy and mouse-infested that you had to wear a ventilator inside—but today the Wifi Hifi Airstream is a glittering new 50-year-old sublime hunk of upcycled aluminum. 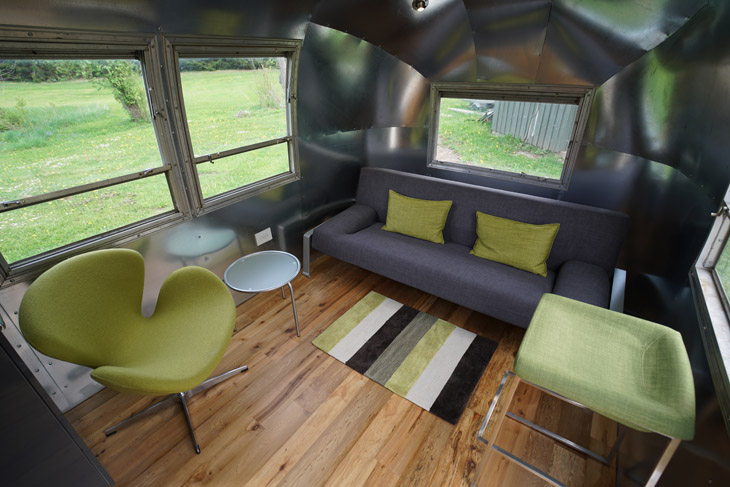 “We are big fans of great timeless design and really, there are few things that have stood the test of time better than an Airstream.”

“We started with all the boring stuff,” says Thomson, “like completely gutting her, re-welding the frame, new windows, fully spray-insulating her so she will sound great, new wiring and so on. Then we got to the fun stuff like adding the metal interior walls, LED lighting, finding the antique flooring and then furnishing.” 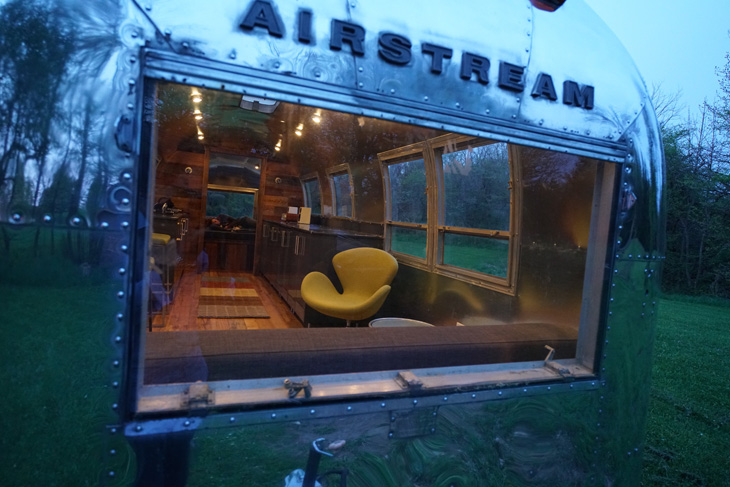 The interior is modular and can be rearranged for multiple uses. But the Airstream brand carries a universal appeal across generations. “We are big fans of great timeless design and really, there are few things that have stood the test of time better than an Airstream,” Thomson adds. “It attracts an audience wherever she goes.”

For more info, check out http://www.wifihifiairstream.com/ 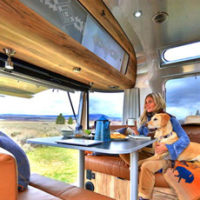 AIRSTREAM CELEBRATES 100 YEARS OF NATIONAL PARK SERVICE
Iconic trailer maker Airstream just announced at this year’s Outdoor Retailer Winter Market in Salt Lake City, which runs through Sunday, a model created for the 100th anniversary of the National Park Service. While the price tag might be a tough pill to swallow for most, clocking in at over $114K USD, the serious nomad with a few extra bills to float won’t blink twice… Read more