The future doesn’t always screech into town with flaming tire tracks and a fully charged flux capacitor. Sometimes it sneaks in under the cover of darkness and sets up a shitload of snowboards in the basement of a slope side hotel.

Or at least that is what Burton did earlier this week when they slid into Whistler during a perfect snap of cold and clear to demonstrate their new  Step On boot and binding system, a 3.5-year project focused on eliminating the time and hassle it takes snowboarders to re-strap in their back leg after every chairlift ride.

“We did some math, just for fun,” said Rob Sprague, Burton’s director of Engineering and Prototyping. “If it takes 30 seconds to strap in before each run, times 15 runs a day, times 20 days a year, times ten years of riding… that’s 300 runs lost.” 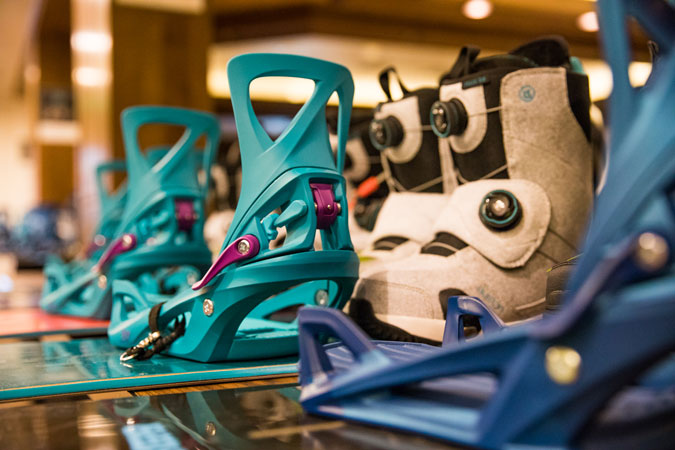 Certainly the numbers would be a bit different with Coast Mountain vertical factored in, but the point is clear–strapping in is a pain in the ass and it wastes time. And Burton is working on a solution. The Step-On system operates with a single attachment point above the heel and a clip on each side of the toes. There is nothing to ice up on the sole of the boot or binding base. The specialized boots utilize a BOA closure system to add that downward pressure feel and everything releases with a single lever below the ankle.

“I am mixing up the kool-aid so of course I am also drinking it,” Sprague added. “But I think this is the future. A step on that rides like a traditional burton set-up.”

Talk is cheap in action sports but the Step Ons definitely piqued everyone’s interest and Burton gave us all a chance to test the new system with a day on Blackcomb mountain and an epic freeride pow day at Powder Mountain Snowcats. 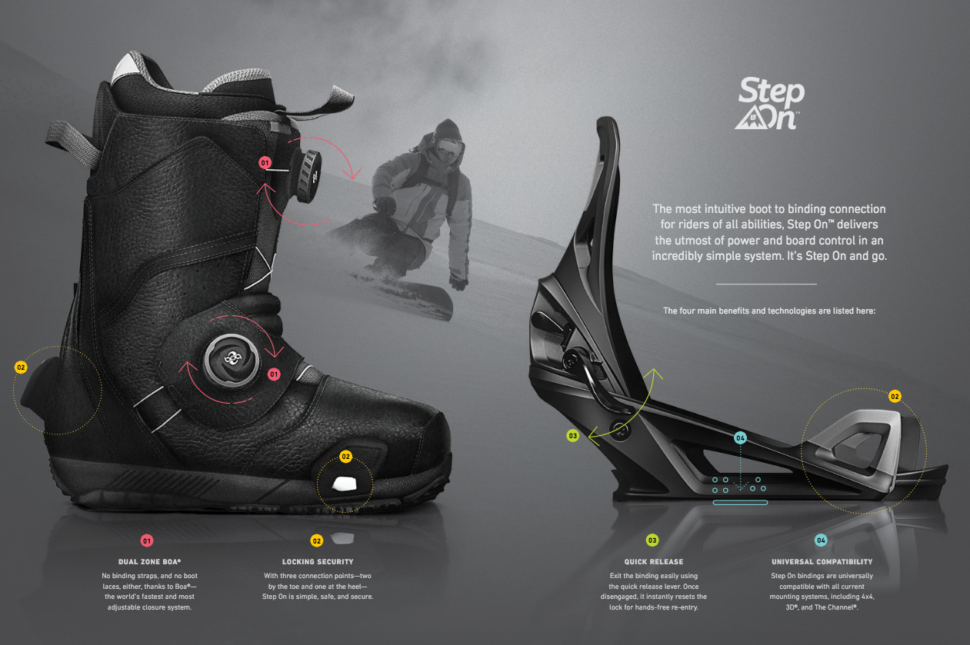 “It was insane,” says Ken Achenbach, who refers to himself as “that guy from Camp of Champions” but is actually one of the founding fathers of Canadian snowboarding. “Those are the future, they are off the charts. I am not a freestyle guy so I can’t comment on that but for freeriding…the first half run I was like, ‘oh I got this new thing’ and ten turns in I forgot all about it because it feels the same. They are honestly genius. I can’t get over how awesome they are”

Ken has always been a forward thinker (he opened Canada’s first snowboard shop) so it’s no surprise he’s signed on to continue testing the Step On system. “I am not scared of the future,” he says. “I want to ride the future.”

King Snow magazine editor (and Whistler shred legend) Jesse Fox was also enthusiastic about the Step On demo but he also knows the snowboard industry will ultimately need to make up it’s own mind. “Everyone will have something to say about Step On,” Fox predicts. “Plug your ears, close your mouth, try the product and then you can start the conversation. It was difficult to arrive at the testing with an open mind, but impossible to leave without one…”

The Step On system is still in a test and development stage but from what we saw and rode, the future of snowboarding might be heel, toe, and go. —Feet Banks