With postcard landscapes, sweeping mountains, ice hotels and cobblestone roads dating back to the 1600s, it’s hard to imagine you’re still in Canada when visiting Québec City. After experiencing that old European flair, you’ll understand why Québec City and Mont-Saint-Anne offer the perfect escape for snow-seekers and city slickers alike.

Sure the big mountains of the West have their allure, but don’t discount a snowbound vacation in the East this winter. Here are five reasons to hit up Mont-Sainte-Anne this season. 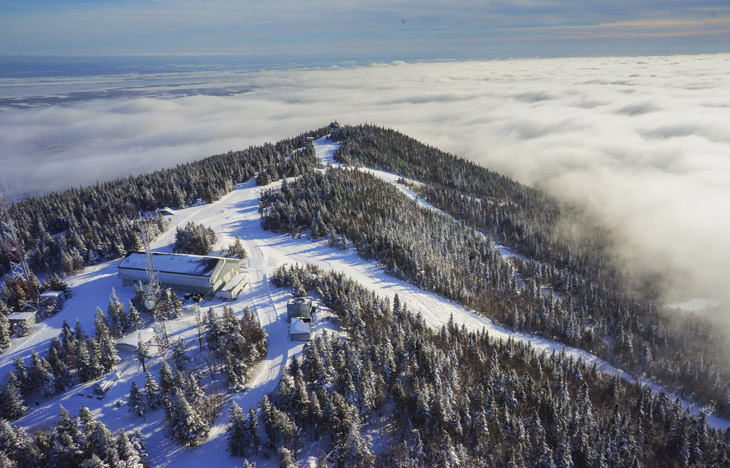 1. Its Proximity to One of Canada’s Most Culturally Rich Cities
Located in Beaupré, Québec, Mont-Sainte-Ane is only 30 minutes away from Québec City, with its beautiful European-influenced architecture and a rich history dating back to the 1600s. If experiencing old world culture is up your alley, you can cruise the snowy, cobblestone laneways in search of well-curated boutiques, floor-to-ceiling wine racks and traditional French fare between days on the slopes. While this part of La Belle Province offers picture perfect getaways all year long, Québec City truly shines in the winter. Mont-Sainte-Anne is also only 30 minutes from Le Massif, another revered Eastern Canadian mountain experience you can check out on the same trip. 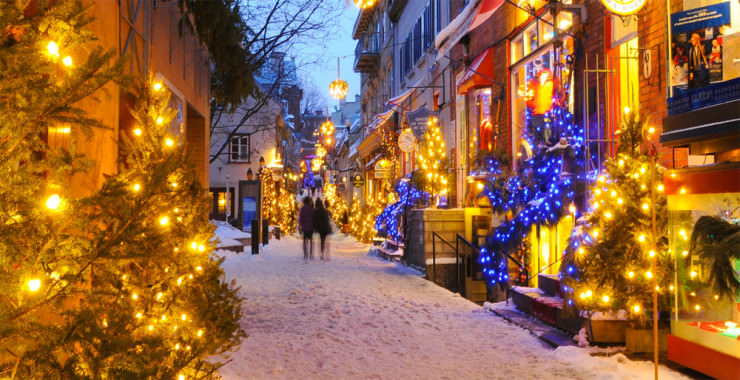 2. The Night Skiing
Mont-Sainte-Anne offers the highest vertical frop for night skiing in Canada. Rising 625 metres, MSA boasts 19 lit trails. But the fun isn’t limited to night skiing when the sun goes down. Mont-Sainte-Anne comes alive at night with festivities. Celebrate the New Year at the foot of the mountain beside the gondolas, where musicians will ring in the year in this white wonderland. 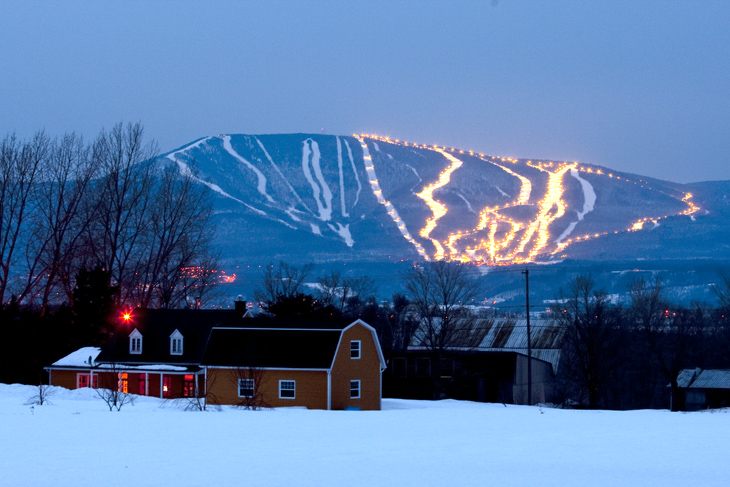 3. Its Rich History
The resort recently celebrated its 50th anniversary, but Mont-Sainte-Anne’s history dates back much further. In 1946, the first run carved out on the mountain (La Pionnière) hosted the Winter Canadian Championships. In 1966, Mont-Sainte-Anne even became the first resort in Eastern Canada to have a gondola. This family-friendly resort, known as “The Côte-de-Beaupré’s crown-jewel”, now has 71 runs spread across three sides of the mountain. Check out the Ski Museum to learn more about the area’s history. 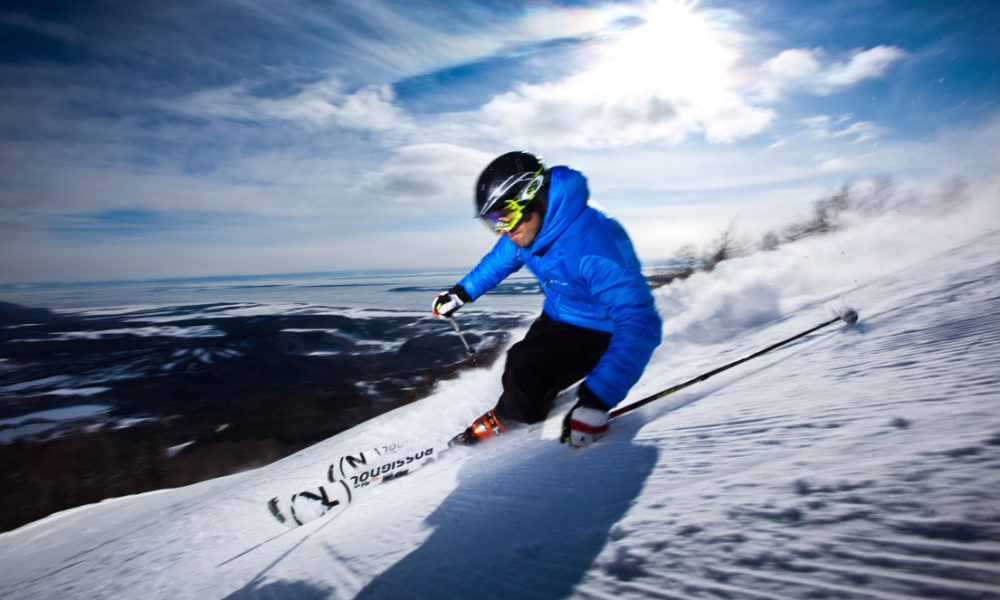 4. The Terrain
Mont-Sainte-Anne is renowned for impeccable snow conditions. With four terrain parks and a boardercross course, multiple alpine touring and cross-country trails guiding visitors through the forest, showshoeing and 26 km fat biking trails, there is no shortage of terrain to explore. And with an average snowfall nearing 5 metres, there’s more than enough of the good stuff to go around. MSA also serves up some of the best gladed skiing in the East.

5. It’s One of the Most Family-Friendly Resorts in the East
Mont-Sainte-Anne has accommodation packages to suit any size family. Whether you’re newly wed and looking for a snow globe of a honey moon, or roll deep with a gaggle of toddlers, MSA can find a package to fit your budget. There are ski schools, daycare services, dogsledding, ice skating, and of course spas for weary parents to relax and rejuvenate. Mont-Sainte-Anne’s chalets and condos are fully equipped with kitchens so you can prepare your own meals, or enjoy nearly a dozen quality dining options at the resort. There are also many more options in town. Just remember, no trip to Quebec is complete without a visit to the Sugar Shack for traditional hot maple taffy, served on a bed of fresh snow and scooped up with wooden sticks. 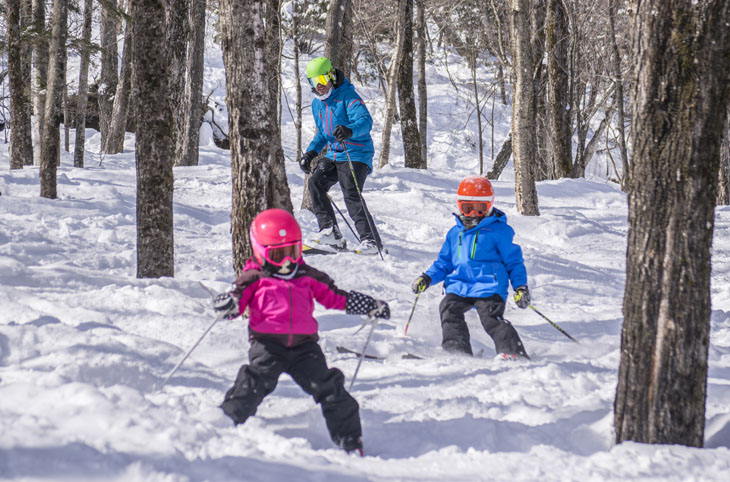 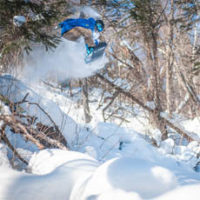 SHREDDING LA VIEILLE CAPITALE: QUÉBEC CITY AND ITS NEARBY MOUNTAINS
Go to Québec City. And do yourself a favour and try your hand at communicating in French like we did. They may laugh at you, like they did at us, but the locals sure do appreciate the sentiment. The culture is addictive and friendly. The riding is second to none, and the people treat you like you’re old friends. Smiles ear to ear and two thumbs way, way up… Read more