A helicopter with attached Gyro Stabilized (GSS) Camera does a slow follow of Nick McNutt down the in-run. I can see producer Steve Jones through the window of the heli giving directions into his head-set and waving his hands around. A snowcat is moving out of the way in the background as two guides throttle shuttle sleds up to the top of the slope for the athletes. Two more cinematographers and two still photographers cover the angles from the ground. The spring sun is bright, there is electricity in the air and over the radio as McNutt throws a huge Cork 7 Tail Grab. It’s hard not to put your adrenaline gland to work while on the set of TGRs new movie Tightloose. 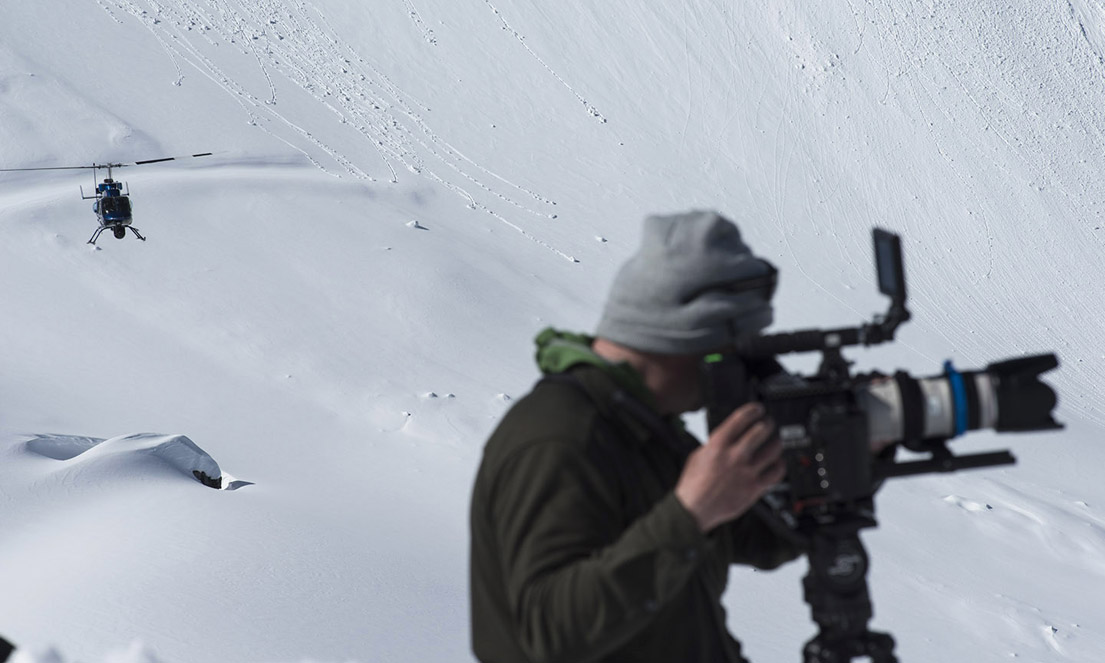 words and photos by Mike McPhee

My first experience with the TGR crew was in Golden, BC several years ago while filming Lost and Found. Seth Morrison, Jeremy Jones and Eric Roner were the athletes on the crew. It was soon apparent that these guys operate differently then most others in the industry. There is an air of amusement and fun around them. The shackles of a stuffy and sometimes conservative ski industry are thrown off with irreverent grins. The thing that impressed me (and still does) is their ability to get things done; organize and capture the shot—all the while exuding a mellow looseness.

Fast forward to spring 2016. We were finishing off our new show at Island Lake Catskiing—Winter of our Content. With ample pow footage in the can, I wanted to round the show out with some big spring jumps and technical tricks. We had been shooting with Nick McNutt a lot, who was also trying to get his TGR segment done. I contacted Steve Jones about maybe sending Nick and a cinematographer to get content for both shows. He got kind of excited about the idea and it turned into a crew of 12 including four athletes and a big GSS camera setup.

We crushed the first day with perfect conditions in the alpine. The boys stuck some big tricks off of a wind lip, some spines and hip jump we had built. The crew was eying up some of the biggest lines on the property and with conditions stable, the guides were giving the green light for the coming days. Unfortunately, things warmed a couple degrees too much and we were not able to do the grand lines that were being drooled over. We retreated to a big man made jump in the alpine that had a killer backdrop.

After a week of shooting, I was again reminded of some of the driving forces behind TGR and their success. There is a playful sense of not taking yourself too seriously, of having a good time and inclusion. There is an optimism and lightheartedness that rubs off on those around them. In this era of corporate brands and over-hyped everything, I take solace in the fact there are success stories like TGR. With a changing industry facing challenges on several fronts, I think we can all take a lesson from TGR. It’s all about fun with your friends, its about individualism and passion for your surroundings. It’s about trying to make a difference.

Congrats on your 21st anniversary! When you started out did you think you would still be making ski movies 21 years later?
We always had the vision for TGR to be much more than a ski film production company.  Our vision was to grow into one of the greatest and influential action sports lifestyle brands of all time.

For the record, can you explain the concept of Tightloose?
It’s really all about just making sure things are as tightened up on the front end so that when things get hectic or loose, the whole scene doesn’t completely fall apart around you.

What are some of the biggest eye openers you have had over the past 21 years of making ski movie magic?
We have had so many magic moments and eye openers it is hard to pinpoint just one.  I’d say in general just realizing that if you stay totally committed you can always find a way and will continue to evolve.

Have you ever participated in a 21 person shot ski?
No, but sounds fun.

You’ve produced many a great segment over the years.  Do you have a couple favourites?
The huckfest on the backside of Targhee for the Continuum. Jeremy Jones and Johan Olafsen in Haines while shooting for Mind the Addiction is definitely a standout.  India for the Tangerine Dream. Roner ski basing in Italy. The first AK Fantasy Camp.

Corporate ski culture can be a bit conservative… You guys seem to buck all that, have a lot of fun and just give’er, which is portrayed through your movies.  How important is having a good time and not taking yourselves too serious to the TGR brand?
It is part of our DNA as people and a company.  We are fiercely competitive in terms of our product but not afraid to look at things differently and with a more irreverent approach.

What’s your view on the state of the ski industry in general?
I am concerned about climate change and the impact it continues to have.  I want to enjoy every minute of it and get better at not taking it for granted.

Where was the weirdest destination you have filmed in?
So many.  I specifically look for the most out there spots- Morocco, Croatia, Bulgaria, Turkey, are a few.

You guys have always included snowboarding as part of your movies and content overall.  Was that a conscious decision or did it just happen organically?  Perhaps your brother Jeremy had an influence?
It was both.  We snowboarded and skied growing up.  Jackson had a very collective vibe between skiers and snowboarders so we were always pretty colorblind to any of that.

Over 21 years, you have witnessed some pretty drastic changes and innovations in ski movie making.  Has it been hard to keep up with technology and innovative cinematography?  What stands out for you?
The biggest standout to me was finally switching from film to digital.  We had one of the first 4kRED cameras before they even went to market.  We are constantly keeping an eye on technology and staying educated so it has not been hard to evolve and stay out in front on that end.

What’s next for TGR?  What do you guys want to accomplish in the next couple years?
We are working on a high level documentary film, pre-production on an Imax, and a new TV series.  We plan to evolve our merchandise line.  A big goal is to keep growing the TGR website and making it the most high-end experience it can be. 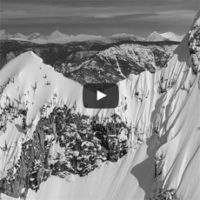