It’s autumn, the leaves are in full mighty-morphin’ mode, the air is wet, it’s still pretty warm, and while you’ve probably thought once or twice about giving your gear a good tune-up, actual riding couldn’t be further from your mind. 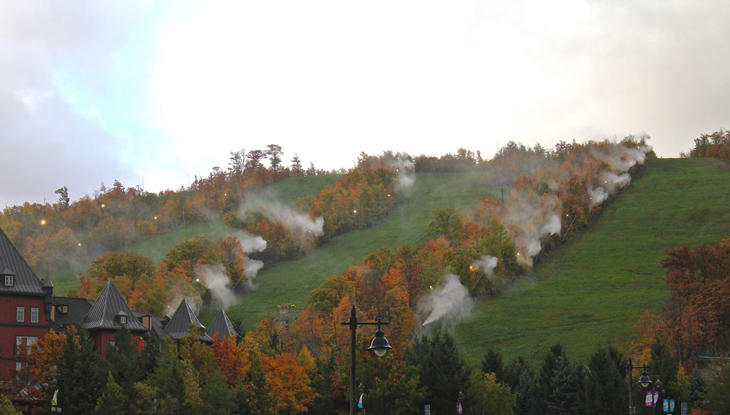 Meanwhile the Blue Mountain Resort snowmaking crew has already sparked up the snow guns for the first time, anticipating a meteorologically near-perfect winter for skiing and riding.

Horsepower-wise, the system tops out at a combined 9,500HP—or the equivalent of 17 Ferrari 458’s with hammers down shredding asphalt—and at maximum operational capacity, Blue can pump 14,000 gallons of water per minute and 20,000 cubic feet of air per minute to make snow. 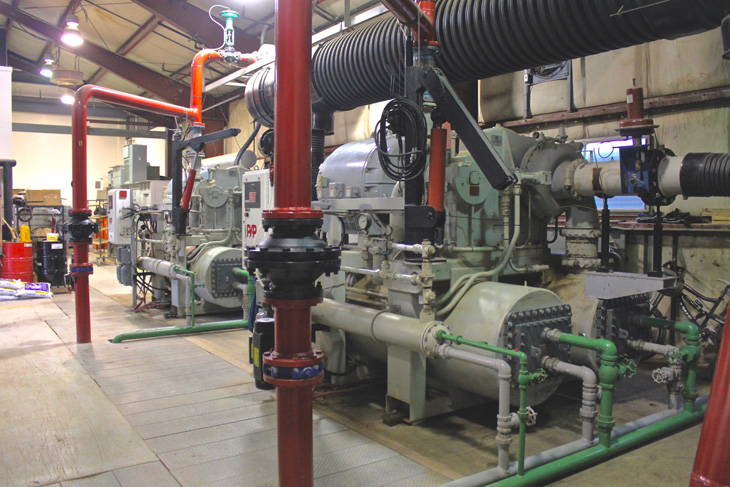 “All summer long the hill is moving,” says Steve Speissman, Director of Slope and Ground Maintenance at Blue Mountain. “We end up with pipe stresses on the hill… Years ago we wouldn’t fire anything up until the end of November or just before we were planning on making snow…. We want to make snow at every opportunity. So if we have a leak we’ll make snow through the leak, if we can.”

Powering up the system now means being ready to go live as soon as the white stuff graces the slopes. In order to have the green light, the crew builds pressure to 600 pounds and holds the lines for a little over an hour, assessing performance and waiting for a burst pipe to show itself. 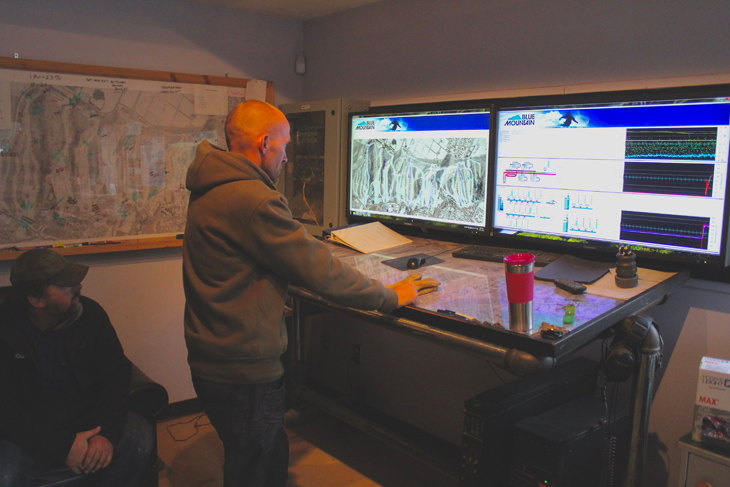 I ask about Steve’s predictions for this season’s snowfall. He squints a little, and I can tell he’s careful with his words, like he doesn’t want to offend the snow gods.

“Weather forecasters can barely predict a few days ahead let alone three months, so typically in the industry we look at all the weather data. We look at things like the Farmers Almanac, El Nino, all that stuff—and then you make a gut decision. Personally, to me… [looks over his shoulder] it feels like it’s going to be an early season with lots of natural snow. That’s just my gut feeling,” says Steve.

Another snowmaker pipes up from the other side of the room, in front of a screen which monitors the pressure levels of every inch of pipe on the hill: “Since the bay warmed up so much this summer, we’re probably not going to see it freeze over this year—which means we’re more susceptible to getting lake effect snow… which is good.” 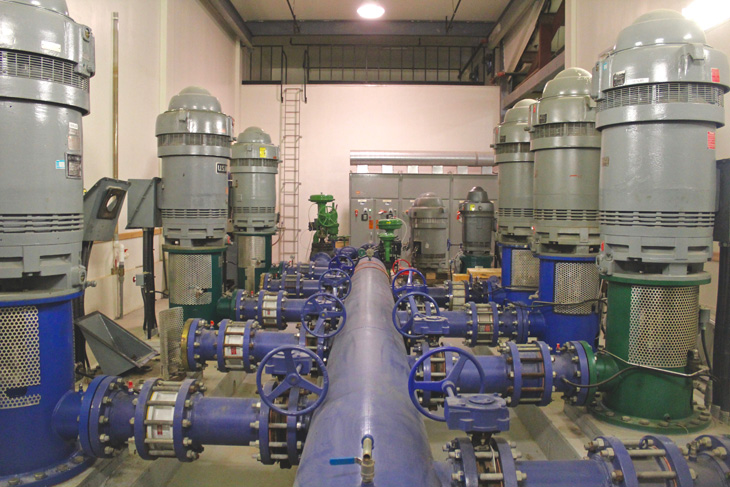 During a tour of the facilities, we step into the compressor room where only one of the four motors is running while the crew test the lines on the hill for cracks and leaks. Even at 25 percent capacity, it’s savagely deafening.

The pumps are located in the same room arranged symmetrically; their single-file steampunk work-ethic reminds me of the set of Fritz Lang’s science-fiction epic Metropolis.

Every year, the snowmakers at Blue prepare for milder weather, given the effects of climate change and warmer, often record-breaking temperatures well into October. They’ve started to swap-out their old snow guns with high-temperature/low-energy replacements, that can make snow at -2.5 or -3ºC. 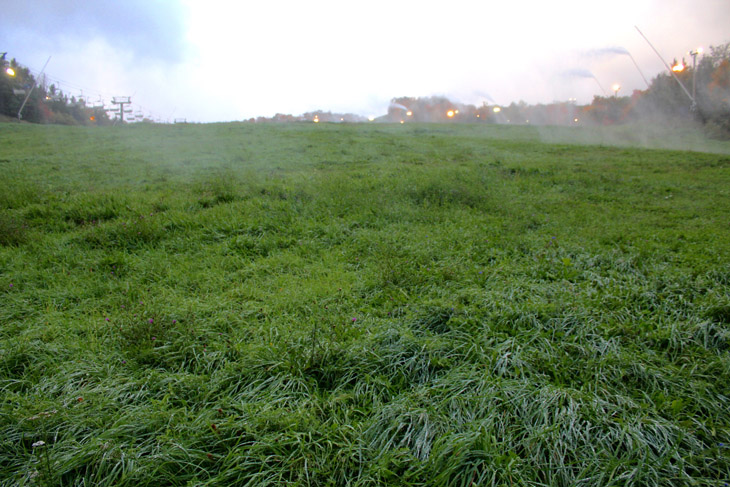 Steve continues: “We’ve always walked that fine line of conserving our energy while making snow at high temperatures. Fifteen years ago, -7ºC was kind of our threshold—and we can make a lot of snow at -7ºC… Last couple of years into December and we’ve barely seen -7ºC. So we’ve had to go back and look at how we approach season start-ups.”

So, armed with updated equipment, increased efficiency, predictions for early winter and heavy lake-effect dumps, the guys and gals at Blue are ready for winter before the early-bird 6×7 Pass price expires. Dust off those tips: winter is coming.