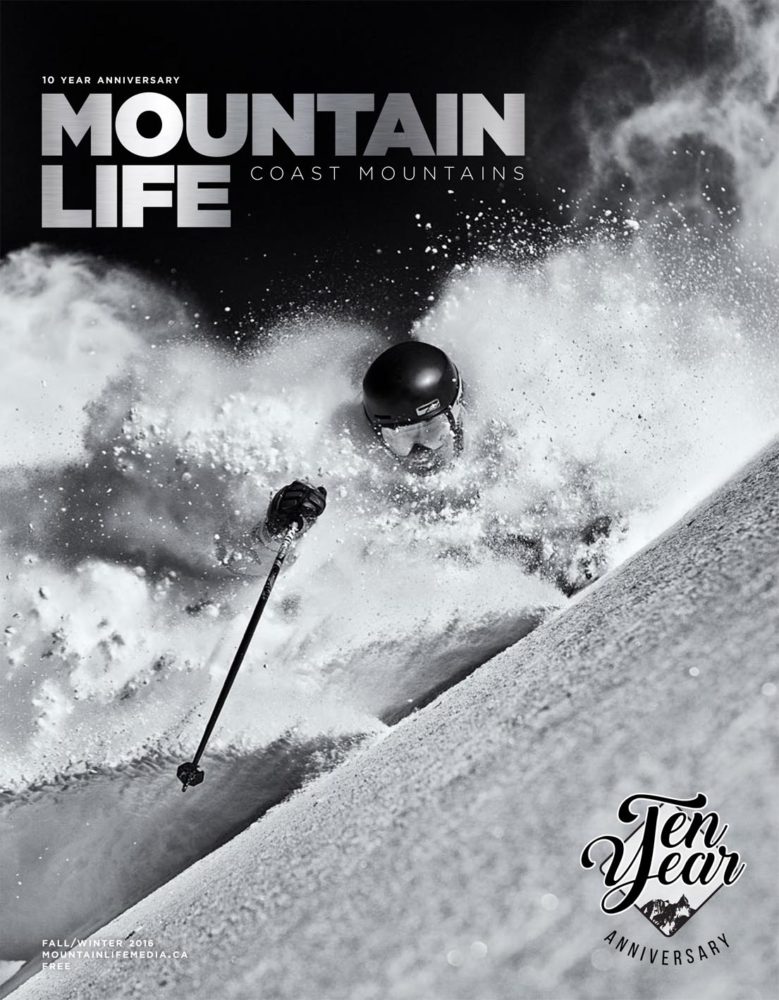 It was Bob Dylan who said, “Time passes slowly up here in the mountains.” And that’s true when you’re out there on the ridge line watching the sun sink away after another fine day. But after a decade of Mountain Life here in the Coast Mountains we think it’s safe to say time also flies when you’re having fun. And it really hauls ass when you’re producing a magazine and making it up as you go.

But we made it. The Ten Year Anniversary issue of Mountain Life: Coast Mountains is starting to trickle into the Sea to Sky’s finest shops and stops. It’s our thickest issue ever and features a mix retrospective highlights, fresh perspectives and jaw-dropping imagery from surf to slough.

Whether it’s passing slowly or zipping by, we’re hoping you find this issue to be time well spent. —Feet Banks 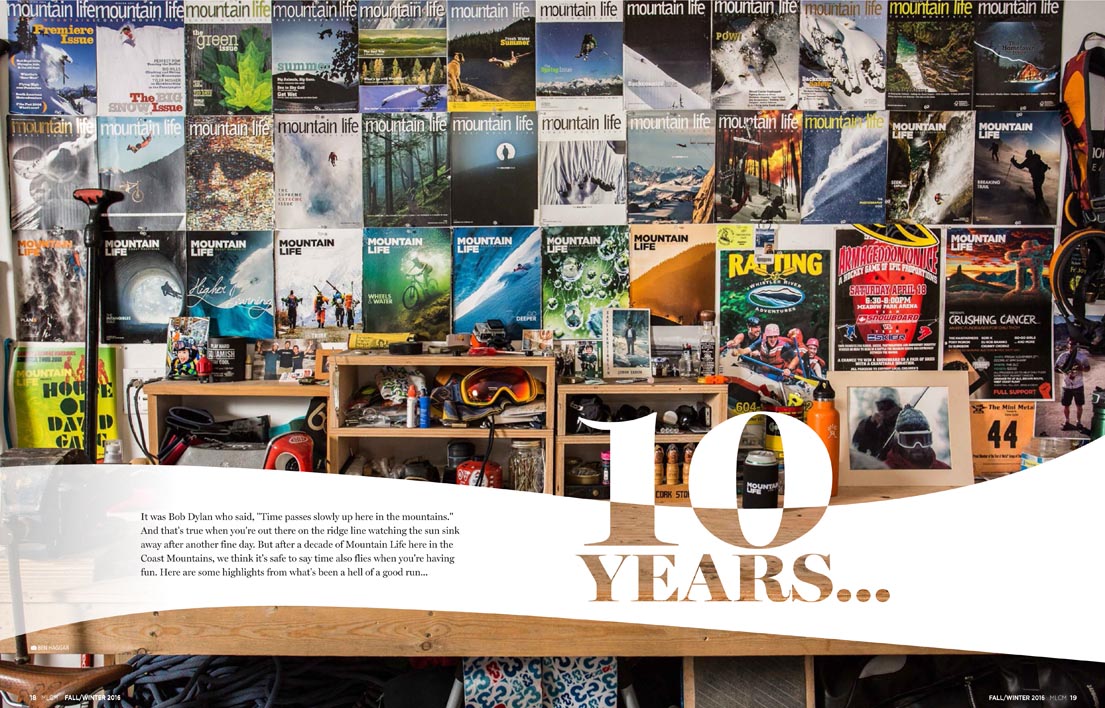 Skiers Standing Sideways
If the best skiers are riding noboards in their spare time does that mean we can finally all just get along? Mason Mashon and Mikey Nixon think so.

The Pehota Way
Pemberton ski mountaineer legend Eric Pehota reflects on family life in the deep wild, the way to know the backcountry, and passing the torch to a new generation. 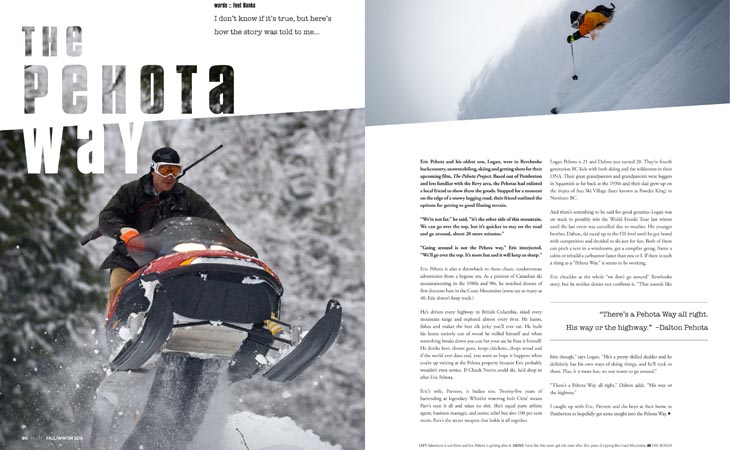 The Dark Ride
Life is good in the mountains, until it isn’t. Taylor Godber starts a conversation about mental illness in the mountains and what happens when living the dream suddenly isn’t so dreamy. 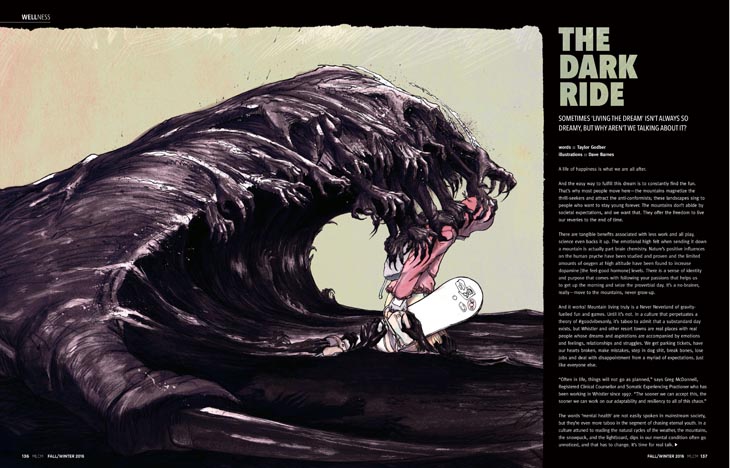 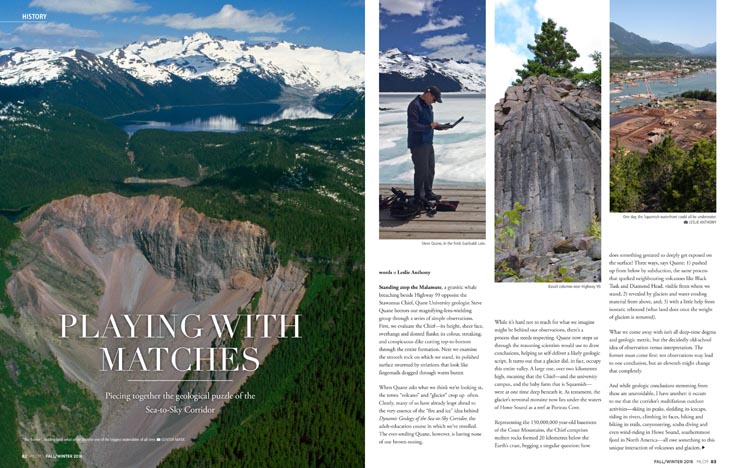 Photo Gallery: Decade of Decadence
Eleven top Coast Mountain photographers discuss some of their favourite images from the past 10 years. 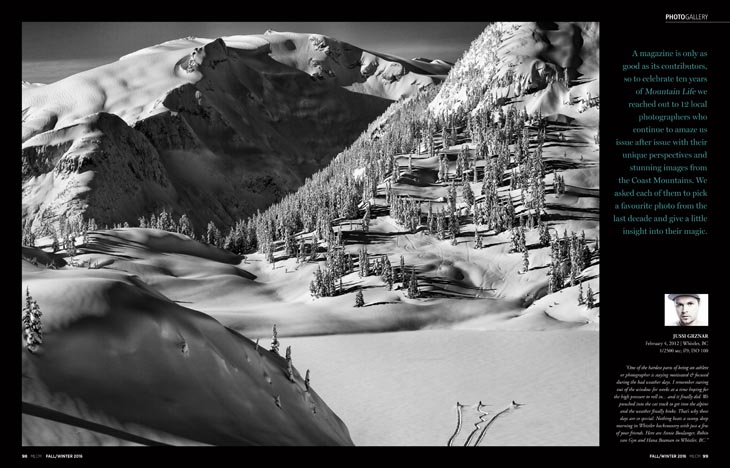 Something Fishy
On the water with Beyond Boarding filmmaker Tamo Campos and Marine Biologist Alexandra Morton as they gather even more evidence on the harmful effects foreign-owned, open pen fish farms are having on BC’s wild salmon. 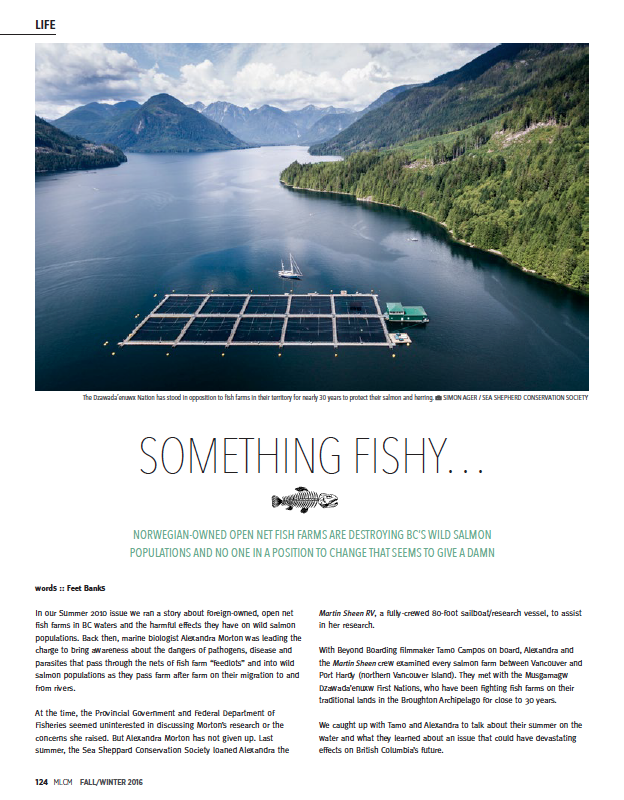 Plus: The Life and Times of a Pizza Delivery Dude, Extremely Canadian Parties, Global Warming and Hot Cheese.

Pick up a copy at specialty retail and hotels in the Sea to Sky.