Every spring, the back and forth of “how many days on hill” echoes off the walls of chalets and local brew houses in nearly every mountain town across the northern hemisphere.

But for a select few, it’s a never-ending season.

For the past 10 years, Andy Traslin and his brother Mike have been embarking on a marathon of self-propelled ski touring adventures and, through sheer tenacity and a hint of sibling rivalry, managed to earn their turns in 120 consecutive months—that’s a stretch of nearly a decade for the arithmetically challenged.

We sat down with Mike Traslin to get the inside scoop on what it takes to keep the streak alive.

Skiing in 120 consecutive months. Congrats. Did it start off as a plan, or did it just sort of end up in this marathon?
‘Turns all year’ wasn’t planned; it just happened over the years. We actually skied in Argentina one year in September and had skied a few PNW volcanoes in June, July and August—Baker, Rainier, Adams, Shasta—but didn’t complete a season or even make a ‘turns all year’ connection. We did realize that this could be possible after starting the season in October a few years later.

Has it ever felt like work? Like, ‘Ah man, we gotta go out again so we can keep up the streak.’?
Yes, especially when you get to August and September—the hot days of summer, when there are so many other activities you could be doing, like going to the beach, mountain biking, rock climbing, skateboarding, tennis.

“With so many options for skiing all year round, as long as you’re motivated to walk with skis on your back, you will ski.”

Has it all been self-propelled backcountry?
Yes, all earned and self-propelled—hike, skin, climb and bike assist to get to the snow sometimes.

It can’t be getting any easier with the seasons we’ve been having lately.
For sure, but we live in a good base area, two hours from the Mt. Baker area; this our go-to zone, my personal favourite. With so many options for skiing all year round, as long as you’re motivated to walk with skis on your back, you will ski. Whether it’s a shorter go-to patch close to the ski area like Ptarmigan Ridge, or the volcano of Baker, there are so many options and routes you can do. There’s the standard Coleman/Demming to the Coleman Headwall North Face to South Face routes. My brother and I are close to 50 combined summits, as well as five different ski descents. From the mellow to the classic, steep, 3000-foot ski mountaineer descents on the North Face. Last season was a good season. We actually finished our first ‘turns all year’ cycle on the North Shore mountains—desperate skiing but manageable. Through chance photos on Instagram, I discovered a photo that was a permanent snowfield beyond the peak of Mt. Seymour. It’s even written on the map. But yes, two and three years ago we had low snow years. ‘Turns all year’ was difficult.

Was there any close calls to missing a month, did you just squeak any in?
Yes, when you leave it too late in the month and you stretch it out. The margin gets close. You’re car can break down, a small injury, a knee tweak or pulled back. It gets tighter. There was a time we were hiking in the pouring rain on Ptarmigan Ridge. No visibility couldn’t see any snow or glacier. That definitely tested our patience.

Where have you travels taken you?
The past few years we’ve had a good run for ski world travel: Norway, Sweden, Denmark, Japan and Chile. We’ve skied off a peak in four continents and trying to get to seven. In the past we focused on expedition style skiing in the bigger North American peaks: Mt. Waddington, B.C.; Mt. Logan, Yukon; Denali, Alaska. Plus, the ideal spots are on the volcanoes for ‘turns all year’ in the U.S.—Washington, Oregon, California. We’ve been all over B.C. We truly live in one the best places in the world for backcountry skiing. The terrain is infinite. The Sea-to-Sky backcountry always delivers the goods.

Favourite travel experience along this journey?
I would have to say the Japan trip. We actually skied in late May. Not your typical time to go. But it went well for a ski mountaineering trip. And it was great experiencing the culture. We managed to pull off the fastest known time on the Three Peak Challenge in Hakuba Sanzan. Climbing and skiing Hakuba’s three highest peaks in a day. Plus, a fun ski descent from the top of the famous Mt. Fuji.

Does it ever just hit you, like, “Holy cow, it’s been 10 years”?
Absolutely. Time flies, like they say. You better stop and look around once in awhile, or it will pass you by. It’s cool to have a goal—reach that 10-year plateau in one piece. That’s a lot more days in my life that I got to ski. When I was a kid, during the summer months, I couldn’t wait to ski. ‘Turns all year’ makes it possible.

Has it been you and your brother the whole time?
We’ve done a lot of these trips together and kept the streak even. But over the years we’ve done plenty of our own trips and ski projects.

“Time flies, like they say. You better stop and look around once in awhile, or it will pass you by. It’s cool to have a goal—reach that 10-year plateau in one piece.”

How do you keep from driving each other crazy?
We don’t; it’s not possible. We just go anyway. It’s worth it when we pull it off. Or I just say, let’s meet at the local hockey rink, we can work it out there.

Is there any sort of sibling rivalry, like you both have to keep doing this, because the first one to bail loses?
For sure. There’s always a healthy level of competition. It pushes you to go harder and faster. We don’t have to keep doing this journey; it has just been a part of our life. There is no winner or a loser; we just hope to keep the streak going as long as possible. 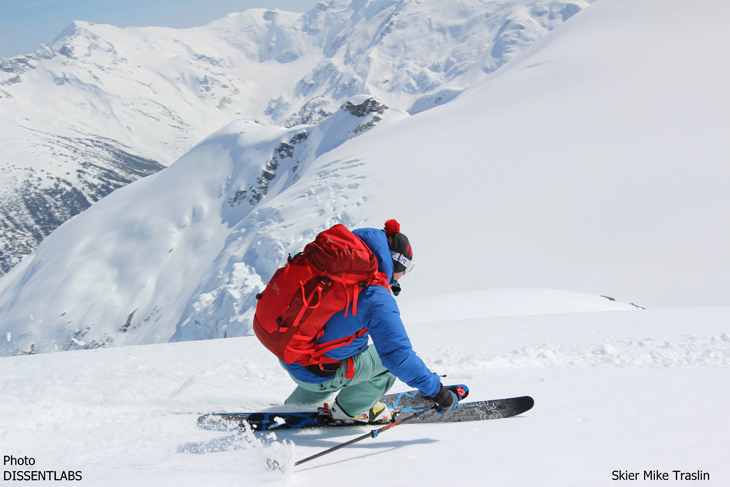 What are the most important things you’ve learned in the last 10 years of doing this?
Be patient and have fun. Do the work and enjoy the journey. There will be highs and the lows along the way.

What are the biggest changes you’ve seen in backcountry skiing since you started this journey?
The tech advancements in gear: skis, boots, bindings—like the G3 Ion—and lighter clothing. The gear helps you go faster and longer in the day and save you energy for the descent.

Have you seen backcountry grow in popularity during this time?
Yes, with the advancements in gear and clothing and information, it’s made it more accessible. When people get that taste of fresh snow and exploring the beauty beyond boundaries, it’s hard not to want go back. Plus there’s the price of lift tickets and restrictions of on-hill skiing—it’s just pure freedom in the backcountry. 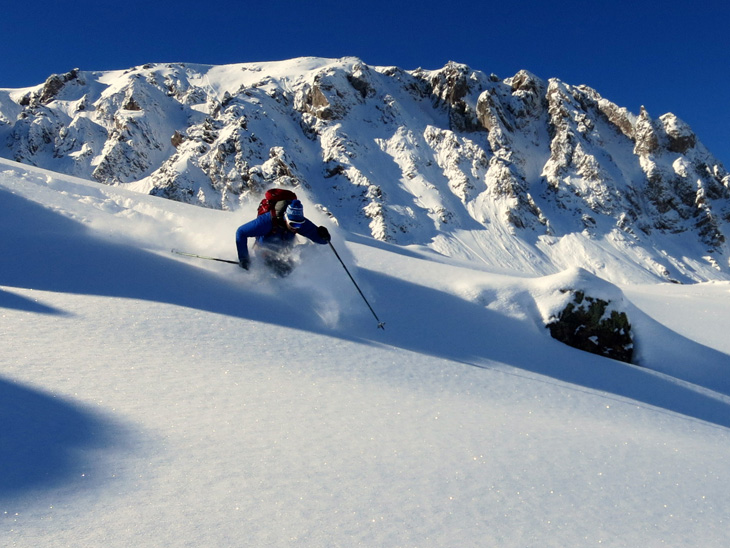 Has its growing popularity made the mountains more dangerous?
Yes, just by the numbers, more people heading off into the backcountry. Last season, I personally experienced multiple skiers above and below slopes at the same time. With social media, people posting photos of skiing every single day, but not showing exactly when the photos were taken. Things can change in mere minutes. Backcountry skiing is a dangerous sport—don’t get complacent. On the flip side, there’s way more information available out there through courses and avalanche bulletins.

“We don’t have to keep doing this journey; it has just been a part of our life. There is no winner or a loser; we just hope to keep the streak going as long as possible.”

Any advice for someone new to backcountry skiing?
Take an avalanche course, and a basic first aid course. Study the weather and avalanche bulletins and dial in your ski technique. Take a lesson. It’s a lot harder to ski with a daypack on in complex terrain when snow conditions aren’t ideal. Not every day is a powder day. Buy a ski a pass and get the mileage. Cross-train in the offseason. Hurry up and wait.

Do you plan to keep going? What’s on the agenda for this season?
As they say, streaks are meant to be broken. But, as long as we are fit and healthy and motivated, we’ll keep going one month at a time. Once you’re in the winter months, you’re just skiing and not think about any streak. This season we’re going to focus on backcountry skiing in B.C. and skiing some steep lines. I really enjoy the steep ski mountaineering—climb what you ski. I hope to get a big trip on one of the other continents, too.