The surge of whitewater rocks me up and down in my kayak. Waves of nausea and pain pulse in my head and chest. I grab the wet rocks, trying to ground myself in the swell of the eddy. I look at the tops of the trees waiting for the intensity of the pain to pass—I smile to appear OK but it’s just a mask. It’s been three years and three months since I sustained a mild traumatic brain injury (TBI) and this isn’t my first time back in a boat. It’s my fiftieth. These symptoms are my constant companion. But I’m in a kayak again. I am determined.

When people find out that I paddle whitewater and have a head injury, the most common response is: “Did you hit your head on a rock?” Their assumption makes sense. But unlike many athletes who have sustained TBIs, mine was not a sport-related accident.

It was summer in the Ottawa Valley. I arrived at a party one evening and before I had time to open my beer, an overly excited and intoxicated friend picked me up over her shoulder, stumbled and swung me head first into a deck post. It was not an act of ill intent but it was an act of stupidity. And it changed my life forever.

Healing from a TBI is not like healing from a broken arm. There is no protocol of recovery—no cast to cut off in six weeks, no victorious first day back on a bike or board. There is no such thing as life after a brain injury, only life with one. I’ve learned to work with my limitations and I’ve made significant changes to my life.

“These symptoms are my constant companion. But I’m in a kayak again. I am determined.”

The invisible daily struggle of living somewhere between a hangover and a migraine caused serious depression. I was devastated by the fact that my life as a young adult was reduced to being unemployed and living in the dark at my parents’ house. For almost five months I either slept or lay awake in a dark, silent room. I couldn’t read, go on the computer or watch TV because of severe light and noise sensitivities. A conversation with more than one person was challenging. Attending social situations was impossible. My days were reduced to one or two tasks. Bake muffins. Wash dishes.

Acceptance was the key that unlocked my journey to healing but it didn’t come to me overnight. It was a slow process that took years. At first I thought acceptance meant giving up, that accepting my injury—and the fact my life would have serious limitations—meant that I was accepting defeat. But over time, I learned that accepting my injury just meant being realistic. Accepting my new limitations allowed me to start the second stage of my healing: adapting. The time I spent in darkness gave me the chance to think about the steps I would take when I was healthy. I didn’t give up on my dreams and goals, I tweaked them. Like loading a slingshot and slowly pulling it back, I was preparing to launch. 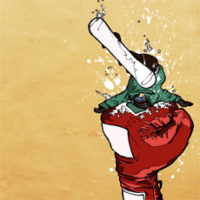 CONCUSSIONS ARE ON THE RISE: HERE’S WHAT YOU NEED TO KNOW
Right after the bail, pro snowboarder Mikey Pederson’s first thought was that he couldn’t remember if he was in a relationship or not. Five minutes later he still had no idea – ‘single’ or ‘taken’? Eventually, he had to just make the call: ”Oh hi, umm … are we dating?” Memory loss is one of the most distinct, indicative and profound symptoms of a concussion, the most common type of traumatic brain injury that occurs practically every day in action sports towns like Whistler, where people ride hard and fall harder… Read more

A brain injury is the result of damage to nerve tissue and is most commonly caused by an impact or deceleration of the brain. The science is new and the long-term effects are still mostly unknown. Unlike joints or organs, scopes are not an option for the brain and CT scans and other tests are not always a reliable way to determine the extent of the injury.

My parents and friends became my health advocates. I saw physiotherapists, chiropractors and massage therapists. I visited vestibular therapists, neurologists and brain injury specialists. After years of seeking help, I found combinations of treatments allowed me to get my life back. During two weeks at a chiropractic neurology centre in Atlanta, Georgia, doctors used simple eye movement exercises and complicated machines to re-route my neurological functions around the damaged part of my brain. They restricted my diet and tweaked my already whole food–based, vegetarian diet with a focus on increasing iron absorption and limiting inflammation-causing foods.

I experienced huge improvements, like being able to concentrate and hold a conversation. I didn’t need sunglasses indoors. My nausea decreased significantly but I still had debilitating headaches, a type of pain that is difficult to describe. After a month of low-intensity laser-light therapy treatment in Toronto that focused on reducing inflammation, I was able to start light activity such as short runs and bike rides. I re-introduced paddling, then whitewater.

When I lost my ability to be active, I lost a large part of my identity. I defined myself through sports and I felt lost without them. So I sought new, gentle ways to challenge my body and mind. I ate with my left hand and did Sudoku. I visualized running rivers, surfing waves and biking trails. First forwards, then backwards. I practiced meditation and gentle yoga at home. Meditation has been a big part of in my journey towards health as well as forgiveness, which it is an ongoing battle.

There would be no more aerial tricks and or big boofs, but slalom kayaking became an outlet for my competitive drive and satisfied my whitewater addiction. As I recovered, slalom was what I was working toward. A new goal. Some doctors told me to give up whitewater—that the risks were too high. But the professionals I trusted told me that I could get back in whitewater but I needed to take care of my head.

Some of my family and friends are concerned that I’ve returned to whitewater and sports. I now must take many precautions and have to think twice about everything I do but it’s been my choice to adapt rather than give up. 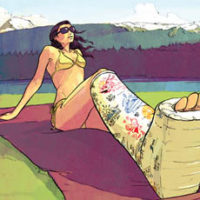 WELLNESS: THE FIVE S’s OF HEALING
Recovering from adventure sport injuries doesn’t get easier with practice. It’s as much a mental game as it is a physical one. Over the years I’ve developed a long list of injuries and a short list of tools that help keep mind and body both fit and happy. These 5 S’s of Healing helped get me through multiple knee surgeries, concussions, broken bones, whiplash and even a broken heart. The journey from cast to saddle can be a long ride, but it doesn’t all have to suck… Read more

My social life has changed forever but my close friends understand why I can’t go to movies, the bar, eat pizza or drink wine. With earplugs in every coat pocket, a travel pillow for daily naps, and the confidence to tell people when I’m not feeling well, I have adapted to life as a mid-twenty-year-old recovering from a brain injury. I no longer throw back beers with my raft guide buddies but, on a good day, I can drop a cube of ice, a squirt of lemon and a splash of tequila into a tumbler and enjoy the mini buzz. Sometimes it flares up a severe headache. Sometimes I have to lie down. Sometimes I can have second drink.

I’m not sure how honest my love of tequila is. Same with slalom kayaking. They are both growing on me, and I’m grateful to have found a way back to sport and socializing. It’s possible my appreciation for both comes from the fact that they are the next best thing.

Now I’m in my slalom boat. The nausea starts to dissipate and I let go of the rocks. As I focus on gates, strokes and moves, the throbbing in my head dulls. It will come back. But right now, the pure joy of putting a paddle in the water makes me feel whole. I feel like myself. Paddling allows me to put the pain behind me for the moment. I’ll continue to make adjustments and adaptations to life as my brain keeps healing. I’m happy to have found slalom and tequila. I paddle out into the whitewater and smile, this time for real.

Carmen Kuntz is in the process of creating an online resource (concussion.wtf) for athletes and young people with head injuries. And Parachute has just released the Concussion Ed app (parachutecanada.org/concussion) 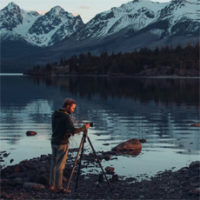 A SKIER’S JOURNEY IRAN: AN INTERVIEW WITH FILMMAKER JORDAN MANLEY
A Skier’s Journey: Iran—a visual journey peeling back the curtain to expose the warmth, beauty and culture of the Persian world—we sat down with Vancouver-based photographer and filmmaker Jordan Manley to discuss the divide between the West’s perception and the realities of life in the region. The film marks the return to life behind the lens for Manley, who sustained a serious head injury while mountain biking that sidelined the project and nearly ended his photography career…. Read more