Epic snow. Big lines. Vast mountains. A historic town complete with stories and legends. Interesting characters. Passionate people. This is Fernie. Where legendary skiing and snowboarding fuses with real stories from locals, pioneers, ski bums and freeskiers in one of the most classic ski towns in North America.

The soon to be released film, Ascent To Powder – Tale of a Ski Town, will bring the Fernie story to audiences starting 6pm EST October 13, 2016 at the Toronto Snow Show at the Ski Television Main Stage, and on digital platforms an hour later at 7pm EST. The film will be shown again at the Toronto Snow Show Friday October 14 at 6pm, and 2pm both Saturday and Sunday at the Ski Television Main Stage.

“We are super stoked about the release of our new film,” stated Jikke Gyorki, Executive Producer. “We wanted to tell the story of Fernie as a ski town through passionate locals and their perspectives – while showing off the excellent powder skiing and riding as well of course!” 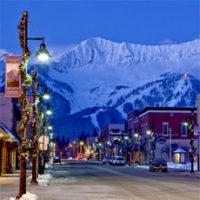 MOUNTAIN TOWN: THERE’S SO MUCH MORE TO FERNIE THAT ITS FAMOUS POWDER
Say the name Fernie to anyone familiar with this picturesque mountain town of about 5,000 permanent residents, and you’ll without fail be met with responses akin to “Tons of snow, eh?”, “Doesn’t that place get more snow than anywhere else in Canada every year?” or “Best powder days I’ve ever had!”… Read more 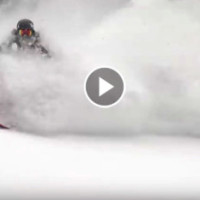 WATCH NICK McNUTT GET DEEP AT ISLAND LAKE
Skier Nick McNutt visited Island Lake Lodge earlier this year to film a new TV show. The powder was deep and perfect for playing around with some butters, tree taps and hero turns. Check the teaser, and watch for the full video set to drop in fall 2016… Watch video