Once again Mountain Life has partnered with the Banff Mountain Film Festival, nine days bursting with stories of profound journeys, unexpected adventures and ground breaking expeditions told by renowned authors, photographers, adventurers and filmmakers from around the globe.

Above and beyond the bevy of monumental films, some of the festival highlights include:

Sonny Trotter — Mirror Wall
Sonnie Trotter is one of the world’s most accomplished rock climbers, becoming the first Canadian to climb both 5.14c and 5.14d. Trotter has made first and second ascents of some of the hardest traditional climbs on the planet including Cobra Crack in Squamish Canada. Trotter joins the Banff stage to talk about life on the sharp end.

Presentation followed by the North American premiere of Mirror Wall with filmmaker Matt Pycroft. In 2015, Pycroft and a team of climbers, including Leo Holding, climbed a new route on the North West face of the Mirror Wall, a 1,200 metre peak in remote Greenland. Pycroft joins us on stage to talk about how they succeeded in the face of challenging conditions, illness, and prowling polar bears.

Catherine Destivelle Book Awards and Films
Catherine Destivelle is one of the most celebrated alpinists of all time. She was climbing some of the highest peaks in the Alps by the age of 17. She was unbeatable at world cup competitions in the late 1980s, but was drawn towards the realm of mountaineering. She has since made solo winter ascents of the Eiger, the Grandes Jorasses and the Matterhorn. Destivelle followed those feats with an unprecedented 11-day solo first ascent of the West Face of Les Drus in Chamonix as well as cutting-edge ascents in Pakistan and the Himalaya. The program begins with the presentation of the 2016 Banff Mountain Book Competition awards. 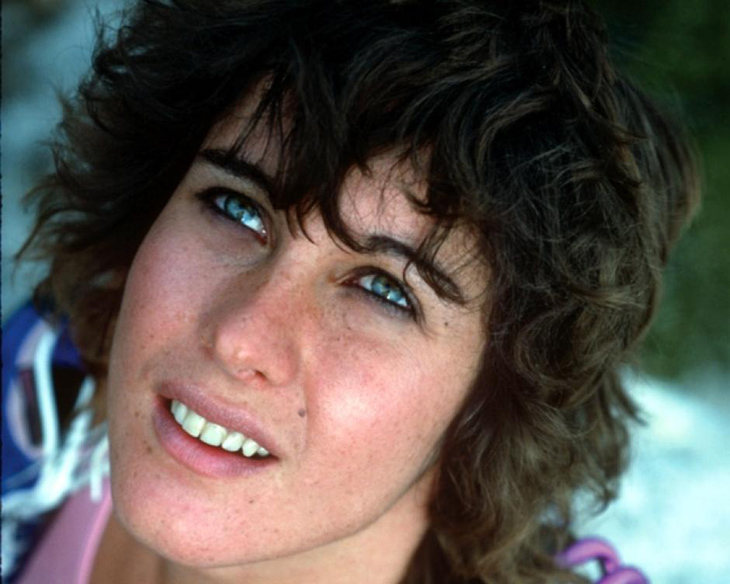 Jeremy Jones
Jeremy Jones is arguably the most interesting and influential snowboarder in the world. He’s a legend for his creativity, commitment, and courage in the mountains, as well as for his humanitarianism and social responsibility. The star of many films and author of the new book No Words for the Way Down, Jones is also the founder of Protect Our Winters, a non-profit dedicated to reducing the effects of climate change. 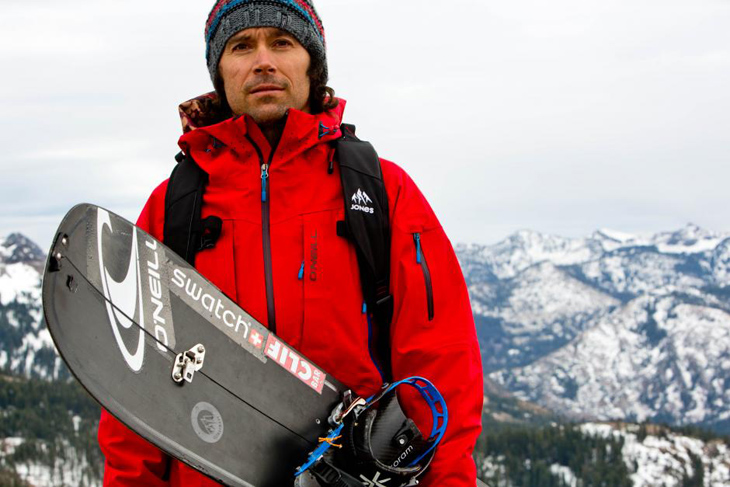 Ines Papert
Ines Papert is one of the world’s strongest alpinists, following in the footsteps of climbing legends in Patagonia, the Rockies, and at home in the Alps. She is four-time Ice Climbing World Champion and the first woman to climb the mixed grade of M11. She has shifted the realm of what is possible and has shown what it means to be an extreme climber and mother. 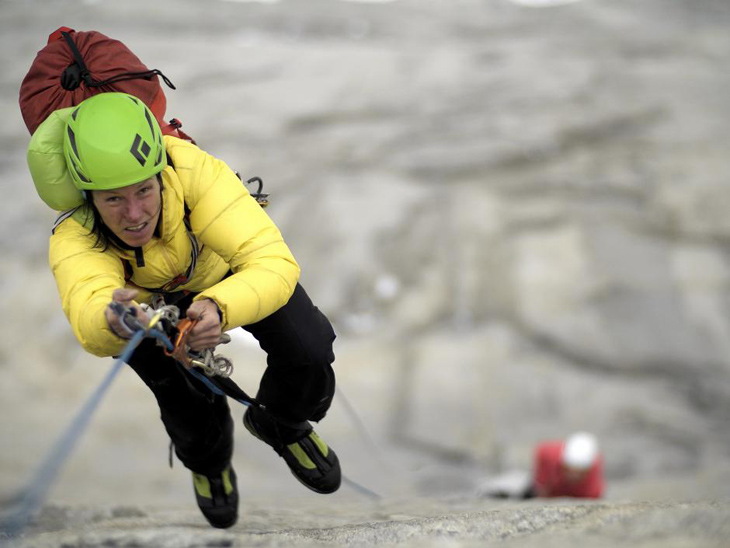 Jonathan Griffith and Andy Houseman
Link Sar in Pakistan was an obsession for UK alpinist and photographer Jonathan Griffith. He made three attempts on the peak before reaching the west summit in 2015 on his fourth try with British alpine phenom Andy Houseman. Capturing near disastrous circumstances with riveting video and breathtaking cinematography, Griffith and Houseman present their summit story with a world premiere of their film Link Sar West. 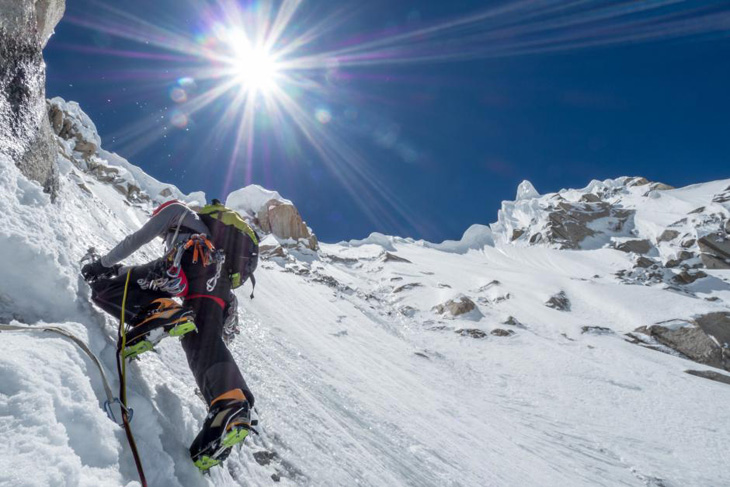 Lynn Hill  and Greg Child
Lynn Hill is a living legend. In 1993, she changed the definition of what is possible in rock climbing with her first free ascent of the most famous big wall climb in the world, The Nose on El Capitan in Yosemite. The following year, she free climbed it again, that time in less than a day. Over 19 years later, Tommy Caldwell and Hill are still the only two people in the world to have succeeded in making an all free one-day ascent of The Nose. She joins us in conversation with renowned Australian-born author and climber, Greg Child. 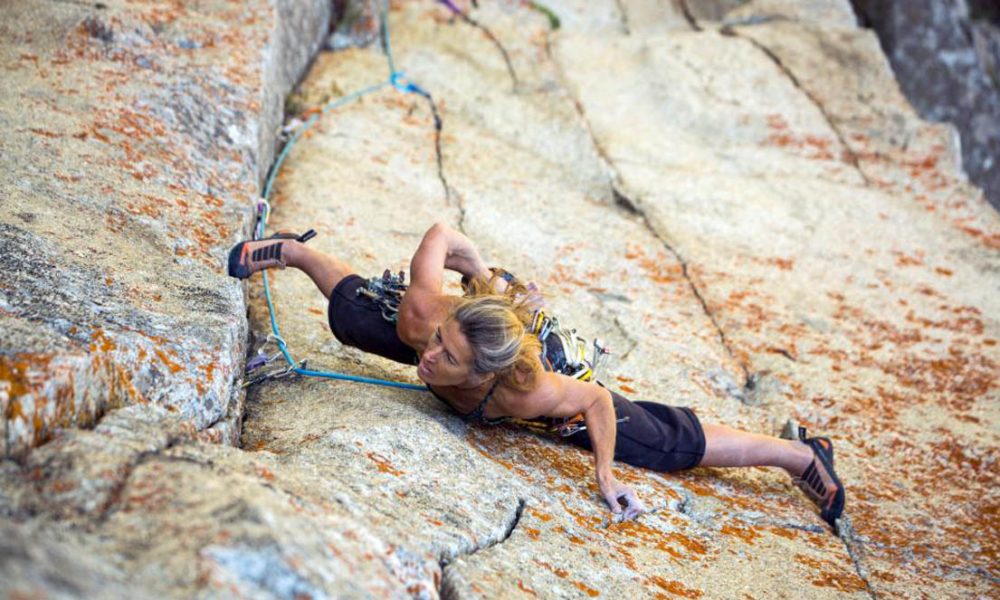 Denis Urubko and Bernadette McDonald
Is there anything in the mountaineering world that accomplished Russian climber Denis Urubko hasn’t done? He has climbed all fourteen 8,000 metre peaks without supplementary oxygen, claimed the speed record up Mt. Elbrus, won the Piolet d’Or twice and has summited two 8,000 metre peaks in winter. Only K2 in winter remains for this seasoned, ambitious mountaineer. Urubko joins us in Banff for an engaging interview with award-winning writer Bernadette McDonald.

Cehck out the Banff Mountain Film and Book Festival for more information and to get your tickets before they’re sold out.