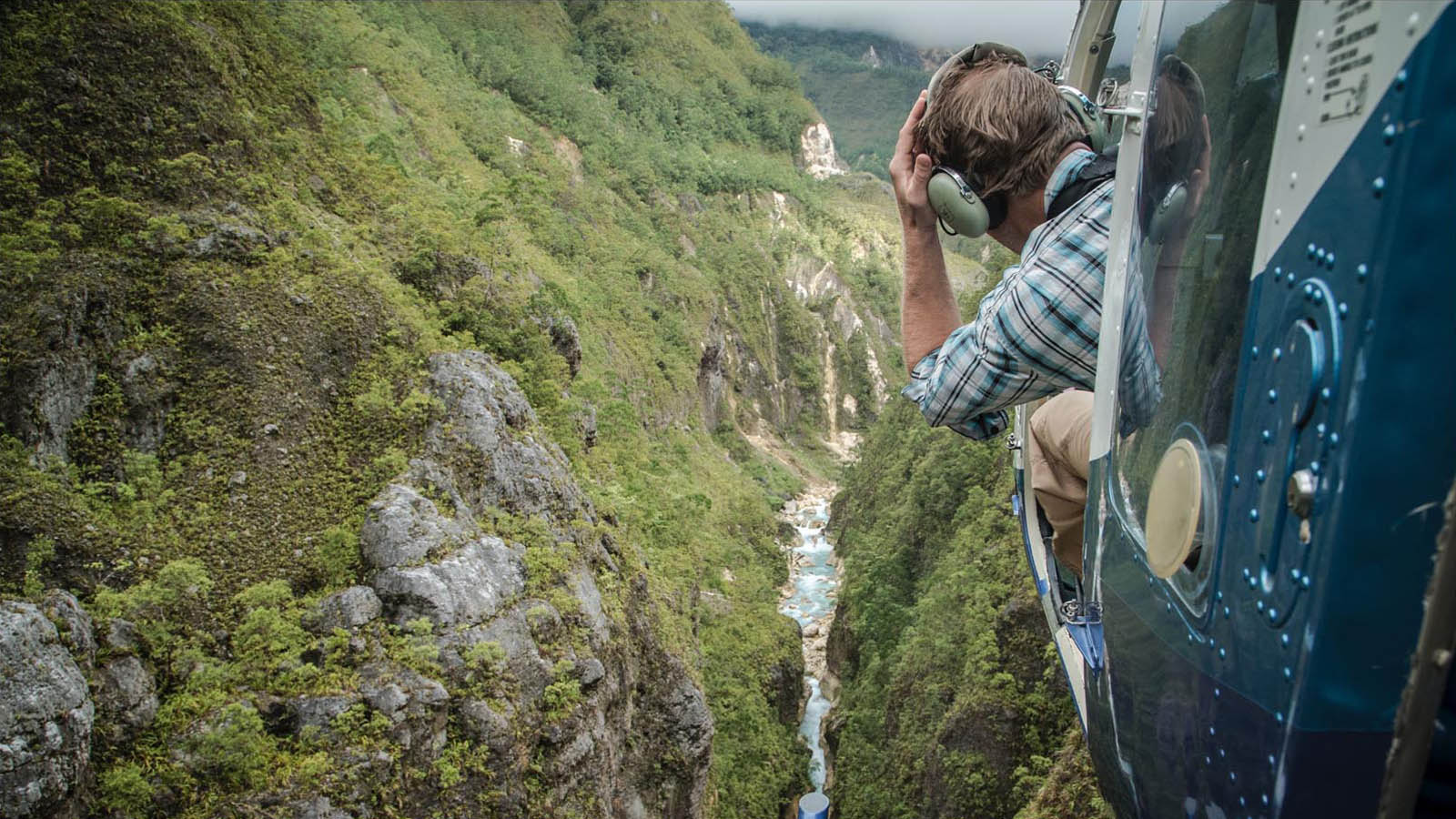 There are no sure things in adventure filmmaking. Even in a perfectly remote location with the best athletes in the world and gyro-stabilized helicopter cameras that cost more than a black market kidney, the questions are always there: Can it be done? What if the guys don’t go? Or worse, what if they go and don’t come back?

All captions by Benny Marr

“That is the trickiest thing in my position,” says Squamish-based filmmaker, Bryan Smith. “We ride that line, where our success and failure parallel the success and failure of the athletes almost perfectly. If they decide not to go, we fail. If they go and fail, we probably fail too. And if something happens, in that place, there is no infrastructure. No one can help you; the people are beautiful and the landscape is beautiful, but there is nothing there to lean on.”

‘That place’ is the Island of New Britain, a crescent-shaped slab of jungle that punches up from the South Pacific like the spine of some ancient green leviathan. Eighty-eight kilometres east of Papua New Guinea, New Britain is home to five active volcanoes, and with a high point of 2,438 metres, (7,999 feet) it’s essentially a 520-kilometre stretch of rain-slammed limestone mountains blanketed in thick, wet, crumbling jungle, cut deep with near-bottomless river gorges.

And the most near-bottomless of all is Beriman River, a 40-kilometre run of vertical cliffs, imposing waterfalls and overall jungle chaos nicknamed “The Grand Canyon of the Pacific” by expedition/exploration kayakers like Ben Stookesberry and Chris Korbulic. There aren’t that many rivers like the Beriman left untouched on this planet, so with whitewater paddlers Benny Marr and Pedro Oliva also on the trip, Bryan Smith and his crew had all the necessary ingredients for an epic film. Only problem was – no one was sure if the river could be run at all.

“I think everyone felt like we were in over our heads,” Bryan says. “The athletes saw the river, then we [film crew] went and looked at it and it scared the shit out of all of us. It looked impossible, but Stookesberry said, ‘let’s give it two days and see what happens.’”

Ben Stookesberry is a natural leader, and with 120 first descents in 32 countries, he’s one of the most experienced expedition kayakers in history. “We knew this entire river wouldn’t go,” Bryan says. “We knew there would be canyons that were un-runnable, but Ben is the kind of guy who tries to find solutions to these problems. When you are working with people you know, and are at the highest level in the sport, you really trust their ability to make decisions that they are comfortable with, but even then, if they say ‘yes,’ you know it’s a maybe. And how much pressure are we, the film crew, putting on them?”

One big factor to consider was that once the team hit the water they would be totally on their own. “That river is so remote,” Bryan says. “It’s one thing to commit to canyon on the Ashlu, [a river near Squamish] but on the Beriman, there is no one coming to help you. We had David Adamson, one of the best heli pilots in the world, but with 4,000-foot jungle canyon walls, there was no way he could get us down to the water on 70 to 80 per cent of the river. We didn’t even have the option to long line. Who has a 4,000-foot long line? The commitment level was so high.”

After mulling it over, Stookesbury, Marr, Korbill and Oliva made the call and dropped into a 13-day, totally self-supported descent that included blind canyons, high-consequence whitewater and portages that would require ropes and big-wall rock climbing skills to haul the 100-pound boats and gear up the sheer cliffs. At one point, the team took an entire day to make 500 metres of progress.

“A good film needs characters who will push beyond what seems doable and make it work,” Bryan adds. “There will always be opportunities to throw in the towel, its’ too high, too burly or too much… And failure is part of all our lives, and there is nothing wrong with that. But people like to watch people succeed, especially in the face of heavy adversity.”

He credits the instincts and talent of the entire paddling team for the expedition’s success, but says Stookesberry’s experience and leadership played a key role. “He questioned this very thoroughly and freaked out a bit but he never said, ‘it doesn’t go’. If he had, I think that would have been it, but this team had the right patience and persistence to let all the little nagging impossibilities work themselves out. That’s not to say they went into the river with all those questions answered . . . the first significant gorge they paddled put them into almost two kilometres of running Class 5 whitewater blind. It was the most committing canyon on the whole river. Once they dropped in, they were locked in.”

Watch the full-length film about this epic expedition now. 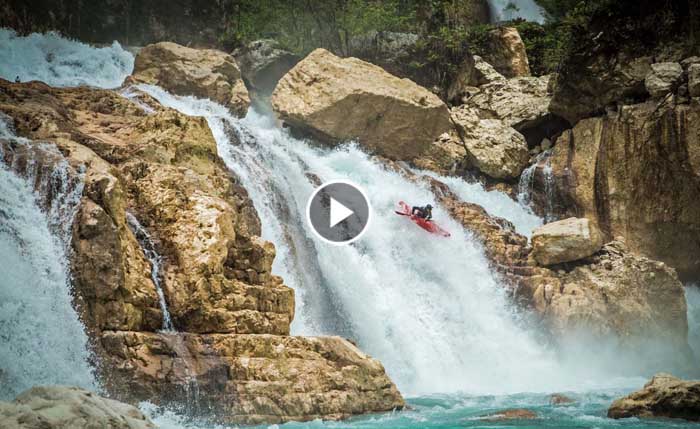