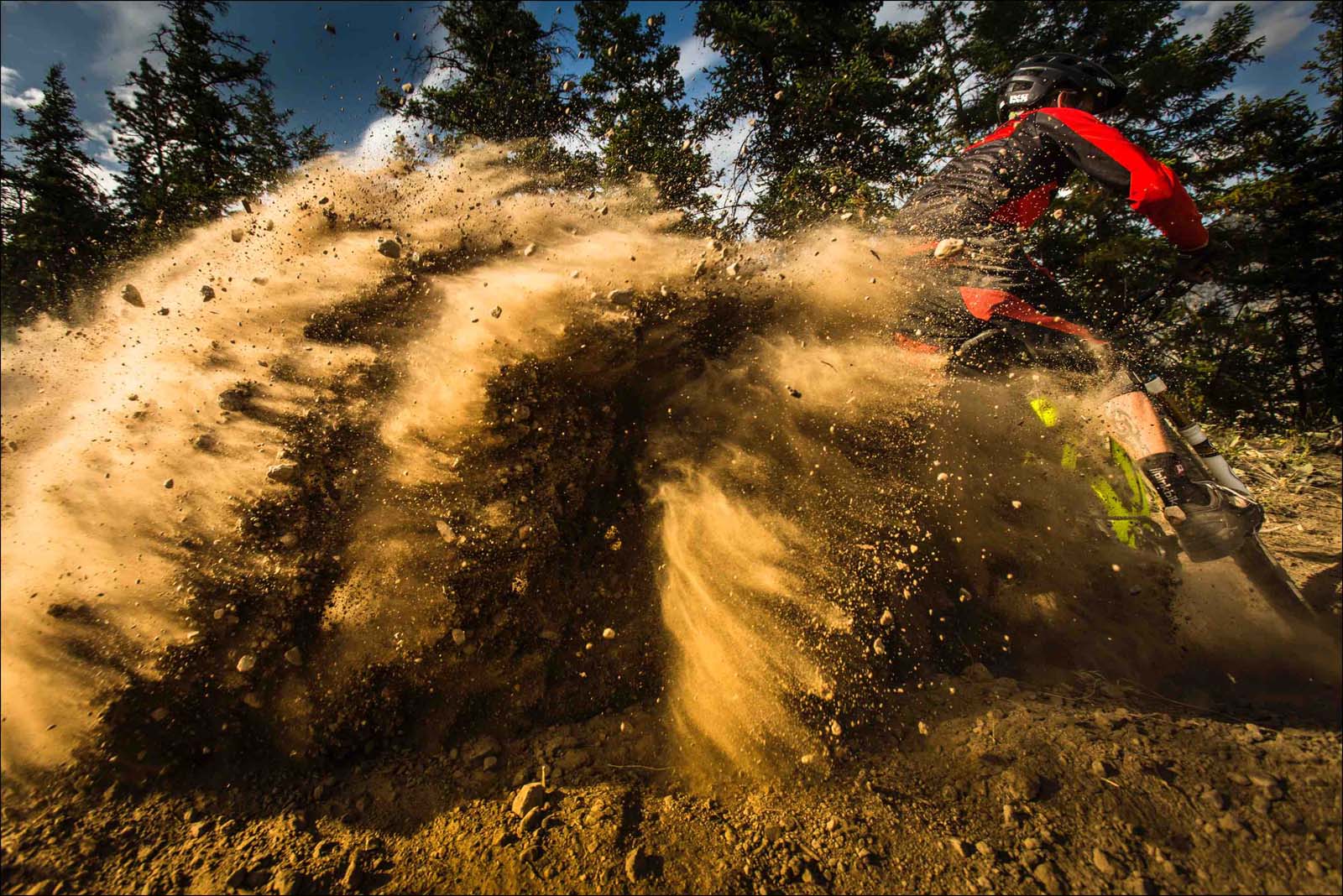 The Lillooet Effect: Four Season Potential in one of BC’s Most Isolated Communities

The first few pedal strokes feel all too familiar, but the backdrop is fresh. A knobbed tire kicks up a cloud of dust, which settles quickly to reveal the mighty and muddy Fraser River, a giant snake dissecting the valley in a canyon of precipices reaching up to plateau farmlands. Above, white peaks glisten in the sun, the remaining strings of snow in the valley.

Lillooet is often described as “where the wet meets the dry,” a reference to the town’s geographical position in the rain shadow of BC’s Coast Mountains. Yet, for all the rugged beauty of these rainforest hills bordering onto a desert canyon, the landscape in view is not a limitless playground for mountain bikers to bask in. This is St’át’imc Territory, stretching from Long Island on Harrison Lake in the south, up to Churn Creek Protected Area in the north. After generations of land appropriation by non-native settlers (beginning with the Fraser Canyon Gold Rush in 1858), a reluctance to allow recreation access to outsiders lingers. But the hard work of a few locals could soon help kick start tourism in this remote resource-driven community.

Since the mid 90s, Lillooet’s local mountain biker numbers have more or less remained in the low double digits, but all throughout, one man has stood as the shovel-wielding anchor of mountain biking throughout the valley. “Sometimes I’d be scrambling for people to ride with, but even when I had other mountain bikers to call, I was usually the only person willing to do any work on trails,” says Kevin Aitken, local municipal councillor, mountain biker and proud Lillooet lifer. “But recently, there’s been a real influx of mountain bike/outdoor-type people, so we’re trying to build (the trail system) back up again.”

In 2016, Della Creek remains the tried and tested trail that draws the majority of mountain biker visits. Local forestry workers first stumbled upon the unused trail and word quickly spread to Aitken through the tight knit Lillooet community. With more than a few Pulaski swings from local riders, this sublime singletrack above the banks of the Fraser River soon became mountain biking’s best kept secret north of Pemberton.

For Lillooet to gain a reputation as a mountain biking destination, it needs more than a one-hit trail wonder. There are some multi-use trail options in the area such as Burkholder Lake and the alpine epic, Seton Ridge Trail, but the dearth of a proper trail network is not from lack of rider enthusiasm. The terrain potential is there, but the 11 bands of the St’át’imc Nation have yet to approve a policy for backcountry recreation in the area. “We need to be really clear on who is going up there and how they are going to do it. The environment comes first for us,” says Shelley Leech, Tribal Chief, P’egp’ig’lha Councilof the T’it’q’et First Nation, a member of the St’át’imc Tribal Council. “This needs to be done as a collective (within the St’át’imc). We can speak for the areas around us, but are those mountain bikers going to be happy staying in one area or are they going to want to head up over the mountain and end up in Tsal’álh (Seton Lake Band)?”

Another of Chief Leech’s concerns is the preservation of her people’s language. Only one fluent speaker of the St’at’imc language remains within her community. “Our language comes from the land,” she says. “Wherever we are, whatever activity we are doing, whether it’s down at the river fishing, berry picking or hunting, we speak that particular part of our language in those places. If one part of our territory is no longer accessible to our people, then that part of the language is gone forever.”

As hungry as visiting mountain bikers are for new trails, the St’át’imc do not wish their land to become an extension of the well-developed Sea to Sky Corridor. Maintaining the St’át’imc identity, and the connection of its people to the land, must come first and foremost. Balancing those traditional values with mountain bike tourism is the mission of the newly-formed Lillooet Off Road Cycling Association (LORCA).

“Lillooet has a lot of community building to do and successful tourism rests on that,” says Neil Curtis, a tourism and First Nations economic development consultant who recently moved to Lillooet. “But things in this community are changing quite fast. The new St’át’imc Government Services (formed in 2011) is integrating with non-native communities. Lots of questions, such as how the backcountry is going to be managed, are being discussed at the community level. Kevin and I are really keen for (LORCA) to be heavily involved with aboriginal youth. An example of that is building the new pump track in town.”

“As a province-wide approach, we’re saying that if we’re going to make trails and mountain biking sustainable, then we have to do it through the lens of reconciliation,” says Patrick Lucas, community planner and founder of the Aboriginal Youth Mountain Bike Program. “We have to work with local First Nations, respect their territory, respect their culture and make sure they’re taking leadership over the development of these trails. Unless those relationships are built, nothing is going to happen.”

Lucas points to the success of introducing mountain biking to the Simpcw Nation in the North Thompson River region, where the sport is being embraced by both local communities and visitors. An all-aboriginal trail crew constructs trails and ensures trail heads are signed with interpretative information about their nation and local culture.

“It’s getting more people out on the land, using the trails and just being outdoors. That’s something that’s been missing in our communities,” says Tom Eustache, Chief of the Simpcw Nation. “It’s part of our culture. That’s where we made our living from and maintaining that connection is huge.”

Lucas has seen the effects of this engagement first hand, especially with First Nations youth. “The kids develop a ferocious pride and sense of identity,” he says. “That can be a life saver in these communities.”

Back in Lillooet, the watershed moment of cooperation between stakeholders, First Nations and user groups is yet to come, but that has yet to sway Aitken’s ambition. “I ride down in Pemberton and Whistler and I see the benefit of tourism. That’s why I ran for council, to promote Lillooet as an outdoor destination. It’s working, just not as fast as I’d like it to.”

With mountain bikers passing through Lillooet almost every day of the summer on their way to other riding destinations such as Williams Lake and Kamloops, or returning to Whistler over the Duffey Lake Road, Aitken wants to see those bikers spend more time on trails before filling up the tank and driving away. With the desert-like climate in the valley, all-season riding is possible with a shorter commute than year-round destinations such as Vancouver Island and the Sunshine Coast.

But that can only happen if mountain bikers remain patient and avoid taking liberties, such as building their own rogue trails and jump lines without consulting local stakeholders.

“People are coming and we want (LORCA) to direct people where to ride,” he says. “We’re trying to move forward, not backwards. It’s not that I don’t want people to come, I just want them to be respectful of the land, and the values that First Nations put on the land.”

Lillooet may be in its infancy as a mountain bike destination, but a successful synergy between biker ambition and First Nations stewardship could set the stage for this rural town’s next boom. “We’re laying the ground work for it now,” says Aitken. “It’s going to be a long road, but I think it’s going to be worth it in the end.” 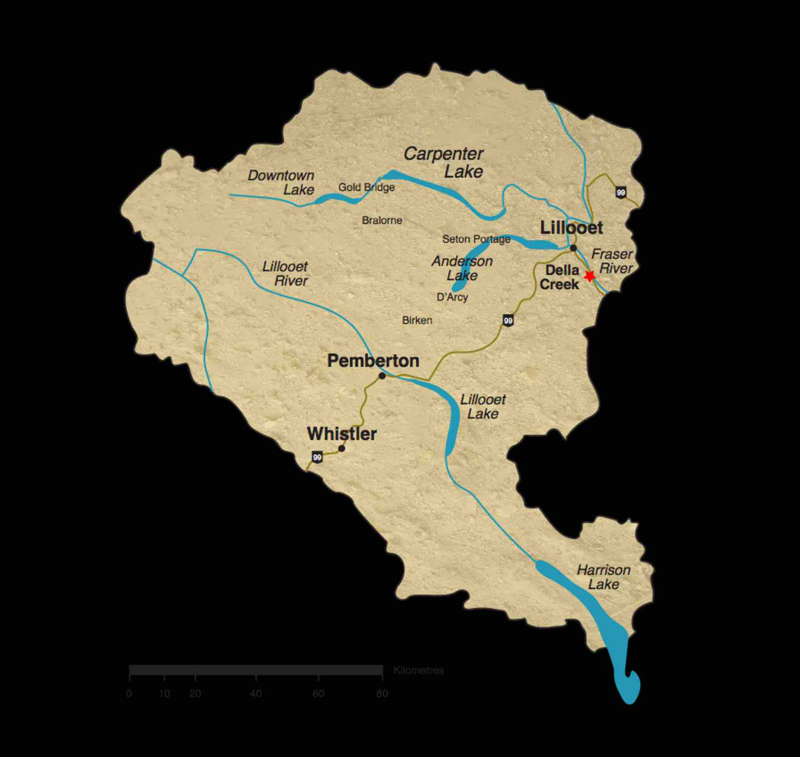