A blip of prosperity at the turn of the 20th century brought American trout to Patagonia, then for a half-century they were mostly forgotten. Rediscovered by fishermen a half-century later, the fish had grown to epic proportions. In Chasing Rumor, published by Patagonia Books, Cameron Chambers chronicles his modern-day pilgrimage to the rivers of Patagonia in pursuit of these legendary 20-pounders. 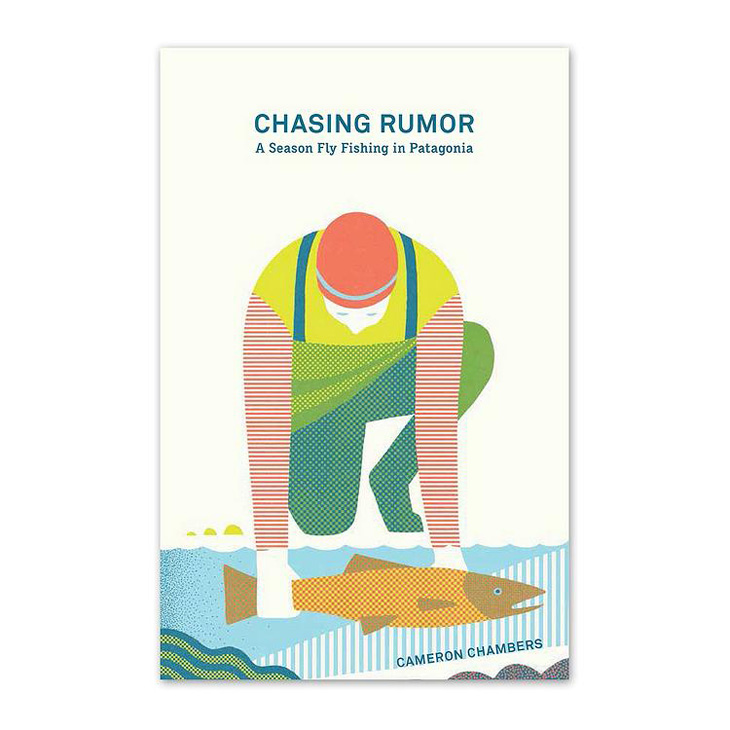 What started as a trip focused on catching fish became a love affair with the Patagonian landscape, environment, and, mostly, the people. Along the way, Chambers tracks down biologists at universities, national park wardens, seasoned guides, tourists, and anyone who has a stake in Patagonia’s fish.

For more information, check out http://www.chasingrumor.com/

article continues below
From Patagonia:

Every November, when the North American rivers turn icy and the grass turns brown, fly fishermen retreat to the fishing holes of their imaginations. Some wander to the banks of the legendary rivers of Patagonia, where the mythical browns measure 20 inches or more and invariably present the fight that every angler lives for.

Chasing Rumor is the chronicle of one young angler’s attempt to experience the fishing utopia he had created in his mind’s eye. In some ways, as with rumors and the imagination, his journey fell short of expectations. But in others, the Patagonian highlight reel he’d created could not possibly prepare him for the adventures of this captivating and mysterious fisherman’s mecca in a unique, pristine part of the world. In between catching some amazing trout, Chambers experiences the culture of fishing in Patagonia, one still being carved by both the physical forces of nature and the political, social, and economic forces of man.

From John Titcomb, who introduced the fish to the area at the turn of the 19th century, to a business mogul turned B&B owner who popularized guided fishing, from a guide determined to save his local trout population to the anglers themselves and their myriad expectations of each fishing trip, Chasing Rumor takes a circuitous route through history and personality. Along the way, like any reflective fisherman, the author grapples with the environmental contradiction inherent in the origins of this angler’s playground, where introduced trout have thrived. How much should man be allowed to alter nature to increase enjoyment of a sport?

It is, in fact, a dilemma at the very core of many outdoor endeavors. In the end, Chasing Rumor finds its way back to the fish, however, and how they inspire anglers’ commitment to protection of the water. For this reason, the book remains where it belongs, in the great tradition of fishing literature, a world obsessed with the possibility of a ten-pound brown trout.

For more info check out patagonia.com