Even if you have only a cursory interest in mountain biking (or say, the Internet), there’s a pretty good chance you’re one of the 60-plus million people who’ve viewed One Shot, the seminal video section from Brandon Semenuk, filmed entirely in one take as part of the best-selling feature film unReal by Squamish’s Anthill Films. 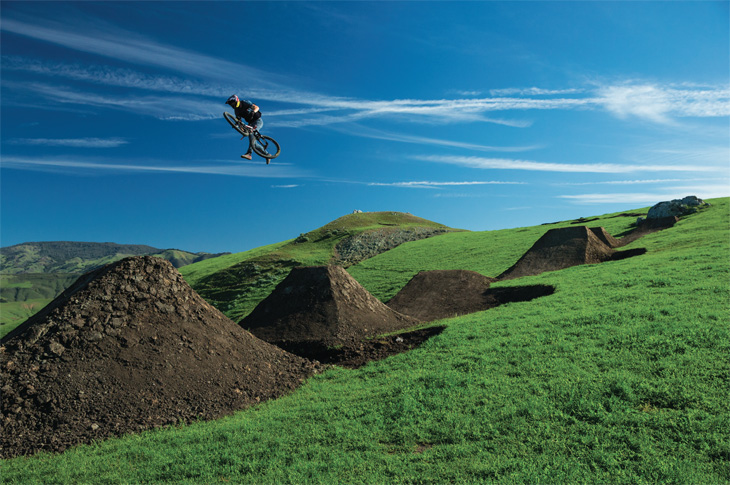 “It was an idea we’ve had for maybe six or seven years,” says Anthill’s Darcy Wittenburg, both producer of unReal and truck operator of the shoot. “It came about when we were just driving around BC as a crew. Certain landscapes here, especially in the interior, you can look into the forest and just picture a trail running alongside the road. We just had the idea, ‘Man, it would be cool to shoot a whole segment in one shot.'”

The idea was easier said than done. Following Semenuk for nearly four minutes as he carves up a rolling hillside (in California, not BC) was filmed using the most advanced gyro-stabilized camera system in the world, the GSS C520, mounted to a truck driving a custom-road, built next to a custom trail that took three weeks to create. Diggers and support staff aside, the one-shot required two camera operators, a spotter, a driver and the world’s best freerider all working in perfect harmony. But it worked. 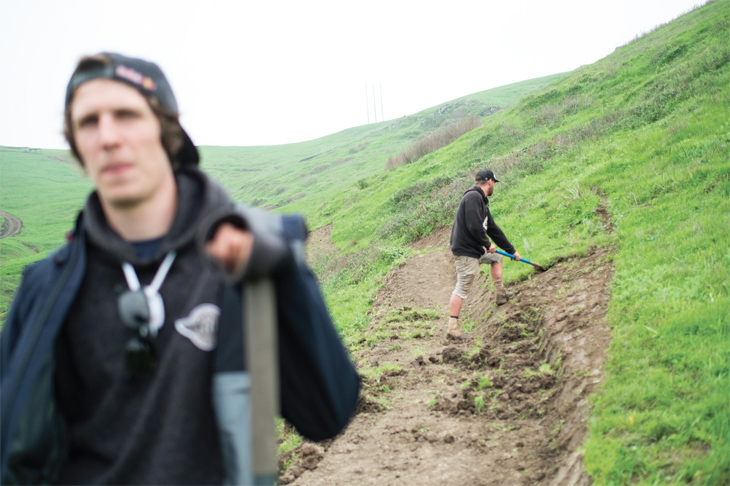 “The most gratifying moment was when Brandon came into the car,” says Wittenburg. “It was like OK, let’s just contain ourselves and watch it. And he watched it and was just really stoked. It was like, ‘OK, yeah, we’re done. Let’s go home.'”

After months of scouting, planning and constructing the project, the final shoot took about ten days to film. Once it hit the Internet, however, the numbers began rolling in with dizzying momentum.

“You could tell right away, even on the first day, that the views were stacking up quickly.”

“It was really fun to watch it for the first few days,” Wittenburg says. “We knew it had potential, but didn’t know if the audience would really grab on to it or think it was too slow.”

It wasn’t. The Semenuk One Shot went viral in pandemic proportions. “It was really fun to watch, you could tell right away, even on the first day, that the views were stacking up quickly. And it was really cool to see where it got picked up,” he says, noting that One Shot and unReal became a catalyst for Anthill acquiring a number of new commercial contracts. 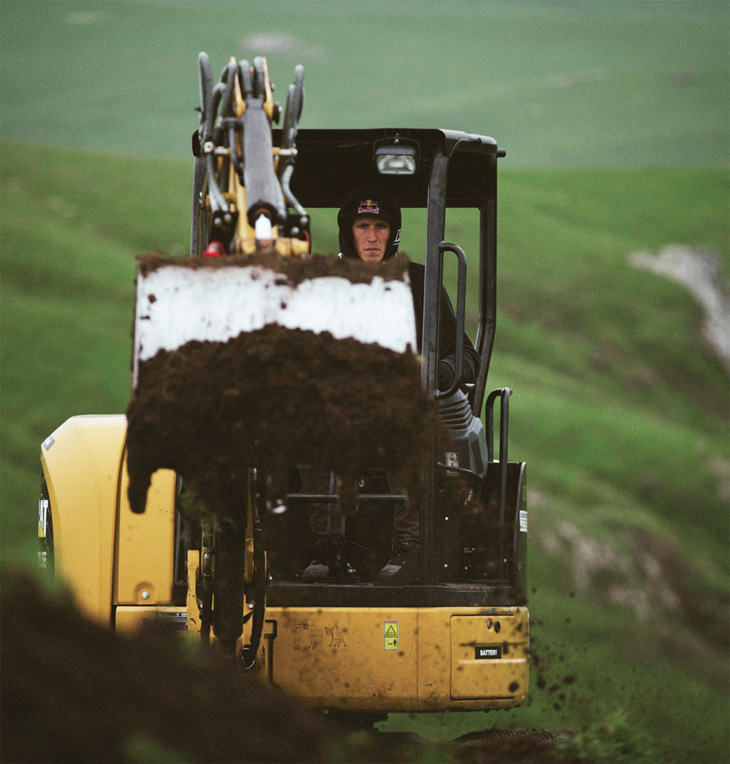 “We would get people and companies from outside the sport, or different ad agencies coming up to us saying, ‘Oh, you guys shoot mountain biking? Have you seen that shot of that guy, and he rides down that trail?’ It was cool to say, ‘Yeah, that was us.'”

“Releasing films can feel like releasing an album, and then the segments are like the songs. Some people really remember certain segments from a movie we made ten years ago; some things will just resonate. And this one definitely has that ‘hit’ phenomenon to it.”

Semenuk was also surprised the video took off in such a huge way. “It’s not something you can ever expect,” he says, “to go viral. But it’s cool it got so many views outside of the sport. I’m just stoked that people were into it; it’s a great thing for me and for the guys at Anthill. I’m always looking forward to new things.” 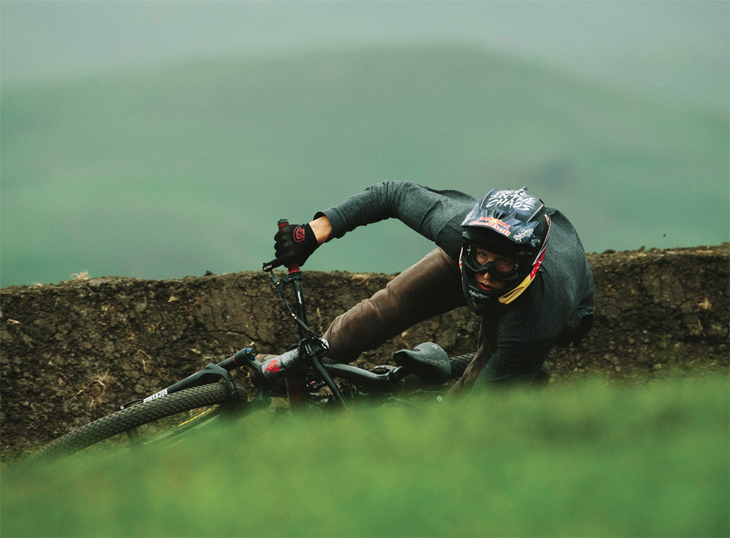 And so is Wittenburg, ever quick to dismiss any notion that One Shot is Anthill‘s opus. “A lot of times, releasing films can feel like releasing an album, and then the segments are like the songs,” he explains. “Some people really remember certain segments from a movie we made ten years ago; some things will just resonate. And this one definitely has that ‘hit’ phenomenon to it.”

“But I always think that our best work is still ahead of us,” he adds. “There are many, many years before we retire, that’s for sure. We’re not One Shot wonders.” 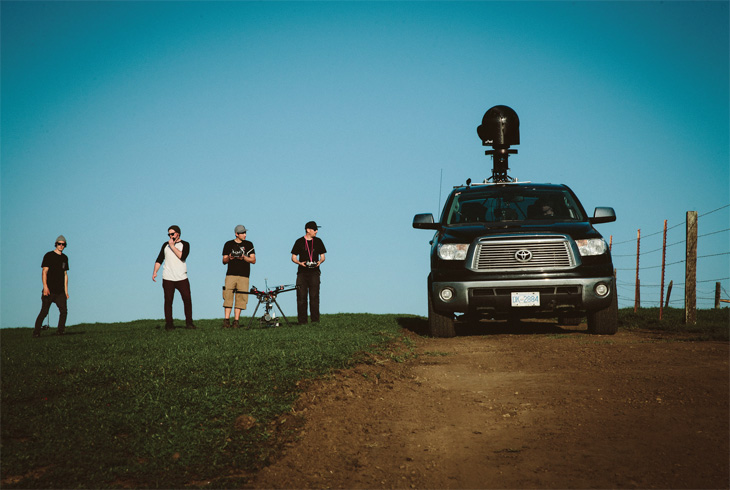 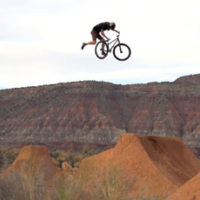 NO BRAKES, NO PROBLEM: WATCH CODY GESSEL GO ‘BRAKELESS IN VIRGIN’
What happens when you take Deity‘s Cody Gessel and throw him in the landscape of Virgin, Utah with only a Cryptkeeper and no brakes? Big lines, some close calls, tons of style, and Cody’s signature amplitude… Watch video 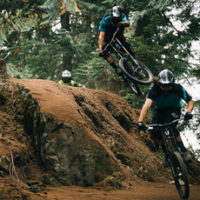 TGR AND ANTHILL FILMS UNLEASH A BLIZZARD
This segment, “Dirt Blizzard”, is the ultimate skier’s dream—a powder day—in mountain-biking terms. Dirt falls from the sky like powder snow, while ecstatic riders play across a magical landscape. For riders Thomas Vanderham, Matty Miles, Ian Morrison, and Finn Iles, the Dirt Blizzard was something that they once could only dream about… until now… Watch video