For the first time since 1997, Canada’s top downhill racers will find themselves in Ontario for a national-level event. Yes, you read that correctly. It has been a long wait, but the Canada Cup Downhill series is coming back to Ontario. 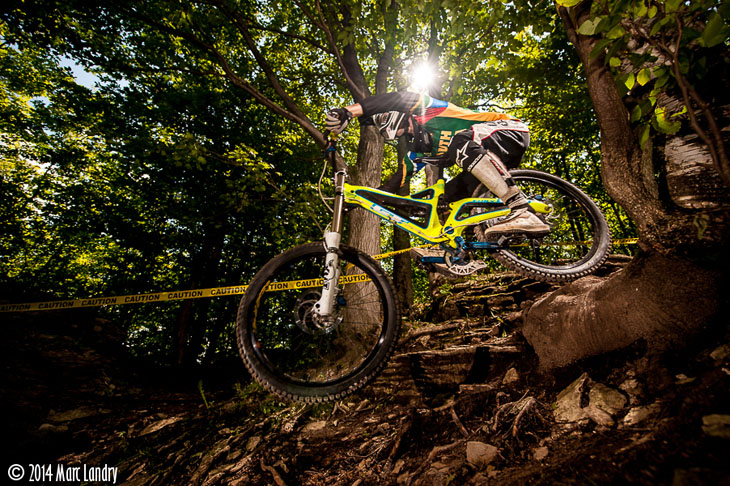 With five years of successful racing history to back it up, Blue Mountain Resort’s East Coast Open has earned a spot on the Canada Cup calendar. Over the course of those five years, the event has seen many changes. Different race courses, different supporting events, different presenting organizations and different champions. However, one thing has stayed consistent. It has always retained its position as the biggest downhill event Ontario has to offer.

Through all the years, photographer Marc Landry has been along for the ride. In preparation for this year’s event, June 24-26 at the Blue Mountain Bike Park, we thought it would be appropriate to take a look back at the event’s history through some of Marc’s spectacular images. 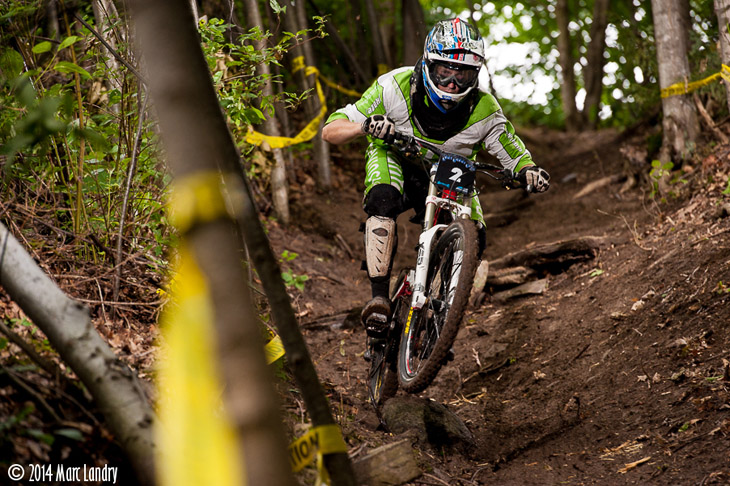 Harold Woolnough holding on for his life through the Bowling Alley. This iconic section of trail would be included in the first three editions of the East Coast Open, before the race was moved to O-Chute in 2014. In the 2010 finals, Woolnough would find himself missing out on the top step of the podium by 1.64 seconds to Rob Fraser, the top ranked downhiller in Canada at the time. 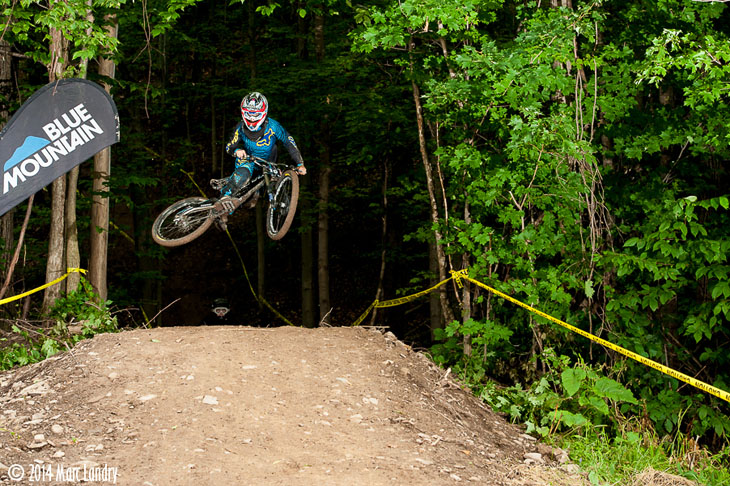 Steve Gauci styling out a whip as he shoots from the forest during practice. Gauci would go on to finish 13th overall in the Open/Pro 19+ division in 2010. 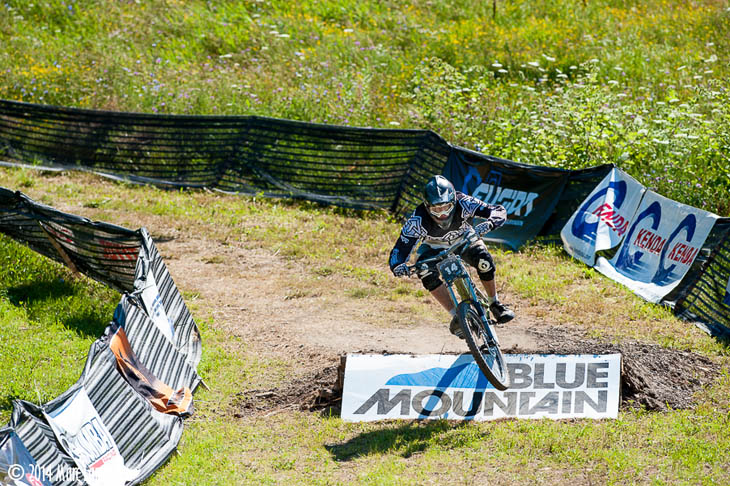 Josh Toohill scrubbing and squatting the last jump with his eyes locked on the finish line. Toohill’s best overall East Coast Open finish would be a 5th place at the 2015 race. In 2010, he came across the line 10th in the Open/Pro 19+ division. 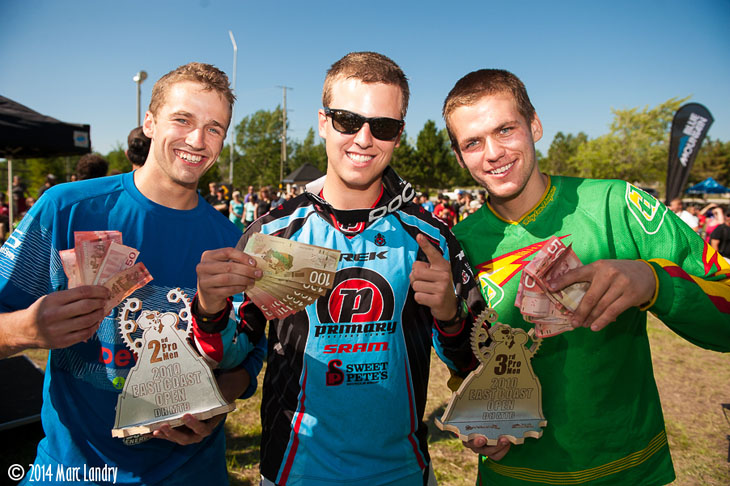 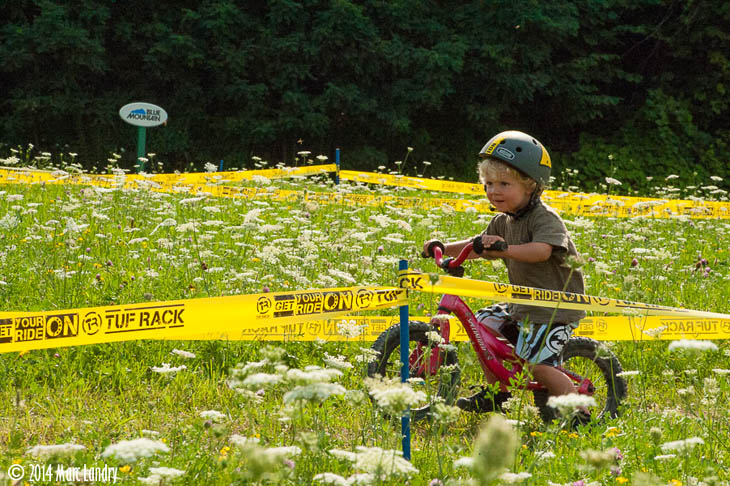 The 2011 edition of the East Coast Open saw the first supporting events added to the weekend’s calendar. In addition to the Downhill race, there was a Cross-Country race, Dual Slalom and Kid’s Fun XC Race to round out the “festival” vibe.

Travis Browning negotiating the filter at the top of Squeeker and Big Sleeze. The 22-year-old South African had spent the entire summer of 2011 living, working and racing in Ontario, and capped off his season with a 13th overall in the East Coast Open’s Senior Elite division. 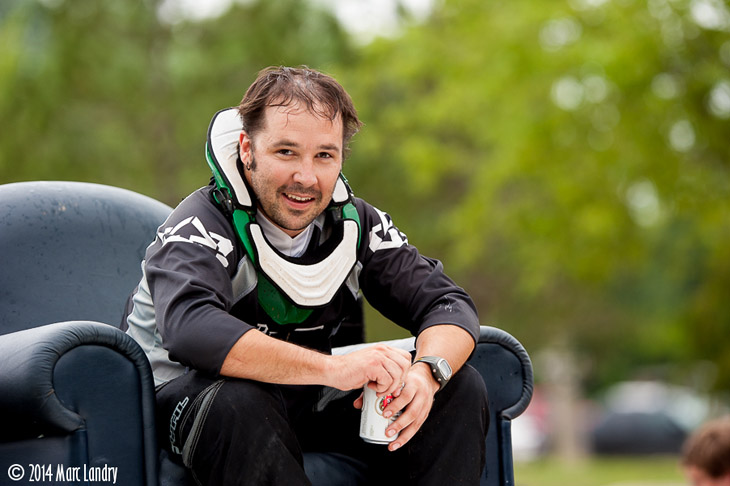 Mike Towers held down the hotseat in the 2011 Master 30-39 division until Kyle Easby crossed the line and knocked him into 2nd place. You’ll still see Towers around Blue Mountain Resort on a regular basis as he holds down the position of Terrain Park & Bike Park Manager. 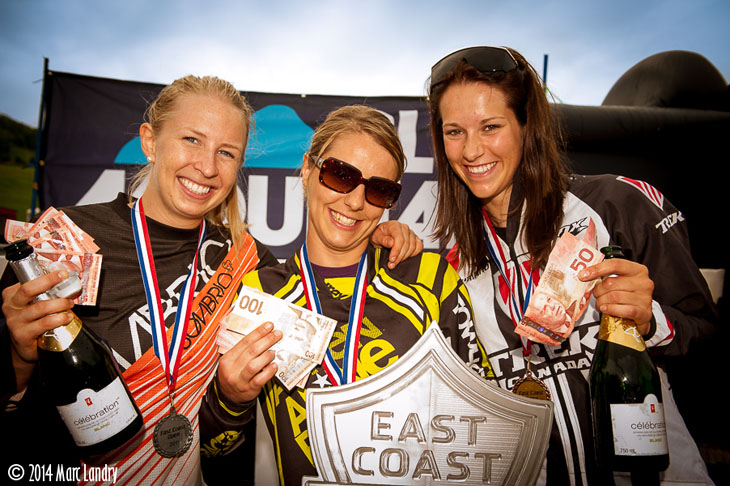 Kristen Courtney (center) climbed to the top of the podium in the Open Women’s division for the first time in 2011, and would follow it up with another win in 2012. Courtney still stands as the only Open/Elite rider to take home the championship more than once. 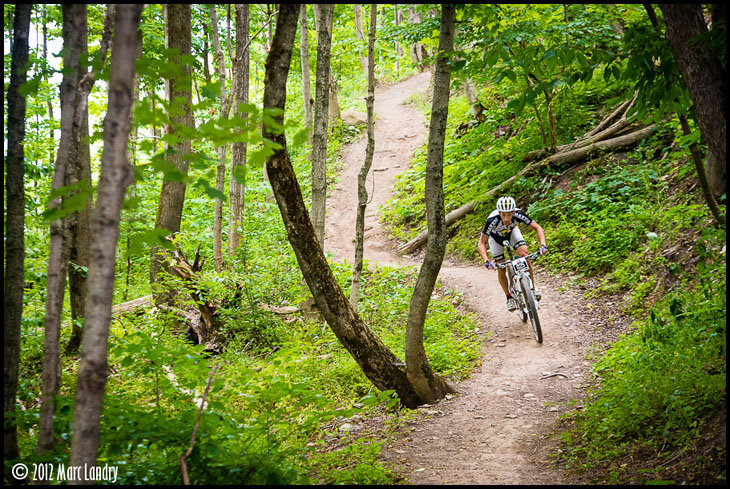 Derek Zandstra scything his way through the forest on his way to winning the Open/Elite Men’s XC Race. 2012 would be the final year that the East Coast Open would hold a Cross-Country race alongside the Downhill race. 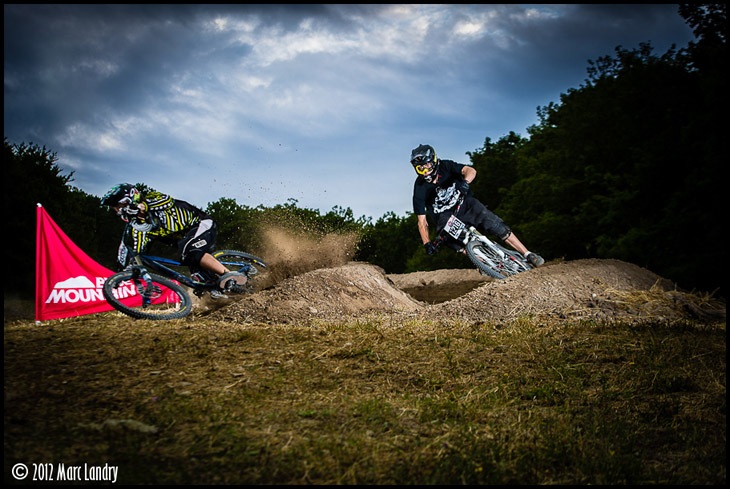 Caleb Glithero and Deven Chilton going bar to bar during the 2012 Dual Slalom. The two would finish 2nd and 3rd respectively, behind teammate Brad Zdriluk. 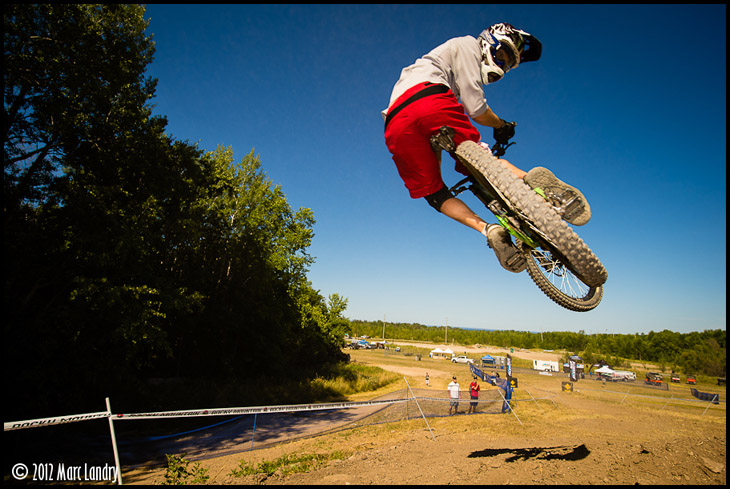 The Downhill race’s finish line moved to the base of the Orchard for 2012, allowing the Trail Crew to utilize the natural terrain to build a massive hip jump before the finish line. Here we have Kyle Easby looking back midair to inspect their work. 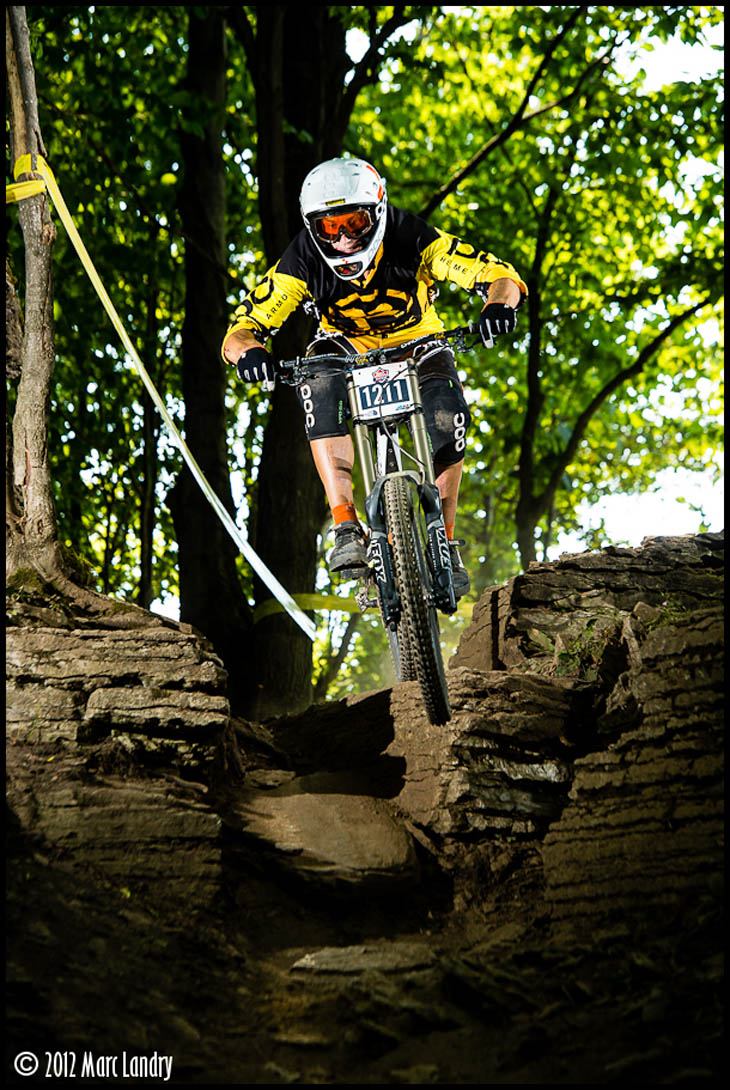 Sid Slotegraaf returned in 2012 to defend his title in the Open/Elite Men’s division, but fell short as he found himself 6.74 seconds off the pace in 5th overall. Here he is navigating the filter at the top of Squeeker and Big Sleeze, a feature that would look very different a year later once Blue completed construction in the Orchard. 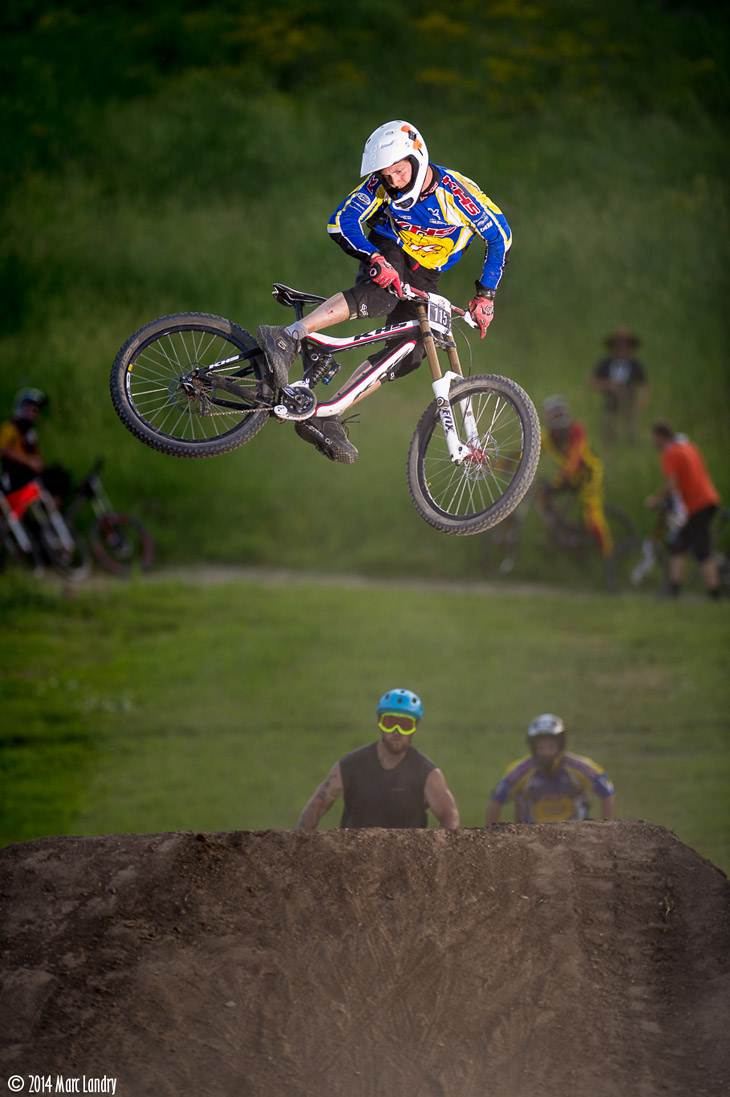 Here we have Mark Battiston displaying the style that put him on top of the podium at the 2nd Annual Whip Off during the 2014 East Coast Open. He wouldn’t have as much luck the following day in the downhill race as he wound up 22nd overall in the Open Men’s division. 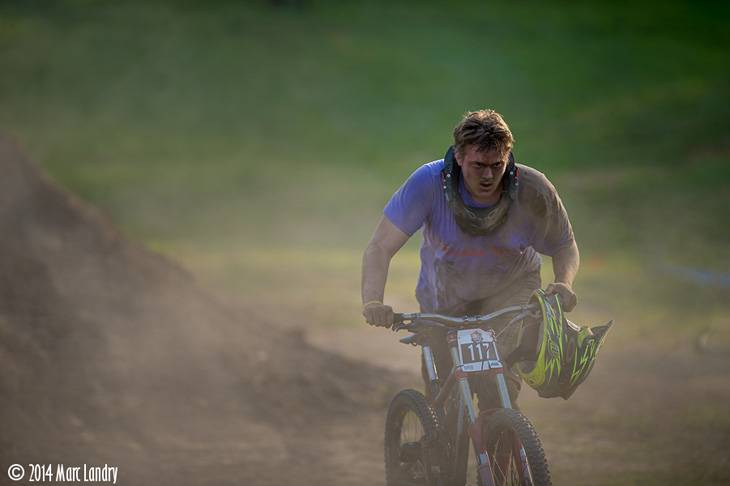 Jake Bogdanow walking away from the aftermath of a whip gone wrong. 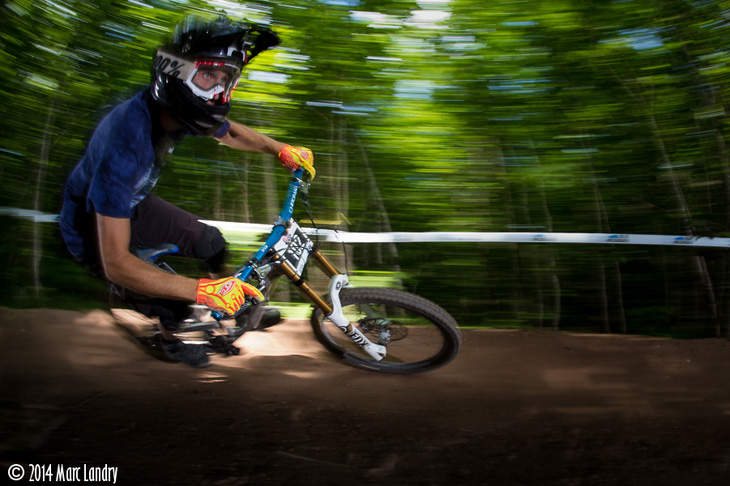 After a year hiatus due to construction projects around the resort, the East Coast Open Downhill returned for 2014. However, the race was moved to O-Chute which forced riders, such as Kyle Easby, to keep their eyes peeled on the new race course for the fastest lines. 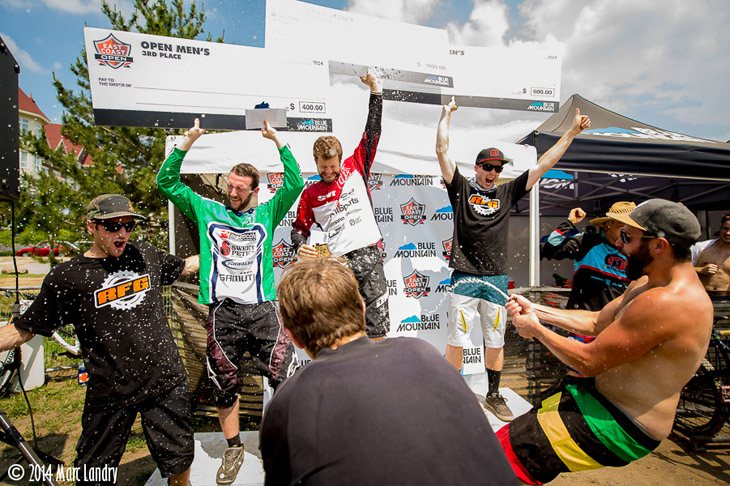 Check for 2016 event updates at https://www.bluemountain.ca/ 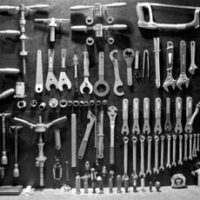 YOUR GUIDE TO MOUNTAIN BIKE MAINTENANCE
At some point there are critical components of your bike that require regular attention. Whether spring, summer, fall or winter (if you’re lucky enough to be able to ride year-round) here are some simple things you should do, or have your local tech do, so your bike continues to feel as fresh as the day you bought it… Read more 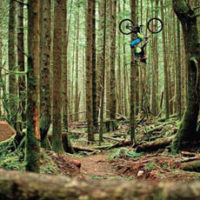