”Power of the River: Expedition to the Heart of Water in Bhutan’ is an adventure documentary from the Himalayan Kingdom of Bhutan. This little Buddhist nation, home to the world’s most ambitious commitment to protect nature, faces urgent pressure to dam every river. To meet hydropower quotas with India, Bhutan will have to damn all of its rivers. A man named Karma “Good Karma” Tshering guides a 25-day expedition, including a nine-day float trip, into the unknown to keep his country’s mightiest river wild and free. 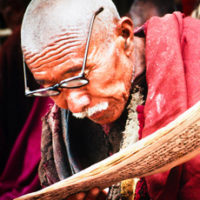 BEHIND THE HEART OF THE HIMALAYA
The Himalayan peoples have long captured the hearts of photojournalist adventurers Pat and Baiba Morrow. Over three decades of excursions and expeditions to the region, they have welcomed these foreigners in, befriended them, shared details of their lives, and impressed with their resilience, generosity, and ability to thrive at high altitude in often bleak geographical and political conditions… Read more 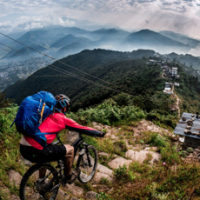 FINDING FREEDOM IN THE FORBIDDEN KINGDOM: A HIMALAYAN BIKE-PACKING ESCAPE
It was early July, 2015, when after almost three years of on-again, off-again turmoil, the girl of my dreams walked out the door and out of my life. I was left alone in my darkest hour and compensated with a summer lost in the mountains, a new bike, and a last-minute ticket to Nepal, booked on a whim to join three friends on a self-supported bike-packing trip… Read more