Okay, maybe not really the latest trend, since 29-inch wheels have been around since bikes became mountain bikes (Geoff Apps’ company offered a 29’er in their 1981 catalogue) but recently this simple mod has tipped into a revolution.

“29’ers are the reverse camber of the biking world,” says Whistler rider Matt Ryan. “They make trail riding easier for the general public and for those who have a quiver, the 29’er is another tool in the shed. Bigger wheels give you more balance because of the geometry.”

Gary Fisher was the first major manufacturer to offer a line of 29” bikes but they didn’t sell well until 2004 with the Rig, a single-speed 29’er. Today most brands offer at least one 29” bike or frame and companies that openly dismissed them as a passing trend are now bringing 29” wheels to market.

Among riders, the debate rages on. Those who believe the 29’er to be inferior often mention added weight, perceived sluggishness in handling and problems with fit. Enthusiasts respond with comments about reduced rolling resistance, perceived increased stability and enhanced ability to roll over obstacles.

Freeride pioneer Wade Simmons says that the true benefits of a 29’er are the ability to smooth out a rough trail and “endo” prevention–they help keep you from going over the handlebars.

“I’m able to attack steeps without worrying about endo-ing as much,” he says. “And an aggressive rider charging into a rough, flat trail can, without argument, carry momentum better.”

As far as the complaint about maneuverability in tight corners Simmons adds: “This is true, but if a rider possesses the skills to endo the rear wheel around, it’s easy to overcome. I enjoy riding a 29 for the challenges it presents differently than a 26.”

Big wheels aren’t necessarily just for big riders. Willow Rockwell is a top American cross-country competitor; she is also 5-foot-2. “The 29’er works for me,” she says. “I feel confidant and supported, like I am in my own cocoon. The key is to get a bike with a good fit.”

Split the Difference? The 650B

Guess what? There’s yet another player on the field– the 650B wheel– that actually comes in around the 27” mark. The MTB industry is embracing this new size too, so now we have 3 tire sizes. Why? Some think it’s a money grab but I suspect it’s all about finding the ultimate equipment for the best riding experience.

“The 29’er suit’s the hardtail no question,” says Jonny I from his porch at The Pemberton Bike Co. “Short-travel bikes 4 to 6 inch will sport 650B, and the long travel downhill bikes will continue with the 26.” 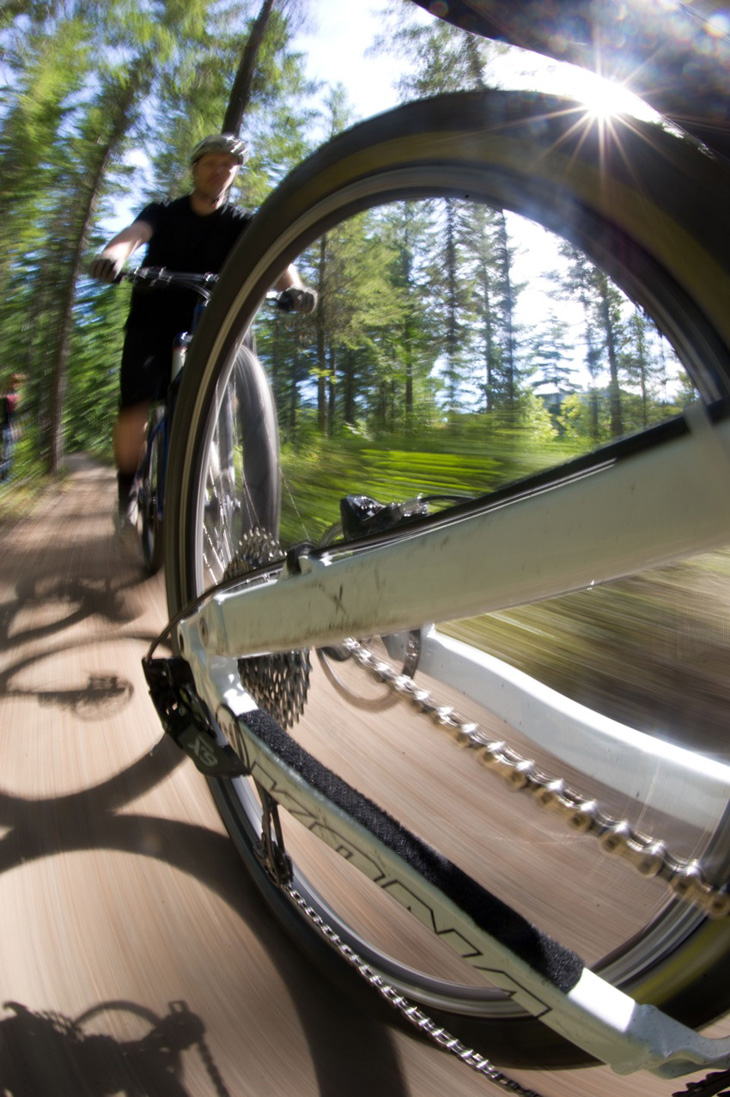