What happens when you take Deity‘s Cody Gessel and throw him in the landscape of Virgin, Utah with only a Cryptkeeper and no brakes? Big lines, some close calls, tons of style, and Cody’s signature amplitude.

FULL SUPPORT: THE ART OF THE BACKYARD 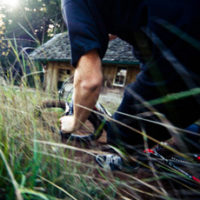 “Travel the world, do what you love, make films and never ever know the grind of a Monday morning in the office.” A generation ago that kind of “irresponsible” career planning would have made most parents cringe but right now it’s working just fine for the Coastal Crew, a trio of mountain bikers who’ve made a name (and living) playing in the dirt. And 25-year-old Coastal Crew rider Dylan Dunkerton’s parents not only support his unorthodox career path, they helped him build a super badass office… Read more 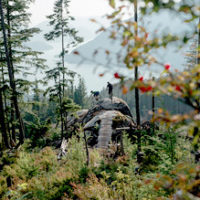 MOUNTAIN BIKING IN SQUAMISH
This eight-part online feature comes from the Summer 2015 “Wheels & Water” issue and we feel they give a good glimpse of the scope and quality of riding offered in B.C.’s South Coast. For decades, most Coast Mountain-ers knew Squamish as little more than a roadside refueling station with a hick reputation and an ever-present odour of pulpy, wet farts. Set almost exactly halfway between Vancouver’s legendary North Shore and the much-hyped riding in Whistler, old-time Squamish locals endured decades of ridicule and general excommunication by the “snobs” living to the north and south… Read more