Picture yourself standing in the crowd at the bottom of the Peak Chair, snowboard in hand, no tracks visible from yesterday, just the lightly airbrushed ripples contouring the dying moments of last night’s storm. It’s early season but 30 centimetres of fresh fluff lie on the storm board at Pig Alley and up above looks full of pockets with three times that.

Imagine being the first to strap in and surf those lines. Not the first today – the first person ever. Someone had to be that guy, the first human to stand sideways, sans poles, and drop in over the cornice for the inaugural season of snowboarding on Whistler Mountain. 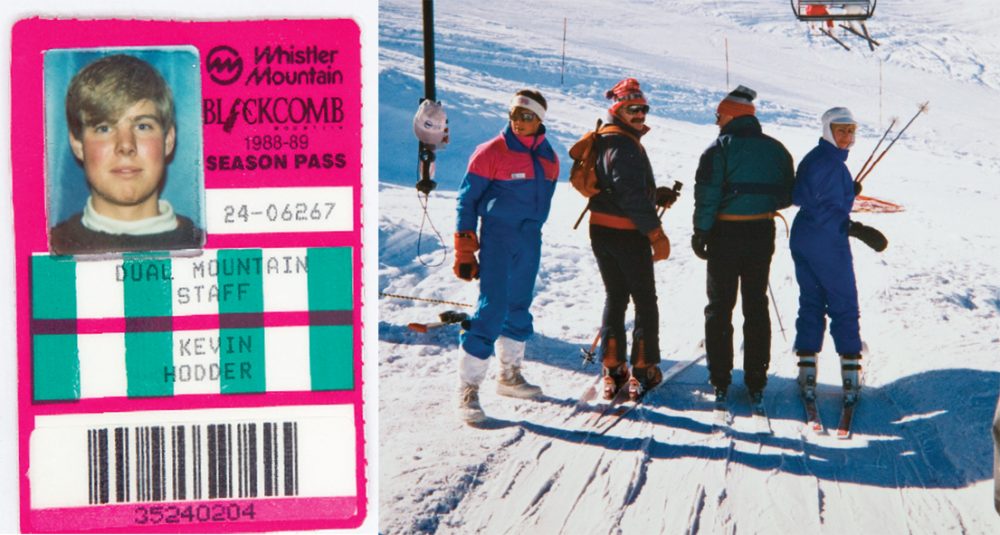 That someone was not one of the legendary names from snowboarding’s infamous history in Whistler. The first shred to legally make the drop was an unknown lifty named Kevin Hodder stationed at the new fixed-grip triple Peak Chair. Snowboarding was permitted on the youthful Blackcomb Mountain the season before but its stodgy big brother, Whistler, was slow to warm to the idea. The season of 1988 – 89 was the first year the sport was allowed on both sides and nobody really knew the boundaries of the sport. 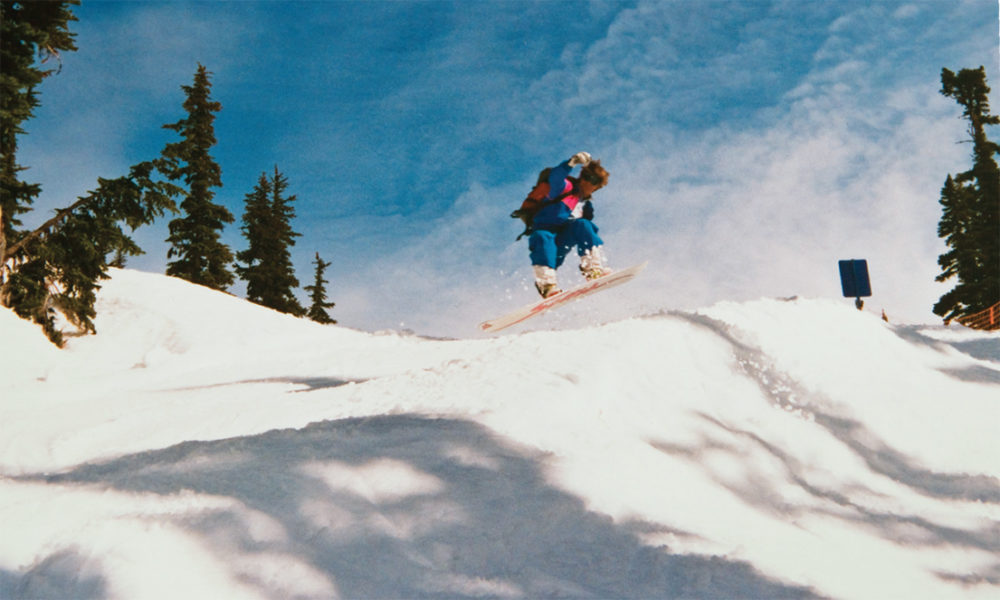 “You’re not going to take that contraption up there, are you?” was the reaction from Whistler patrol legend Cal Fenwick as Kevin loaded the chair with one foot strapped in. “Can you do turns on that thing?” taunted another observer, followed by, “Hey take a look at this kid, he’s going up the peak on that tray, this should be good!”

“Hey take a look at this kid, he’s going up the peak on that tray, this should be good!”

Hodder paid the old guard no heed and proceeded to the Peak of Whistler Mountain. It was November 1988 and the Peak was a different place. “Back in the day, getting into Whistler Bowl was a lot more rugged,” Hodder remembers. “Since then I think they’ve done some summer blasting to create the smooth entrances you see now. No one had been down there yet that season except the patrol; I slid into Whistler Bowl and rode untracked silky powder all the way down Shale Slope.” Carving turns on his Sims Switchblade strapped onto white high-top Sorel boots, Hodder became the first snowboarder to ride the Peak. He was stoked. 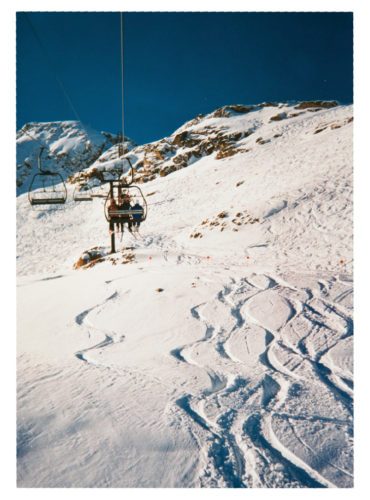 Snowboarding in the ‘80s was in its infancy at resorts and Whistler Mountain was poised to allow the new fad on-hill that season for the first time in order to keep up with the Joneses next door – albeit reluctantly. “No one really knew how to deal with snowboards and chairlifts,” Hodder recalls. “We tried everything: one foot strapped in, both feet, carrying, all of which were a challenge when the fixed grip Peak Chair launched you off at the steep top ramp. Worse was trying your luck at the mid-offload ramp.”

When asked about the likelihood of him getting back on a board, he laughs and finishes, “Only if I can wear the old pink and blue lifty uniform, a wide headband and white Sorels. It would be our own version of Hot Tub Time Machine!”

An early adopter of the snowboard, Hodder the lifty was probably also one of the first to switch back to skiing as he moved into the world of trail crew and ultimately patrol and ski guiding. “There was no way snowboards were going to be wholly embraced on the patrol so I went back to the skis,” he says. When asked about the likelihood of him getting back on a board, he laughs and finishes, “Only if I can wear the old pink and blue lifty uniform, a wide headband and white Sorels. It would be our own version of Hot Tub Time Machine!” 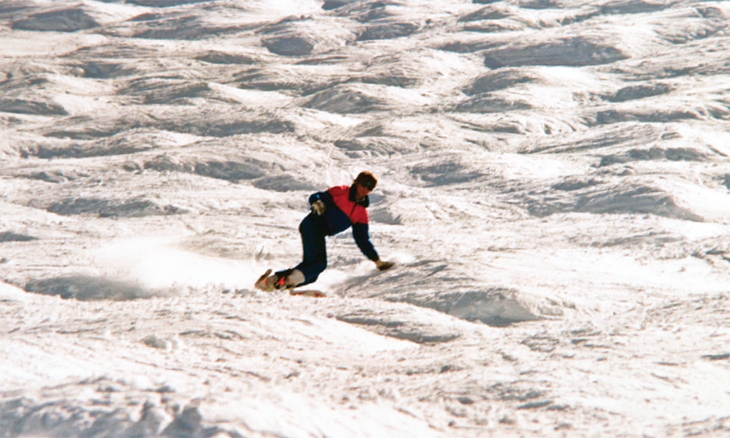 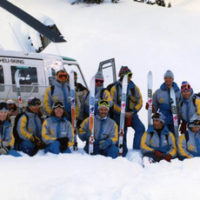 LAYING THE FOUNDATION OF SUCCESS: BLACKCOMB SKI PATROL
On December 6, 1980, Blackcomb opened for business. The first few years of operation were lean — conditions were difficult and it wasn’t easy being the new mountain in town, with well-established Whistler Mountain right next door. I logged my first days as a Blackcomb employee working as a ski instructor, coaching for the Nancy Greene Ski League, but I was always envious of the Blackcomb Ski Patrol. They spent their days skiing powder, throwing bombs, saving lives, and breaking hearts… Read more 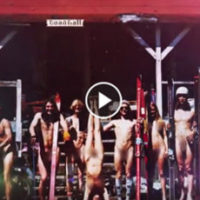 50 YEARS OF GOING BEYOND: FULL MOVIE
Whistler Blackcomb has released its new 30-minute movie commemorating its exuberant past along with its 50th anniversary. 50 Years of Going Beyond, features the resort’s adventure-seeking founders and snow sport industry legends as they recount the contributions that Whistler Blackcomb has made to skiing and snowboarding and the significance of its golden anniversary. While the movie solidifies the resort’s legacy in the past, there is no denying the last 50 years are just the beginning… Watch video