Under the unforgiving cliff faces lay peeling waves—one after another. Unridden walls, pushed and thrown by a howling offshore and shadowed by a dry desert landscape. Created by powerful, Atlantic ocean ground swells these walls track towards land, becoming intense and perfect by the time they reach the western coastline.

The Last Flight to Agadir is directed and shot by Andrew Gough for SurfStitch and features surfer Harrison Roach chasing a far fetched but much dreamed about swell in Northern Africa. 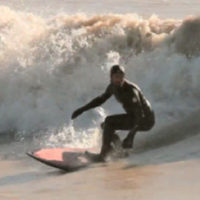 HOT TODDY: A SHORT FILM ABOUT GREAT LAKES SURFERS
Great Lakes Surfers know how to make a Hot Toddy. And in this short film by former Mountain Life cover boy Andrew Wyton, he not only gives up the main ingredients, but he also throws in some of the best footage of Great Lakes Surfers to date. With footage from surfing Lake Ontario and Lake Huron, Wyton is a London-based videographer that is ready to drop everything in the name of surf. And his willingness to get out there on days when most people would hide indoors, not only gets him the goods on the waves, but also on film… Watch video 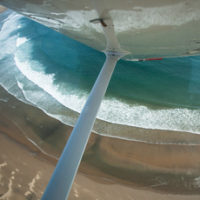 SURFING BY CESSNA ON B.C.’s WEST COAST
If you had asked me five years ago, the idea of landing a plane with wheels on a sandy beach to go surfing wouldn’t have crossed my mind.. . . but you couldn’t have asked for a better day to fly — blue skies and a clear late-morning, August horizon as we departed from Squamish Regional Airport aboard “Frog’s Breath,”  my buddy Rory Bushfield’s fixed-wing Cessna. We knew very little about our destination other than the few photographs and information we had gathered from Google Earth — we knew there was a beach that would likely have surf… Read more