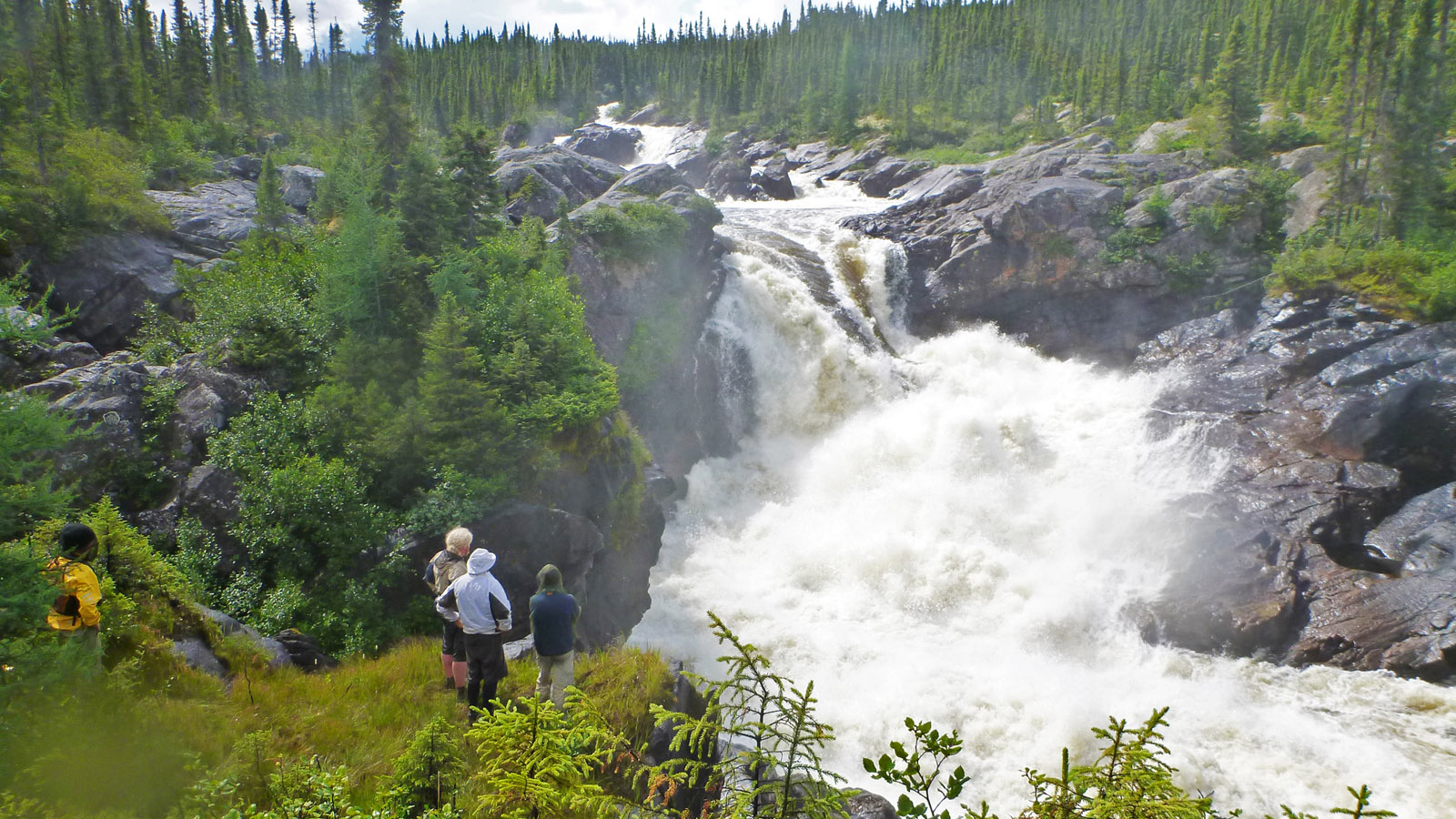 Bring the Moisie: This Wild River in Northern Quebec is a Savage Force of Nature

After nearly twenty years of flatwater experience I was eager for a whitewater adventure and grateful to be offered the chance to join five others in a journey down the Moisie River last summer. Dubbed the “Nahanni of the East,” Quebec’s Moisie is a crucial spawning ground for Atlantic salmon and one of the most beautiful and remote wild rivers in North America.

The Innu call it Mishta Shipu – the “Great River” – and for good reason. Flowing south from the headwaters at Lake Opocopa near the Labrador border, the Moisie drops 660 metres during its 416 km run, draining 19,200 square kilometres of the Laurentian Boreal Highlands before emptying into the St. Lawrence River near Sept-Îles.

With rainfall nearly every day of the summer, water levels can rise quickly, making the Moisie full of potential surprises. Before embarking on the trip I read a humbling story describing the near-death experience of an experienced paddler who underestimated this river. But with floats, spray tops, skirts, and thigh straps, I felt we were ready for whatever the Moisie might throw at us.

After a good night’s sleep, we began our journey with a whiskey toast in the rain: “Courage in distress. To others like us.”

The height of land between De Mille and Menistouc lakes was a mudfest and after dragging our boats about a kilometre, one of us got stuck past his waist and had to be pulled free by a throw rope. When we finally navigated our way to open water, we found much of it to be less than a foot deep and ended up walking across the lake searching for an area deep enough to paddle.

The winds were fierce but the blackflies persisted like a biblical plague and when we reached the junction of the Moisie and the Pekans River, a few of us were swollen so badly that we could barely open our eyes.

The sun set that night and save for a short appearance the next morning, did not return for more than a week.

The nights became cooler (around 7˚C) and the mornings damp and sluggish. The river got faster with each new bend, fed by springs, creeks, rivers, and waterfalls pouring in from every conceivable direction. The waves got bigger and the rapids more technical. The woods got denser and the portages more rugged.

We rescued a group that tried to bypass a portage and run a class IV. All four of their boats capsized, which made rescue within their own ranks impossible.

With so many sources of water feeding noisily into the river, sound would play tricks on us; depending on what our map said, we would wonder if a blind bend led to a waterfall or a rapid. Not wanting to take unnecessary risks, we spent considerable time bushwhacking or clambering over rocks in scouting efforts that generally paid dividends. Lines could be technical and required good plans to run cleanly – trying to push blindly through can have dire consequences. We saw this first-hand one morning when we rescued a group that tried to bypass a portage and run a class IV rapid. All four of their boats capsized, which made rescue within their own ranks impossible. They lost some gear and sustained some damages, but survived without injury. We only happened to be there because we had camped at the top of the canyon the night before.

We had our own near-disaster when I forgot to tie down a canoe and it got away during a scouting operation. We managed to catch it before it ran the rapids unmanned.

The trip began to take a toll on our bodies and gear. I tore a hole in my foot on a tent peg and spent the rest of the trip limping around with it taped up. The anchor for my thigh straps began to dislodge from the bottom of the canoe, and failed entirely at the most inopportune moment – during the largest waves of the Trestle Rapids. One of our spray tops got chewed up by some rocks in a spill. Poor design meant that we could not access our gear through the supplied port, and lashing and unlashing the wet nylon ropes that held them in place lacerated our hands.

Along with the relentless blackfly bites, scrapes, bruises, and rashes became the norm yet through all of it I don’t recall a single complaint. We were under the spell of the river and smiles were abundant. Life was simple and immediate. Aesthetics became relative, and where a sand beach might be inviting, a rustic cabin became a five-star hotel.

We nursed our wounds in the evenings with rations of wine, whiskey and chocolate while our fearless leader read us a chapter from Dillon Wallace’s Lure Of The Labrador Wild.

The last night on the river ended with the surreal whistle of a train winding through the mountains as we anticipated the trip’s climax awaiting us in the day ahead. When we reached the final Trestle Rapids (which we had crossed by train before the trip) our skills had been honed. We knew what to do.