Mention the name Jesse Fulton to anyone in the ski and snowboard industries and they will know who he is. Jesse spent 13 years competing successfully at the World Cup level of snowboarding and has an astounding 35 podium wins to his name. He comes from humble, hardworking roots and is becoming one of Canada’s top entrepreneurs in the sports marketing and event planning industries. His story has landed him full circle, living with his wife and two kids, back in the community where he was born and raised, Meaford, Ontario. 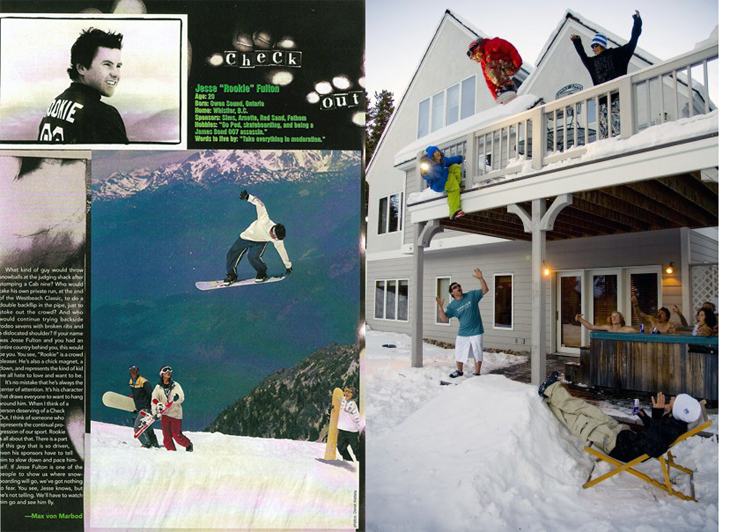 Jesse spent his childhood, splitting time between Meaford and Mexico. He fell in love with surfing when he was young and felt a bit bored when he came back to Ontario during the winters. It was at this time that snowboarding was just beginning to emerge as a sport on the local mountains. At age 12, he asked his dad to buy him a snowboard and didn’t quite get the reply he was hoping for, his dad slapped a $5 bill down on the table “But Dad, that’s not enough to buy a snowboard.”

“No,” his Dad replied, “but it is enough to put an ad in the classified and get working to raise the money to buy one.” 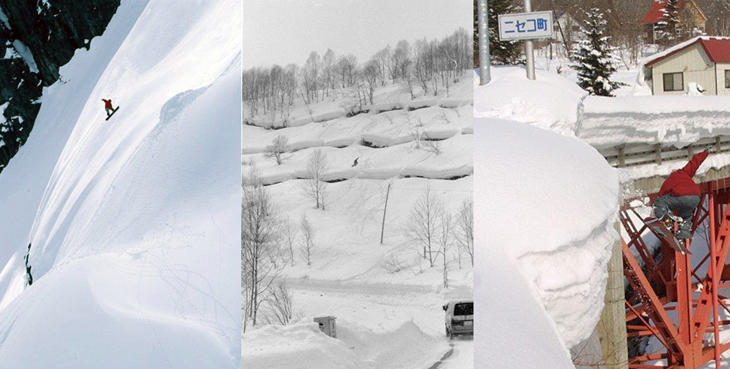 An entrepreneur was born and Jesse got busy, mowing lawns and doing odd jobs to buy his first deck. This was not money wasted, as he never could have imagined just how far he would rise as a competitive athlete. The little guy who was mowing lawns was soon to become a world class snowboarder.

He spent his first year freeriding and had natural talent for it and this led to competitive riding in his second year on the hill. He was skiing out of Talisman Resort and Blue Mountain and was laying down some great results at local competitions. His first big sponsorship deal happened in his 15th year and this resulted in a move to Whistler to compete on the pro circuit. He was active in the halfpipe, big air, slopestyle and quarter pipe and performed well in all disciplines.

As entrepreneurs are known to do, Jesse was also cooking up some other projects in the background while running Shreducation. He had launched 365 Sports in 2010 and developed a huge list of successful events which included Snowcrown, Brad Martin Pipe Style, World Rookie Tour & Gromination. Snowcrown added skiing in 2014 and this resulted in an explosion of participants, sponsorship and other business opportunities. Word began to spread that 365 Sports was the company to work with if you wanted an event run well and successfully.

“Calls started coming in from other event owners who wanted to partner with us to manage and curate their events here in Canada,” says Fulton. “We took on the 5km Foamfest, a fun run in 2014 and it was a turning point for the business.”

“We are providing a venue for people to reach their best potential, you can do it as a family or take it very serious, there are no limitations to how people can participate in these events.”

Because these types of events have less barriers, the participatory numbers are exponentially larger than a pro snowboard event. Both have their place in Fulton’s heart and he is thrilled that the broader audience is allowing the business to grow, thus resulting in more local jobs being created.

The numbers are quite staggering, in 2009 OCR participation was 400,000 worldwide, in 2016 it is estimated that over 20 million people worldwide. As Jesse says, “We are providing a venue for people to reach their best potential, you can do it as a family or take it very serious, there are no limitations to how people can participate in these events. We now have the OCR World Championships, The Urban Slide and Foam Fest in our roster.”

In 2013 Jesse’s family left Orangeville and put up permanent roots in Thornbury, Ontario. They are very excited to be back home and living in such a supportive community. 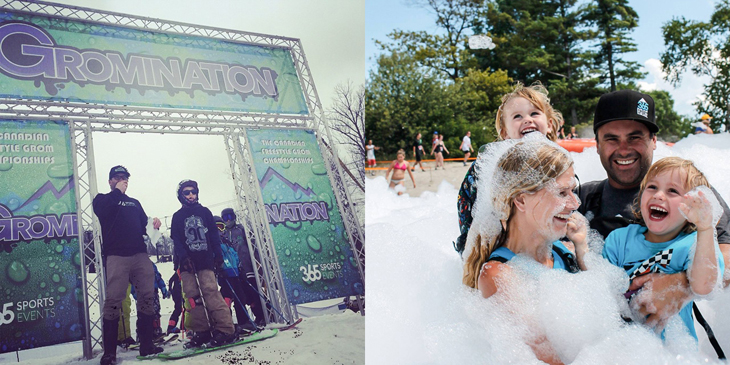 “I used to take it for granted,” says Fulton. “You work hard to leave a small town and then you miss it when you leave. I wouldn’t want to live anywhere else now. It’s good to be back and we are working with the The Town of Meaford to find a great location to build our new 16,000 sq ft facility to house our corporate head office. Right now we have 12 full-time employees and 2,000 part-time positions that we fill when the events are running throughout the summer and fall. Our plan is to grow globally and bring as many of these jobs home as we can.”

We don’t have to wait long to see another local event come into fruition as the Urban Slide is coming to Meaford on July 9, 2016. This will be the first stop of a six-stop province wide tour.

Who would have thought that the little boy who started off with a $5 bill and a dream to snowboard would shape a legacy that will leave an imprint on the sports and event industries for generations to come.