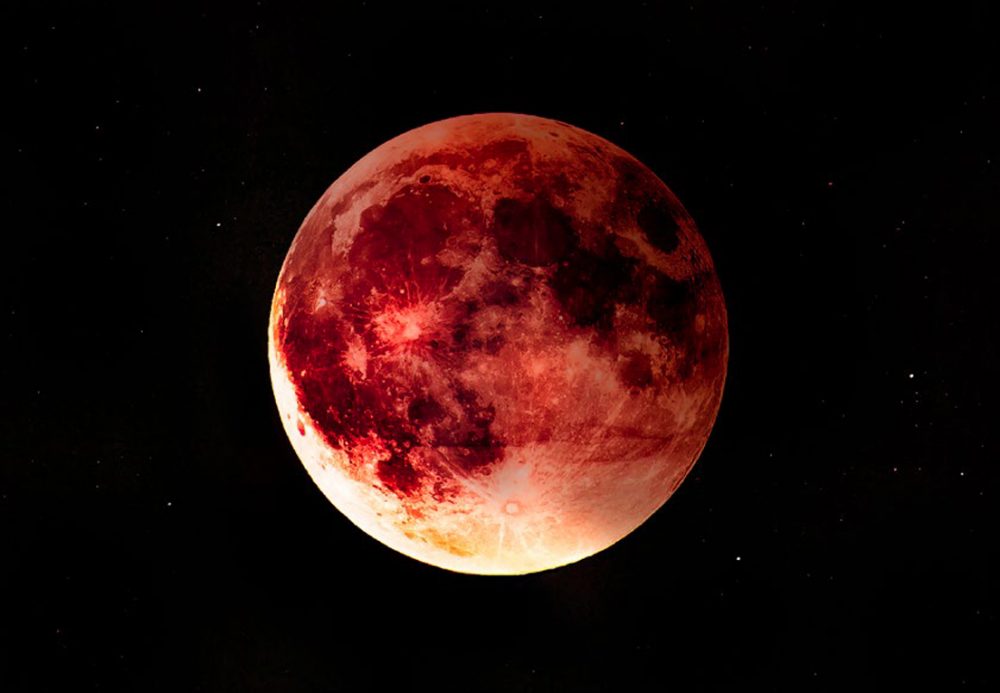 Last September, the night finally arrived for a much-anticipated rare celestial event—a ‘supermoon’ total lunar eclipse. (A supermoon occurs when the moon is both full and at its closest approach to Earth. A lunar eclipse results in a shadow gradually darkening the moon with a red tinge—dubbed a “blood moon”.) To any photographer with an interest in the night sky, this was a chance to capture an awe-worthy phenomenon, and I was ready and waiting for the show. With my kids and my tripod set up on the front lawn awaiting magic time, there wasn’t a cloud in the sky as we watched the moon rise. Then at only a few minutes to showtime, the unthinkable happened. We watched in dismay as the sky betrayed us and completely clouded over. We finally went inside in defeat and I typed a single word into my Facebook status; unrepeatable here.

Fittingly, coyotes howled at a distance, but otherwise it seemed for a moment that all the world was still, suspended under the blood moon.

Within minutes a friend commented that she could still see the moon clearly—in Ripley, a twenty-minute drive from me. I instantly hopped in the car, taking backroads in pursuit of open sky. Finally spying the moon, I saw it was almost fully eclipsed at that point, so I pulled over, slammed my tripod down on the dusty gravel road, and began taking a hundred shots. When I had a moment to collect myself, I looked about and realized I was surrounded by tall corn fields on all sides—something that would normally be rather unsettling to me in the spooky, eclipse-dimmed light. Fittingly, coyotes howled at a distance, but otherwise it seemed for a moment that all the world was still, suspended under the blood moon. I was not afraid, but almost glad of the vocal company enjoying this lunar event with me. I’m so glad I chose to shoot then and there, for within the space of about four or five minutes, the clouds moved back in, and the moon was gone.

Sarah Chisholm lives and shoots on the Lake Huron shoreline.