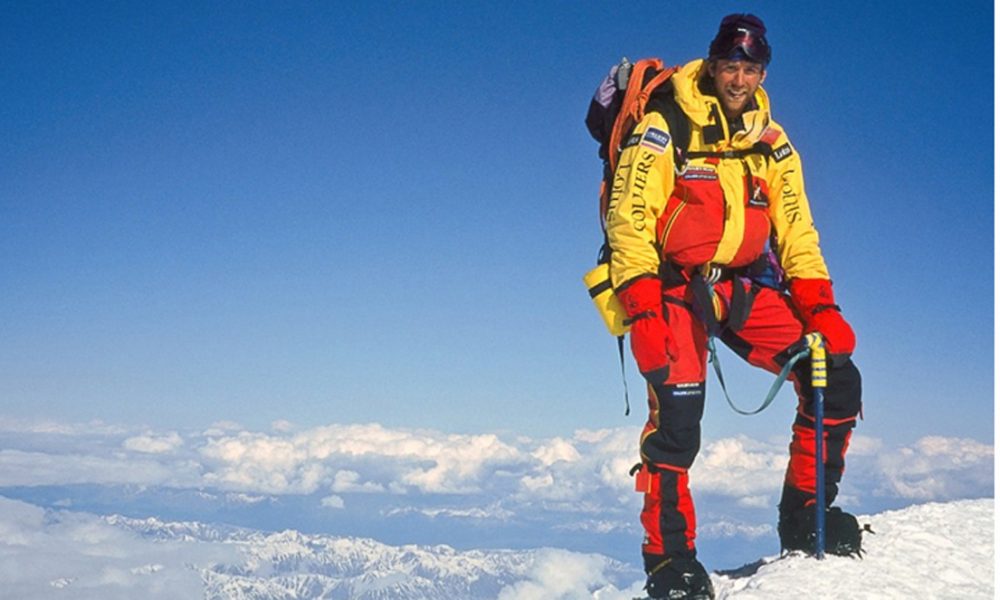 Recognized for connecting wild places with contemporary issues, wilderness writer and adventure photographer, Bruce Kirkby will be presenting at this year’s MULTIPLICITY event on April 10th at the World Ski & Snowboard Festival.

Bruce’s journeys have taken him through more than 80 countries. From crossing Arabia’s Empty Quarter by camel, rafting Ethiopia’s Blue Nile Gorge, traversing Borneo’s northern coast by kayak, or a coast-to-coast Icelandic trek, his adventures read like a bucket list of the most ardent adventurer. 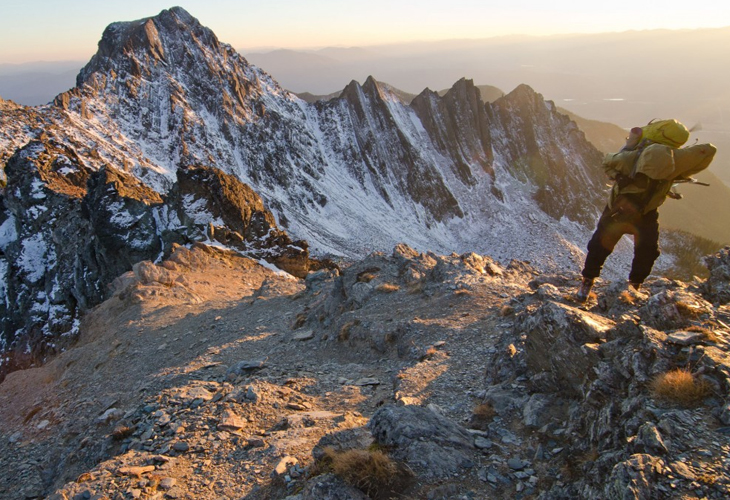 The Kimberley, B.C. native is a columnist for The Globe and Mail, author of two bestselling books, and a multi-National Magazine Award winner. Bruce’s writing has appeared in The New York Times, EnRoute, Huffington Post, Explore and Canadian Geographic.

His photographic clients include Patagonia, Lululemon, Time, Outside, NG Adventure and MacLean’s. Winner of a prestigious Western Magazine Award, Bruce’s photography was selected by National Geographic as among “the most compelling adventure images of the decade.”

We recently sat down with Bruce to talk about his upcoming MULTIPLICITY presentation on April 10th, 2016. . —Brian Peech

Get your MULTIPLICITY tickets here. 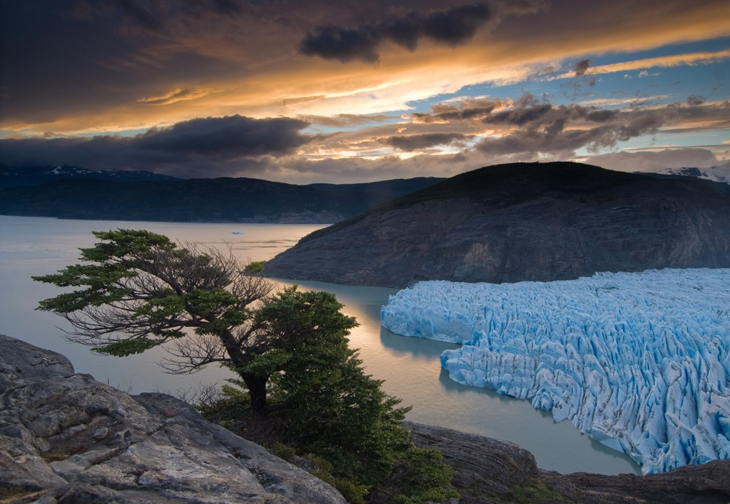 I’m sure you have many stories to tell, you’ve been to countless countries on these far-flung adventures around the world, but what are you going to speak about at this year’s MULTIPLICITY?
I really want to do something a different at MULTIPLICITY this year. For the last 20 years, I’ve gone away on trips and come back and told that story. I mean, I can get up and tell stories about camels puking and crocodiles biting, and it’s all fun and exciting, but I think as you do more and more trips and you get older, you start to wonder about the deeper thoughts behind some of the life choices you’ve made. I continue to get emails from people, saying, “Oh, man, I’m in university, and I’m kind of wondering what I should do.” Of course, there’s never one answer to that, but I want to try to take a stab at answering it. I have a few thoughts on how general society interprets where we find happiness and success. It often leads us away from freedom, which to me is the most important thing in my life. 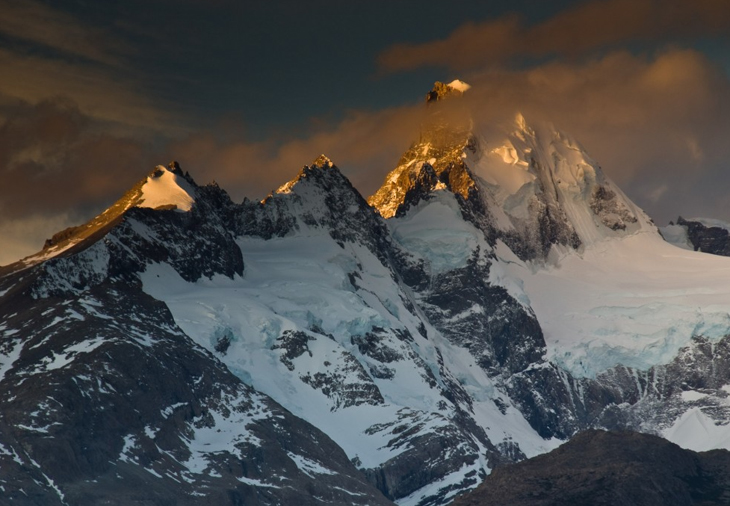 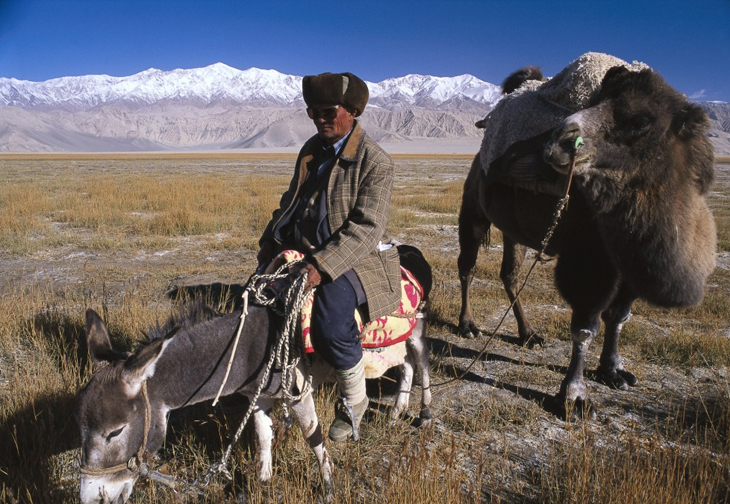 How did you embark on this journey of being an adventure journalist?
I came to a life of journeys and adventures as we all do as young men and women— wanting to be cool and emulating what we see in magazines, just wanting to live this crazy life. My life is a bit of a contradiction. In high school I failed two courses, Typing and English, which does not predicate a long and successful career in journalism and writing. And I also sucked at Art, which doesn’t really lead to someone going on to shoot a lot of photos. I was good at math and science, so I went on to study Engineering Physics, which is the geekiest degree you could ever have. It was actually a stroke of luck that I accepted the most boring job possible and after four months of that, I decided to start guiding rafts. From that point on, I kind of followed instinct and invested in experience over monetary things. I kept the cash flow low and the experience flow high. I started shooting photos, and funny enough, people liked them. Ultimately, we just have this short lifetime, and for whatever reason, I couldn’t bring myself to trade that time for money. I just could not work in an office; it was killing my soul. 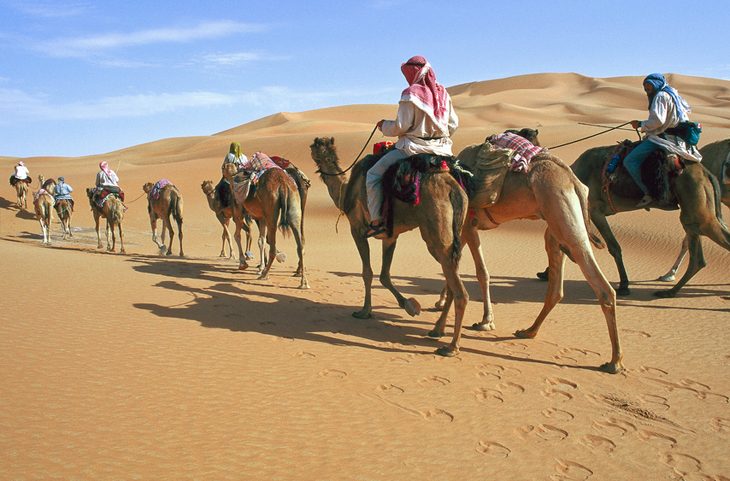 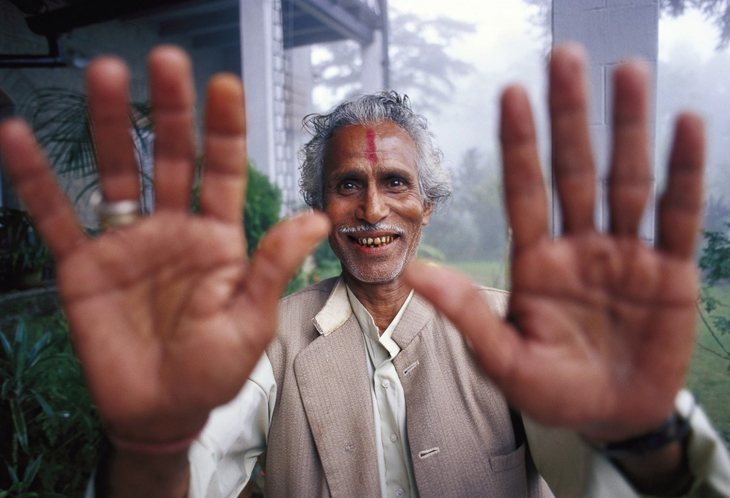 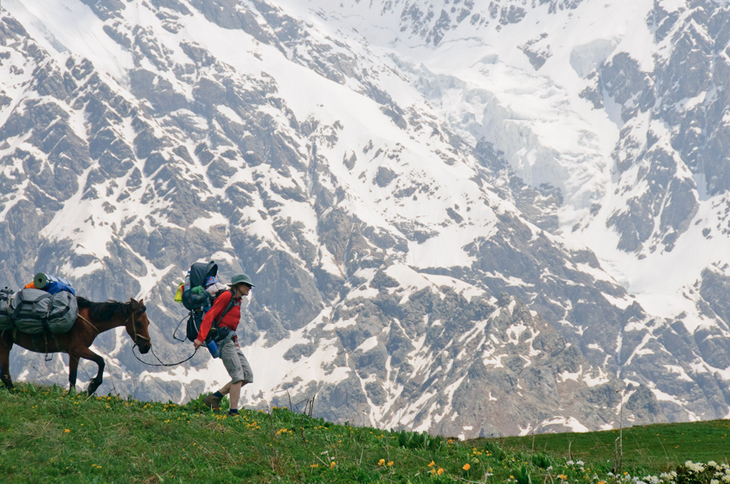 So your presentation is about the bigger picture of a life well lived, rather than any specific adventure?
Now that I’ve got two young boys, I’m starting to think on a different level. Like, if I had a chance to say to them what matters, it’s really not the adventure, it’s not about skiing, or going out to these far away places or growing up to be these great explorers. I realized that ultimately the only thing I hope they grow up to be is free. And that’s really one of the hardest things to attain in our world. So my presentation really talks about that. 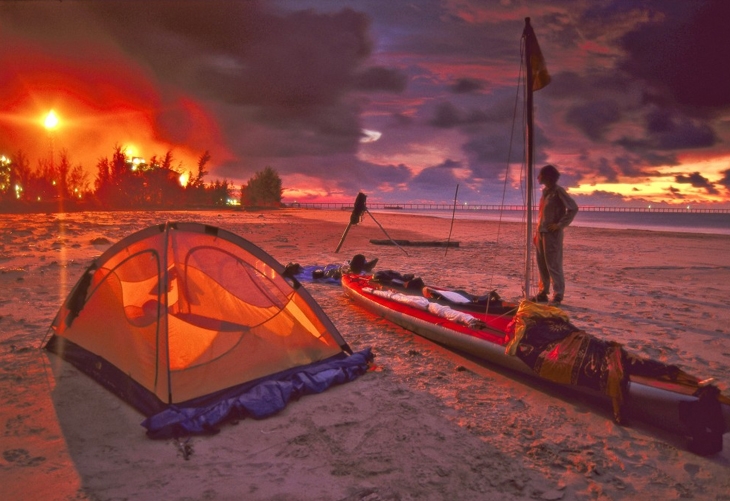 A lot of your work would be considered long-form journalism. Are you concerned at all with the state of media today?
Personally, I’m afraid people might stop reading books before my next one is finished and I’ll have wasted three years in front of a computer screen [laughs]. I do worry about length of attention span, but it’s amazing to see this sort of instant satisfaction takeover of our media. We’re seeing prominent photographers posting stuff from the field, you know? They’re on assignment in Borneo and these images are coming up every day. I mean, we lose a little bit of the mystery and magic of it, but I think there is a really deep innate connection to stories, and I think we’re just finding new ways to tell them. It’s just a new way of delivering complex, human and compelling information in a new medium. So I’m not worried; I’m just trying to adapt and adjust to how people do consume information. 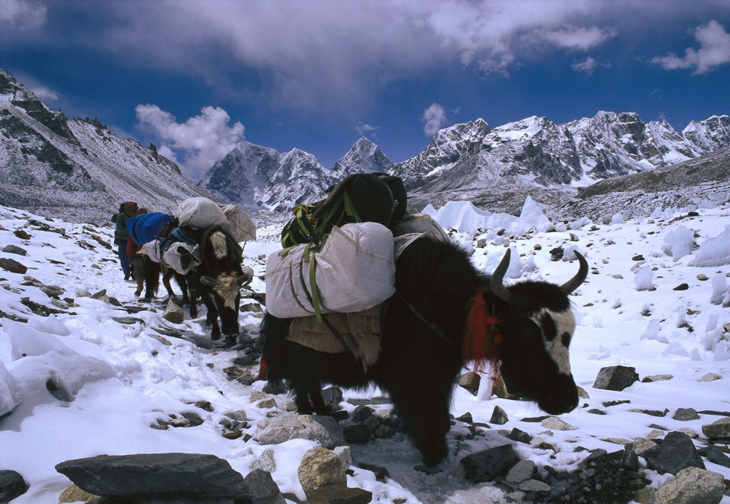 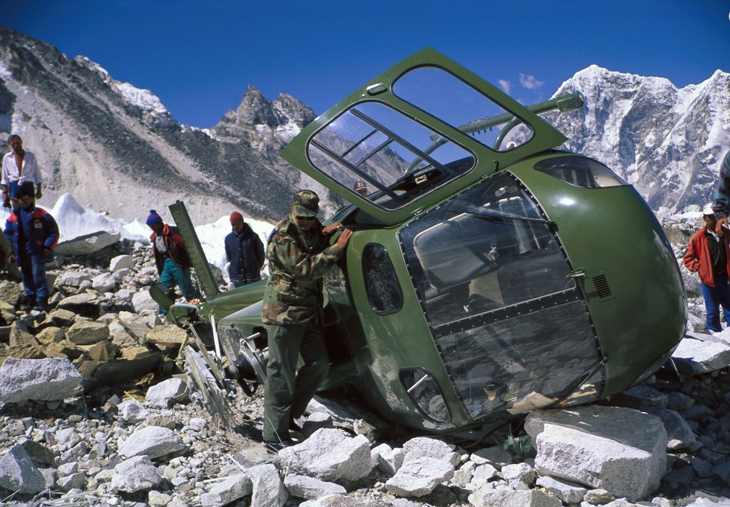 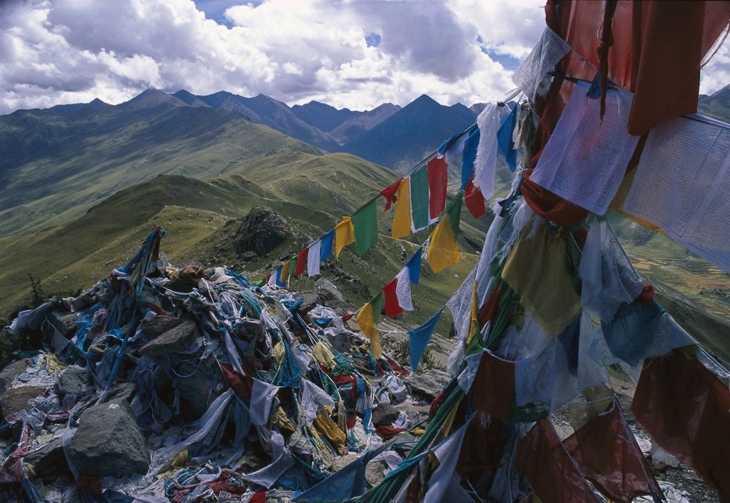 Do you have a favourite adventure you’ve been on?
Oh, man. I love Canada’s North, because it’s truly unprecedented in its scope of wilderness and size. We have a total natural gem here and have a responsibility to protect it. I love the Himalayan kingdoms. I’m not a religious person, per se, but I love the teachings of Buddhism and the non-attachment, non-material ethos. And I really enjoy Burma. I ended up getting thrown in jail there for not doing what I was supposed to as a journalist, but it’s an amazing country. It’s a glimpse into a way our world, or Southeast Asia was before the massive spread of modernity and homogeneous nature of everyone having a Coke and Kentucky Fried Chicken at the corner store. 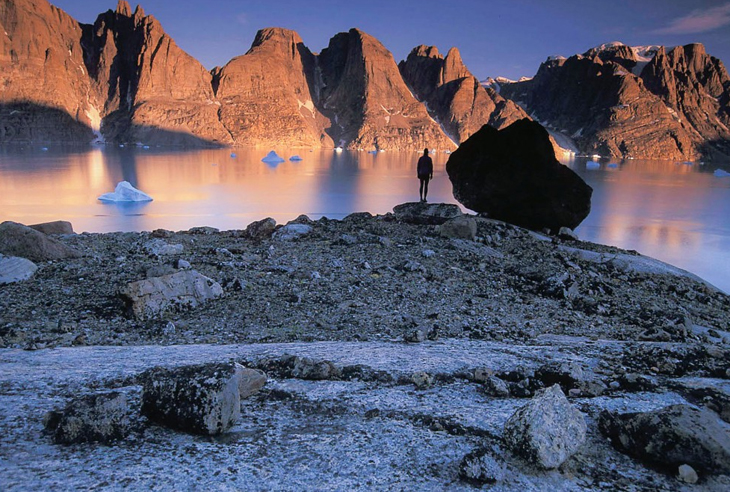 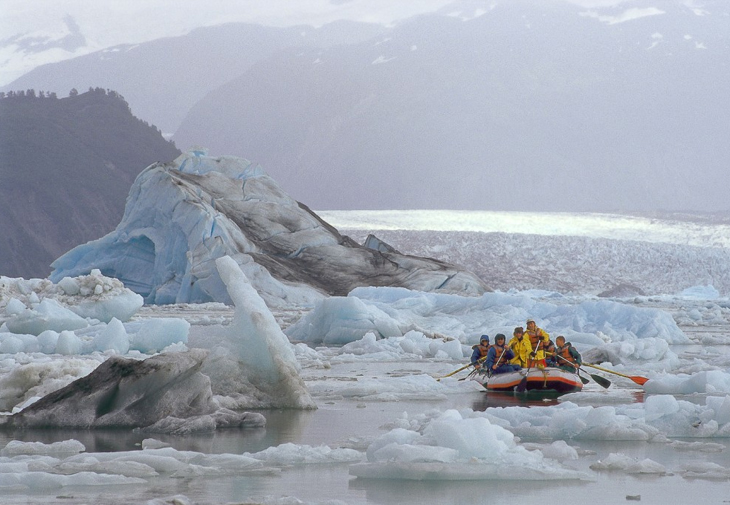 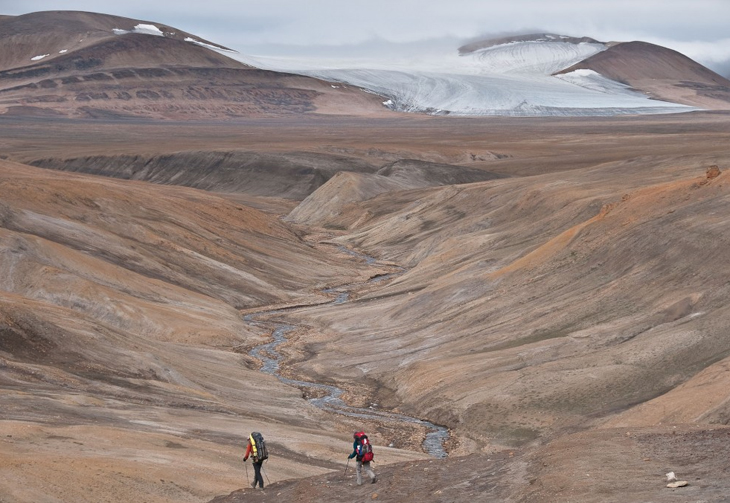 You’re not new to speaking engagements, how do you feel about speaking at MULTIPLICITY?
For me, I threw down the gauntlet for myself on this one. I have spoken a ton, and I mostly tell adventure stories and occasionally weave in messages of conservation, but MULTIPLICITY, man, it’s a chance to talk to my tribe, my people, and talk about what matters to me. It’s a tough thing to actually clarify and understand what you think about bigger questions in life, about rebellion and uncertainty and freedom. But challenge is always fun.

Finally, what do you hope the audience comes away with?
You always hope your audience is entertained and laughs and learns new things, but I think there’s sort of a twin thing I’m hoping to achieve, and one is a sense for all the people in the audience who are following a different course beyond the status quo. Whether they’re washing dishes up in Whistler, even thought they have a degree, it’s that importance and the value of being free. When we’re at a crossroads, either immediate or in the long road, we’re always facing decisions. I ultimately want people to leave with an understanding that we trade security for freedom, and I want them to think about what’s more important. 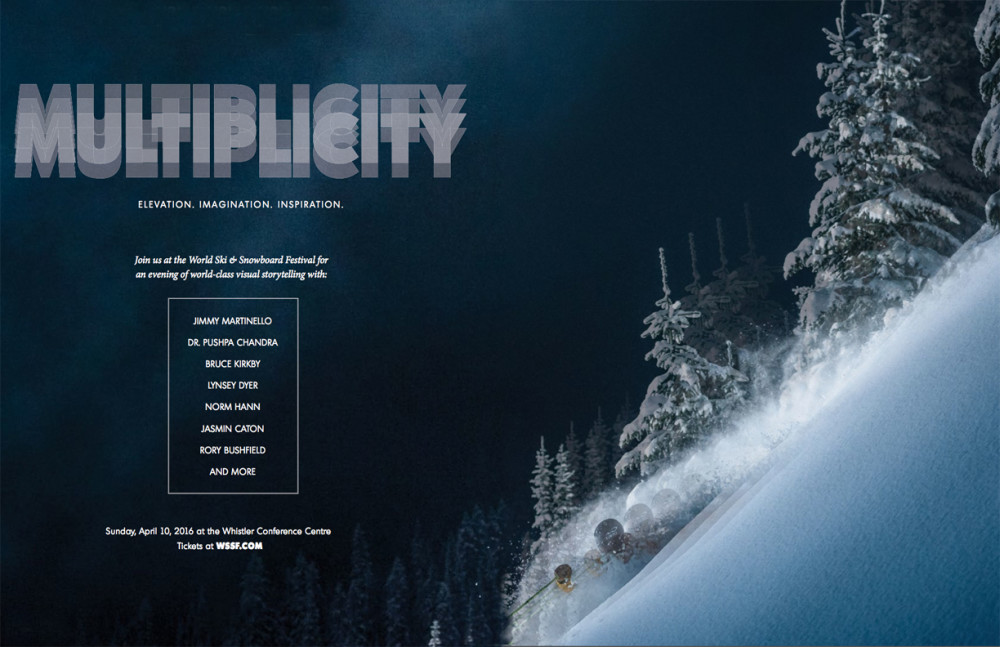 Like a TEDTalk® on adrenalin, MULTIPLICITY is adventurous visual storytelling at its finest, delivered by unique and passionate personalities in the mountain world. This event has become one of the crowd favorites in the WSSF’s line-up due to its immense inspirational message. A multimedia extravaganza designed to resonate as much as it entertains, the event premiered in 2013 and was immediately pegged “the most underrated event at WSSF.” Presenters use a mix of photography, slideshows, video and intriguing anecdotes to bring the audience into their world.

mul•ti•plic•i•ty noun \ˌməl-tə-ˈpli-sə-tē\
1a : the quality or state of being multiple or various.

This year’s line up of presenters includes: 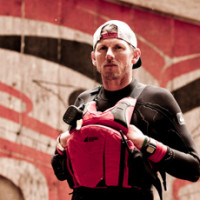 MULTIPLICITY 2016: NORM HANN STANDS UP FOR THE GREAT BEAR RAINFOREST
Norm Hann’s work in the Great Bear Rainforest as a guide, educator and coach led to a special relationship with the community of Hartley Bay. In 2006, he was adopted into the Raven Clan of the Gitga’at First Nation and given the name T’aam Laan, which means “Steersman of the Canoe”. Since then, Norm has stood up for the Great Bear Rainforest and fought to keep oil tankers off the BC coastline, starting with a 400 km Standup4Greatbear expedition in 2010 in which he traveled along the proposed tanker route… Read more