KONELĪNE: our land beautiful is a bold experimental film from one of Canada’s leading documentary artists, Nettie Wild, that seeks to explore the beauty and complexity of Northern BC as Canada’s vast wildernesses undergoes irrevocable change.

KONELĪNE: our land beautiful is a sensual, cinematic celebration of northwestern British Columbia, and all the dreamers who move across it.

Some hunt on the land. Some mine it. They all love it. Set deep in the traditional territory of the Tahltan First Nation, KONELĪNE captures beauty and complexity as one of Canada’s vast wildernesses undergoes irrevocable change.

An art film with politics, drama, and humour, KONELĪNE: our land beautiful explores different ways of seeing—and being. A guide outfitter swims her horses across the vast Stikine River. The world’s biggest chopper flies 16,000-pound transmission towers over mountaintops. KONELĪNE‘s characters delight while smashing stereotypes: white hunters carry bows and arrows; members of the Tahltan First Nation hunt out of a pickup with high-powered rifles. There are diamond drillers—both Native and white—and elders who blockade them. There’s a Tahltan son struggling to preserve a dying language, and a white guy who sings “North to Alaska ” to his stuffed moose.

KONELĪNE: our land beautiful does not lecture; it surprises with cinematic action and visual poetry. It is a bold experimental film from some of Canada’s leading documentary artists. 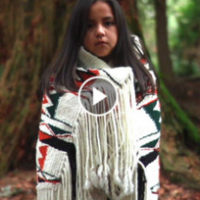 THE PERFECT STATE: NEW FILM TO EXPLORE OUR CONNECTION WITH NATURE
The Perfect State, a new film from Vancouver filmmakers Mike McKinlay and Rob Butler exploring the importance of nature in our lives, will be released later this Spring. The film follows four characters who’ve made nature a part of their life and their way of living. The 20-minute film begs the question: “How important is it for all of us to make nature a part of our lives, and how will we preserve it if we don’t love it?”… Watch video 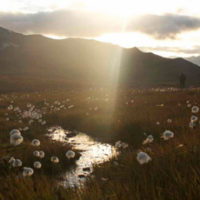