Some people see the world as a playground, where anything and everything can and will be a shreddable obstacle. As a kid growing up in Minnesota, Levi LaVallee looked at his state’s capital Saint Paul like a ripe fruit, begging to be plucked, and ripped to shreds on his snowmobile. A land of opportunity that only he could see, it was his mission to take that city over on his trusty sled. Now, he’s done it.

DANNY MACASKILL DOES IT AGAIN 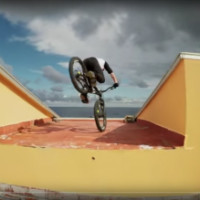 Any time Danny Macaskill drops an edit, it’s time to put everything down and watch. And once again he’s done it again. Insane riding on insane terrain with amazing cinematography… Watch video

CANDIDE THOVEX: ONE OF THOSE DAYS III 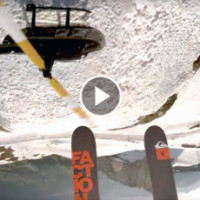 The final installment of Candide Thovex’s One of Those Days series is replete with paragliders, road bikers and more. Much, much more. Be prepared to be blown away… Watch video