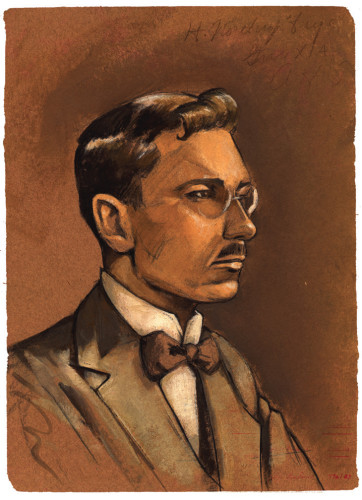 When the nattily dressed, bespectacled bank employee and former cricket captain Basil Darling arrived on the west coast from Toronto in the early 1900s, few might have guessed he’d become a leading mountaineer. But Darling took to the local hills and proved as competent at the end of a wiry hemp rope as he was with bank ledgers. Within a few years he checked off an impressive list of first ascents including Tantalus, Alpha, Serratus, Lydia, Red Tusk, Sky Pilot, Golden Ears, and Cathedral Mountain – among the tallest and most remote peaks on the North Shore.

He was enamored of the coast. “The beauty of these hills with their rich forests and magnificent outlook over the lowlands, the sea and the everlasting snows about Mount Garibaldi is even more varied if not so sublime as that of the higher ranges,” he wrote in an article on winter mountaineering for the Canadian Alpine Journal in 1910.

By his own account, Darling may have been among the first to climb on the Lions during the winter, guided by lantern light as he marched 16 miles from the city up the frozen Capilano River in the dark morning. It was “a splendid playground,” he noted. “The outlook from the top was superb and although a fleecy blanket of fog covered the city and the flat country, Howe Sound lay far below quite clear of mist and sparkling in the sun.”

“Darling was undoubtedly one of the outstanding mountaineers in all of North America in his time.” —Bruce Fairley, A Guide to Climbing & Hiking in Southwestern British Columbia

In 1911, Darling set off at sea level with Allan Morkill and J. Davies toward the Squamish River and the spectacular snow-covered peaks that towered above the valley and tantalized early climbers. The Squamish River – several hundred feet wide in places – presented a major obstacle to accessing the remote Tantalus Range. On at least one trip to the area, Darling managed a hair-raising balancing act crossing the river on a fallen log.

After a 4,000-foot bushwhack up the forested valley, he navigated the tumbling icefalls and crevasses of the Rumbling Glacier and climbed the east face of Mount Tantalus, the highest of the volcanic peaks in the range. Achieving the 8,540-foot summit was a major accomplishment (not possible today because of glacial retreat). He also claimed the first traverse by descending down the north ridge, and returned to the Tantalus Range to climb Alpha, Serratus, Lydia, and the Red Tusk. 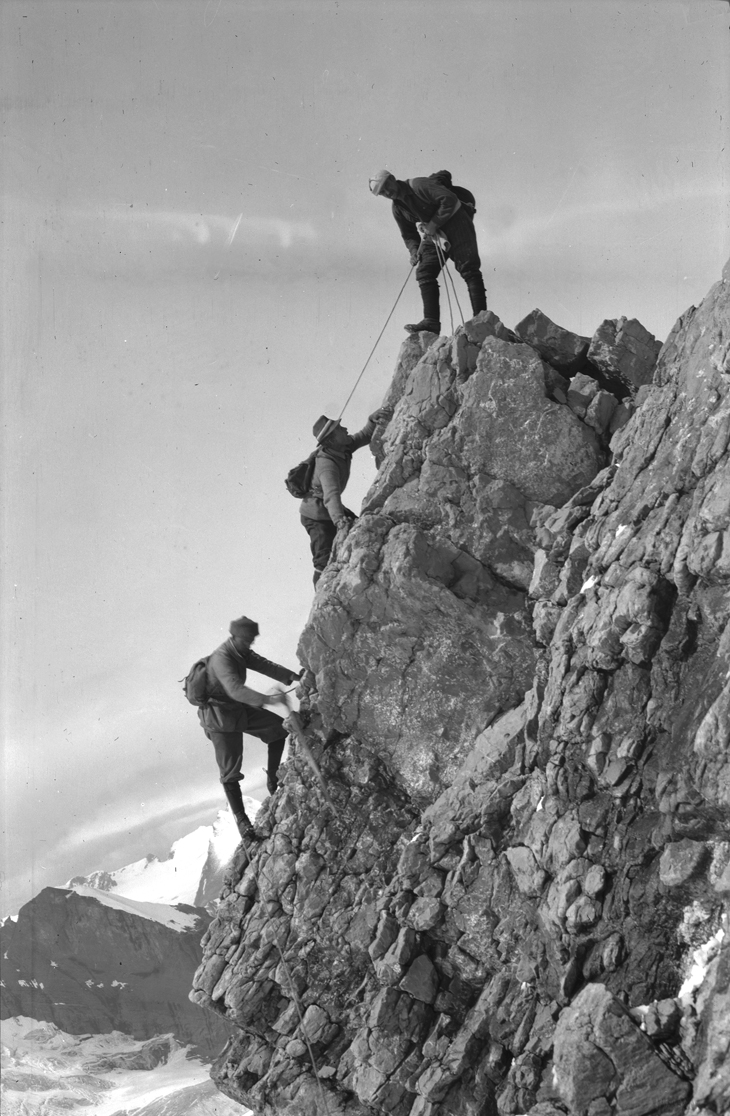 Two years later, in August 1913, Darling teamed up with Harley Prouty and guide Walter Schauffelberger to climb Mount Robson, the highest peak in the Canadian Rockies. After 14 hours, they came within 400 feet of the summit via the Wishbone Arête. They were forced back, Darling wrote in the 1915 CAJ, when “black storm clouds swept up the great ice slopes and couloirs below us. Snow began to fall, the cold became intense, and the rope froze till it was like wire, and could only be coiled in large hoops. A strong wind began to blow, and the peak became obscured by mist and snow.”

They spent a long night shivering on the mountain with the wind howling, thunder roaring and lighting flashing. In morning’s dim light, they made a harrowing descent through continuous fresh snow avalanches.

Darling came close to the summit on a second attempt on Robson’s southwest ridge with Albert MacCarthy and guides Conrad Kain and Schauffelberger. Of his two Robson climbs, Darling wrote that the west arête gave him “greater pleasure” and he was sure it would become known as “one of the finest rock climbs in Canada, and probably the most sporting route to the top of Robson.” Finally completed in 1955, the Wishbone Arête is included among the 50 classic climbs of North America.

Darling moved between Winnipeg, Toronto and Vernon to pursue his banking career. He was diagnosed with tuberculosis as a young man and retired in Victoria where he lived until his death in 1962.