Mountain Life contributor, Jason van Bruggen recently produced this short video bursting with impactful imagery of a remote and pristine northern Canada for the The Explorers Club annual film festival. You may recognize much of the footage from the latest Mountain Life Annual feature Requiem for a Future North.

“‘The North’ is a personal ode to the impossibly vast landscapes and the warmth of the cultures I am lucky encounter on my annual journeys to remote locations north of 60,” says van Bruggen. “I used footage from a few assignments and imagined a single story of exploration which embodies my reverence for these places of unspeakable beauty. As a fellow International of the Explorers Club, I created the film to open their annual film festival and get more of the Club’s esteemed membership excited about the Arctic.” 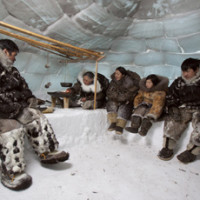 MAPPING A REMOTE COMMUNITY TO HELP SAVE THE ARCTIC EIDER
The Arctic Eider isn’t just any duck. The feather of this sea-ice dweller is the warmest in the world—a marvel of nature that allows the Eider duck to spend its winters in one of the most remote and frozen habitats on the planet. And now—thanks to Google Maps, the Inuit community of Sanikiluaq and our small environmental charity the Arctic Eider Society—people from around the world can explore this extraordinary and fragile part of Canadian geography that the Arctic Eider calls home… Read more 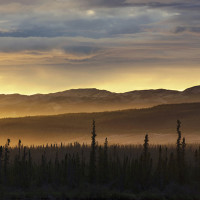