Chile. Land of llamas, empanadas and summer snow. Originally I’d planned on heading there early in the summer but lack of snow but that plan on hold. Eventually Chile turned on with a few massive storms and the thought of going again crept into my mind. Emails were sent and a ‘plan’ was hatched. When Arc’teryx asked me about the ‘plan’, I simply stated there really wasn’t one beyond running to the hills, getting small while climbing mountains and riding down them. 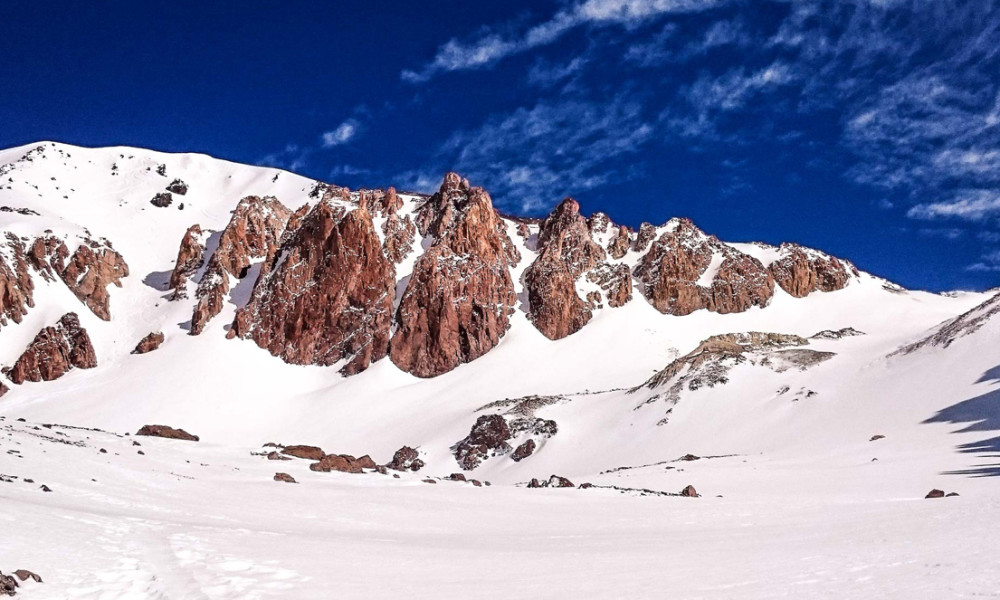 Typically, I don’t have any goals in mind other than simply enjoying my time in the mountains and discovering whatever they have to offer. The process of discovery and allowing the mountains to guide me to a line inspires my footsteps. Put the skins on, pick a direction and start climbing. On the ascent, options will come into view and the best choice can be made depending on conditions. Having one set goal to ride typically leads to dangerous decisions or frustrations of not getting it perfect. With that in mind, my only idea was to head south and get away from Valle Nevado as I’d been there a few times before (a long time ago). 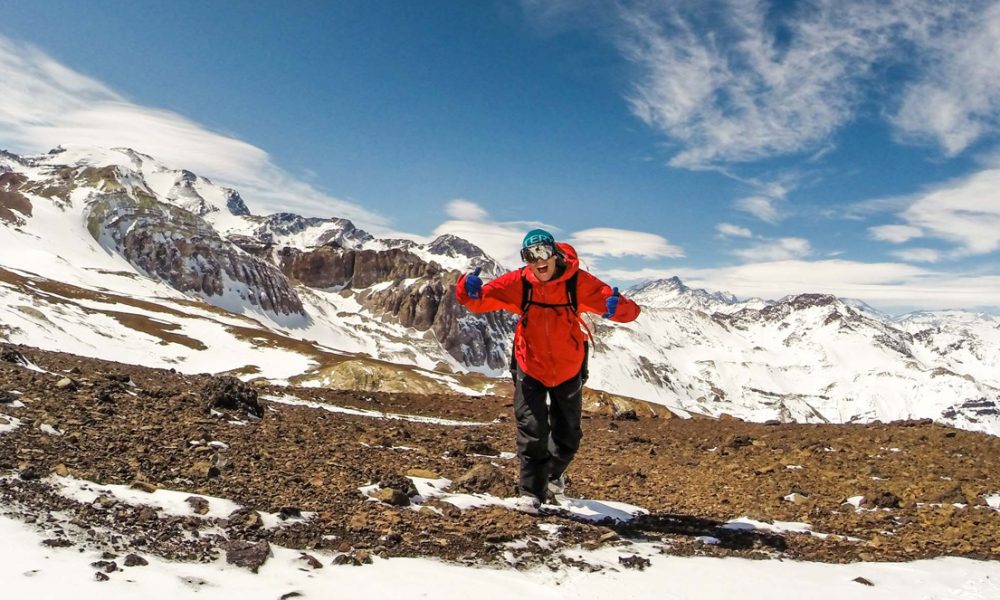 Enter my friend Spencer Francey. He’s been heading to Chile for nearly twenty years and was to be my partner for some missions. However, he’d also mentioned he was working a commercial that he could use me as a snowboard ‘actor’ and for snow safety. After some discussions with the production crew I was in the cast. This worked out great because in addition to some cash to help the trip roll a little smoother, they were going to put me up and feed me for the few days I’d be on the commercial. Having not ridden since spring, the shoot would also make a nice warm up for the rest of my trip.

The commercial was a bit (highly) ridiculous, and somewhat tedious as most commercial shoots are (take, reset, do it again!) but fun nonetheless. The shoot also coincided with 80cm of snow. There’s not much mountain climbing to be done in the Andes when it’s puking so the commercial timing was great. The slope they’d picked for the opening scene involved a fairly serious piece of terrain with terrain traps, so every day I was able to get some snow safety laps to ‘assess’ the conditions in between takes. 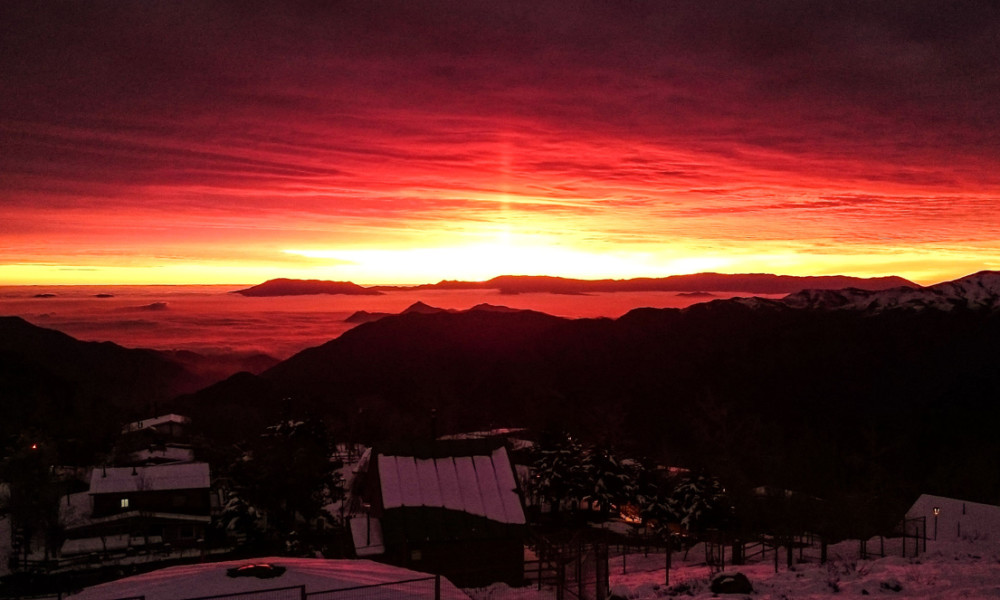 Originally, the commercial was supposed to take 3 days (for me), but with the weather it turned into six. The plan with Spencer and his fiancé Claire had been to head south immediately after the shoot but the producer and director both wanted to spend a day riding and skiing. Maybe talking to me about powder all week got their minds turning. So, the following day we took them up the mountain at La Parva. The producer, Charlie, had never skied “off piste” while the director, Mark, hadn’t been snowboarding in 7 years. After a few runs to gauge their ability I figured a classic local couloir called La Chimenea would be a fun place to blow some minds. Hiking up to the top and looking into the steep entrance made for some nervous moments for Mark and Charlie. But with some guidance and reassurances they both rode the couloir like champs. Having never ridden anything remotely close to the Chimenea, to say they were both excited upon exiting would be an understatement. However, that excitement would steal my partners as the producer invited all of us to dinner in Santiago. I politely declined wishing to stay in the mountains and ride, while Spencer and Claire left for Santiago. 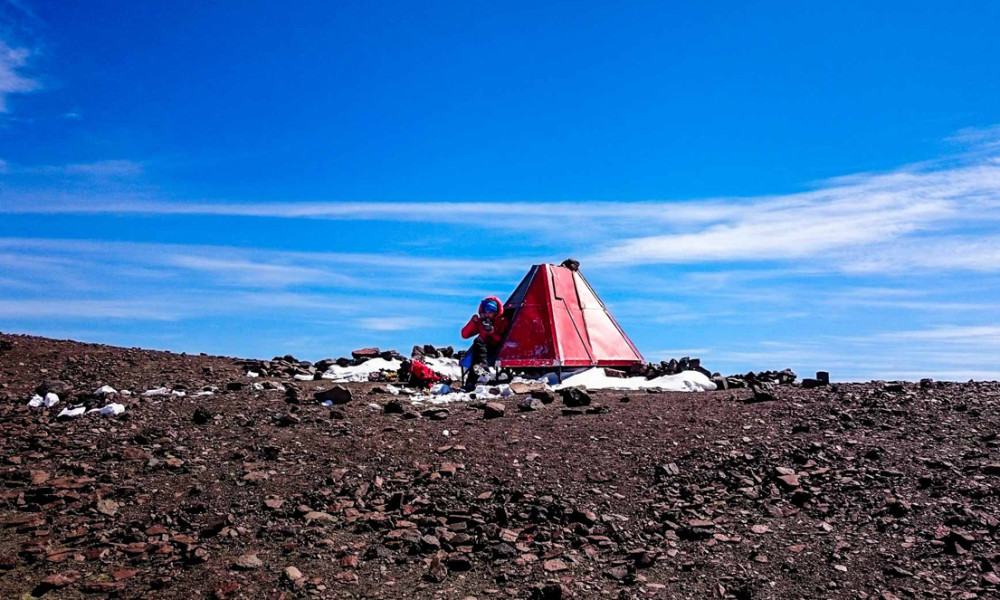 The following day would be the day of the trip for me. I skinned up to an area that was filled with couloirs that previously had been unrideable. But now with 80cm in them they were all looking good. Only catch was, I was solo. Having dug pits all week for the shoot I was confident in the snow, but riding 45-50 degree couloirs by myself definitely heightened the decision making and I forced myself to slow down to correctly assess the conditions. Soon enough though, snow was flying against couloir walls and I was screaming out the bottom of lines with not a soul in sight.

With another storm on the way and wanting to somewhat stick to my original idea of heading south, I quickly packed up and headed south to Termas de Chillan thinking to meet Spencer and Claire. Arriving at 1am to locked doors at MI lodge, my mini rental car turned into home for the night. Upon waking up I found out Spencer had been saddled with some extra work and had to stay in Santiago. Seeing that my plan wasn’t really a plan and kept changing anyways, I didn’t dwell on it too long and headed up to climb one of the local volcanoes. 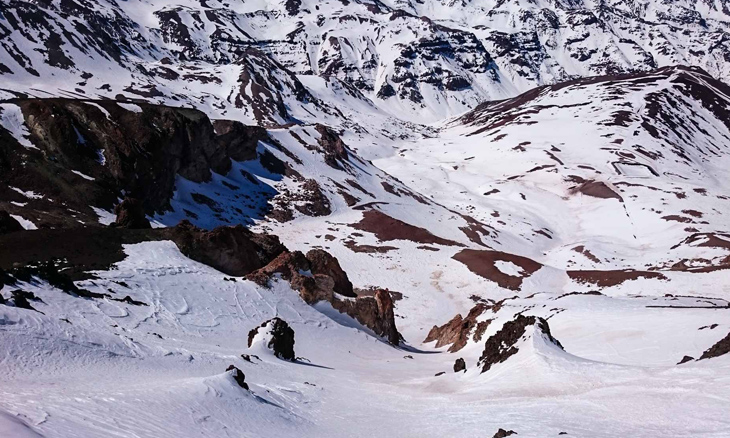 In Chile, the wind seems to be a constant companion and this day it wanted to party. Gale force winds greeted me on the upper slopes as I fought to maintain my footing. Eventually, as I summitted onto the crater’s rim, the wind won and literally knocked me off my feet. Crawling around the rim was the only way to progress. While on the summit everything had to be strapped onto my pack with me holding the pack down. Incoming storm, mega wind, flat light, you can guess how awesome the ride down was. Regardless the experience was amazing and looking into a volcano’s crater is always awesome.

The storm showed up and pretty well canceled any further snowboarding for me. No real amounts of snow, icy conditions and fog were the forecast for the remainder of my trip. But one of the great things about getting skunked while snowboarding in Chile is the close proximity to the coast. 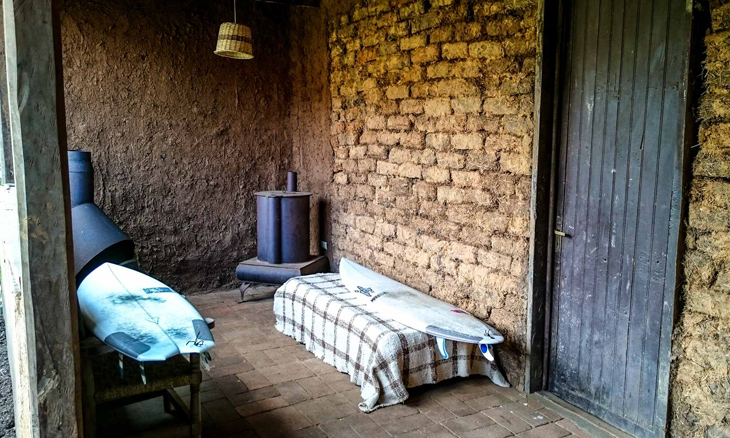 A few phone calls to a local surf legend Coco Puig and I was headed out to the coast. His family had been farming the same plot of land for over a century with an ox and plow. Besides being right on the beach, they’re homestead was an amazing experience with old adobe buildings, ancient artifacts that the family had dug up in the hills over their time there and Coco had a ton of amazing stories from the area.

On my last night in Chile, upon returning from one of our surf sessions, we walked into Coco’s house to find out there’d been a 8.4 earthquake a few minutes prior and Tsunami warnings had been issued for the entire coastline and one question floated in the air “Uhhh should we run to the hills??” Yes. Yes we should.

Thanks Arc’teryx for the help in my loosely laid ‘plans’, and the hospitality of Powder Lodge, MI Lodge and Coco Puig. 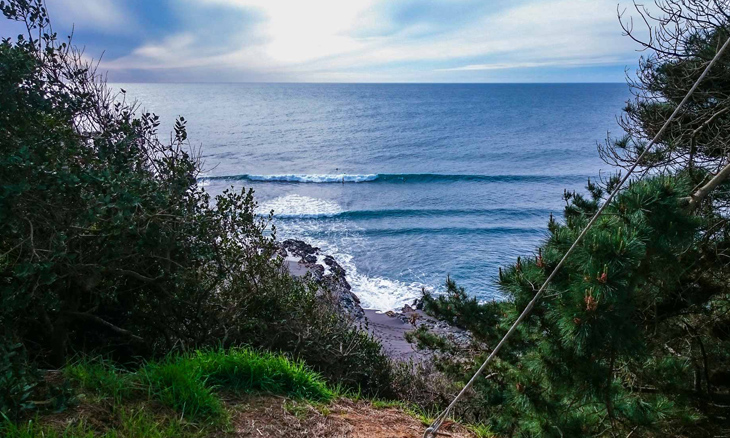 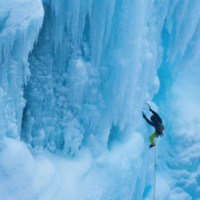 COMMIT: COLD FOCUS – ICE CLIMBING THE FJORDS OF NORWAY
With the limited beta we’d been given, we had set our eyes on a very specific objective. Located beside the Kafjord Suspension bridge lies a huge waterfall that attracts big crowds in the summer months. With the right conditions, it can freeze over in the winter, producing a massive icefall over 120 meters tall, pocketed with multiple ice caverns; potentially epic conditions for ice climbing… Watch video 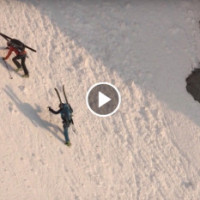 NEW ARC’TERYX SKI BOOT LOOKS LIKE A GAME CHANGER
Arc’teryx expands its footwear collection in 2016 with a the first ski alpinism boot. The only hybrid ski boot of its kind, the Procline Boot combines all of the features of a classic alpine climbing boot with those of a lightweight ski mountaineering boot to create a new benchmark of agility and lightness for mixed ice/rock ascents with unmatched support and power for technical ski descents… Watch video