River Wide is a fly fishing film about the Skeena River and a current environmental issue that threatens the entire west coast salmon population; the Petronas (LNG) liquid natural gas facility on Lelu Island at the base of the Skeena River.

The estuary is the ecosystem where juvenile salmon make the physiologically challenging transition from fresh-to salt-water. Because all salmon must travel through the estuary, they rely on this habitat, even if they spawn hundreds of kilometers upriver. Thus, a productive and intact Skeena River estuary supports salmon populations that support fisheries that operate throughout the watershed.

Science has found that estuary ecosystem health is connected to salmon population vitality. Previous research has documented that loss of estuary habitat leads to dramatically lower survival of salmon. A study of 27 estuaries in western North America found that Chinook salmon survival was 1/3 lower in degraded estuaries compared to pristine estuaries.

“If they were trying to find the worst possible site to put it in terms of impacts to salmon and other species, they’ve found it.”

Along with the water and air pollution at the estuary, the pipeline would cross over 1,000 watercourses and with more than 40 ruptures in Canada in the past 25 years, the risk of environmental contamination is high.

As of October 2, 2015, the Petronas proposal is still moving forward, but is facing enormous resistance from lax Kw’alaams first nations members, who are occupying Lelu Island and exercising their rights to the land.

To learn more about how to block this LNG project from moving into the Skeena watershed add your name to the Lelu Declaration, get informed, get active, talk to your local politicians and share as much as you can. 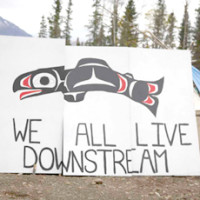 FIGHT FOR THE SACRED
As a snowboarder, it is not typical to spend the summer months occupying drill platforms or blockading roads. Most riders work summer jobs to fuel winters of snow-filled pleasure, but last summer, Beyond Boarding headed to Northwestern BC to join a resistance led by the Klabona Keepers, a group of indigenous Tl’abonatine elders and grandmothers fighting to protect their traditional lands from industrial exploitation… Read more 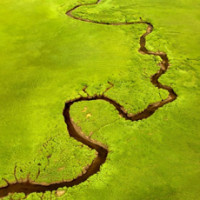 A FAILURE TO REASON: SAVING THE GREAT BEAR RAINFOREST
Freed from the strictures of Kyoto, tar sand lease-holds are rapidly expanding. And in lieu of a national energy strategy, there are no plans to rein things in. To capitalize on the lack of regulation, Calgary-based Enbridge Inc. has proposed a 1,177-kilometre pipeline to carry tar-sands bitumen from Bruderheim, Alberta, to the port of Kitimat on the North Coast of British Columbia… Read more