When I accepted the invitation to come aboard the Lasqueti Explorer as a photographer and deck hand, I didn’t fully anticipate being face down in rotten squid, clams, and salmon while packing bait jars for 18 hours a day. 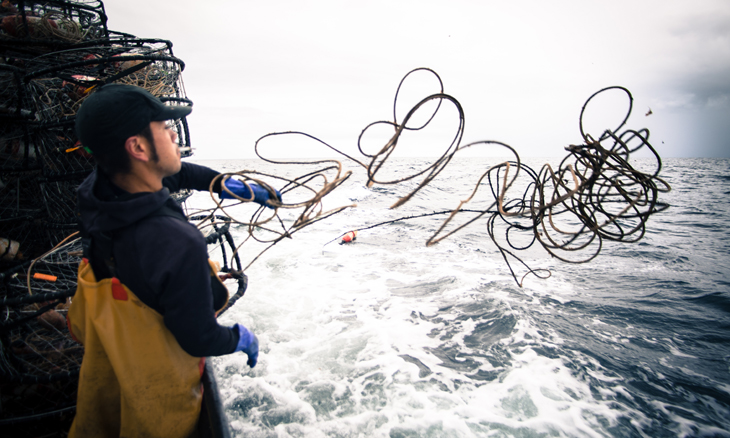 Photography and words by Talon Gillis

I’ve found it’s best to refrain from thinking too much about the grimy, dirty jobs most people avoid and just say yes to adventure and the unique experiences that come up in life. It’s not very often that an artist is invited into a real rough-and-tough work environment with full creative control, so when captain Mike Hoffman offered me a spot aboard his commercial crab boat, I said yes without hesitation and started packing. 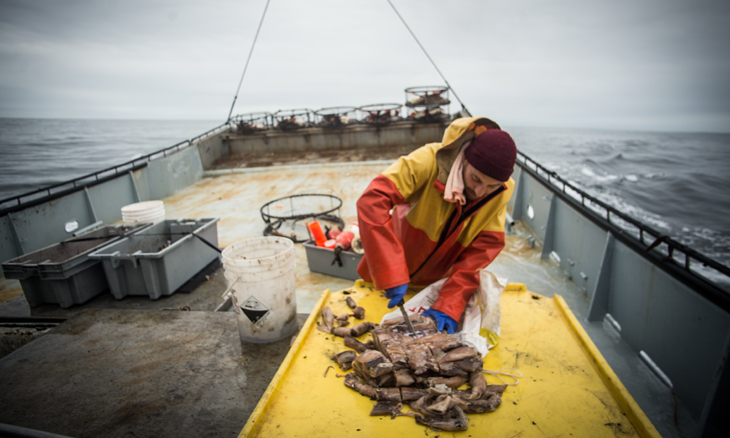 Mike runs a small crew, and as a photographer, I wanted to capture how the men felt about being fishermen. I often obsess over a minute detail or notion, getting lost in time and thought, exploring my own curiosities to create something thought-provoking from basically nothing. I think that’s what makes a good photographer, someone who can pick out and isolate one detail and have an entire story automatically unfold and ooze out around it. After being posted up on the crab boat for a few days, working off the coast of Haida Gwaii, it quickly became apparent that Jon Calface would be that one detail. 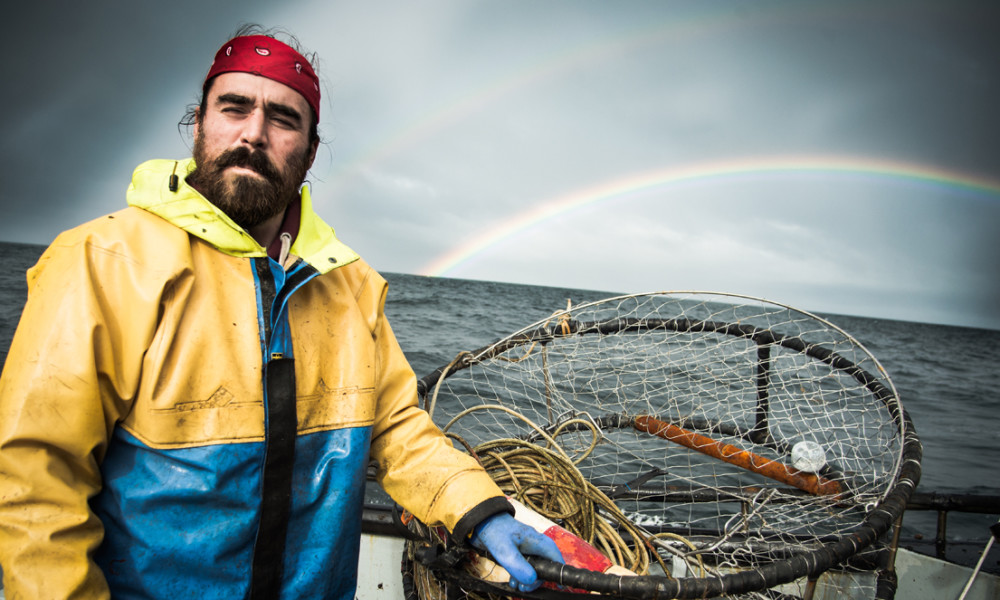 Out of all the fascinating things I could have taken note of – the wildlife, coastal landscapes and numerous alien creatures being pulled up from the depths – it was Jon who I most often pointed my camera at. I think it was his dedication that I found most interesting, maybe even inspiring. I was intrigued by the subtle enthusiasm he had towards the fisherman lifestyle – he embraces, enjoys even, what most would find gruelling and intolerable. I observed his daily ritual of putting on rain gear, tucking in his gloves, and folding his headband perfectly and tying it tight to keep the hair out of his eyes. Jon’s medieval work belt held old fashioned tools; key pieces that he has refined over the years to make his long workdays pass more smoothly. He never once fussed or fumbled with his gear while on deck and every movement flowed with calm composure, and dignity towards his work and his life. It was exactly what I wanted to capture in my photographs, the pride of all of the men on the boat. “The fishermen that saved fishermen…” I keep repeating to myself, “a dying breed brought back to life.” 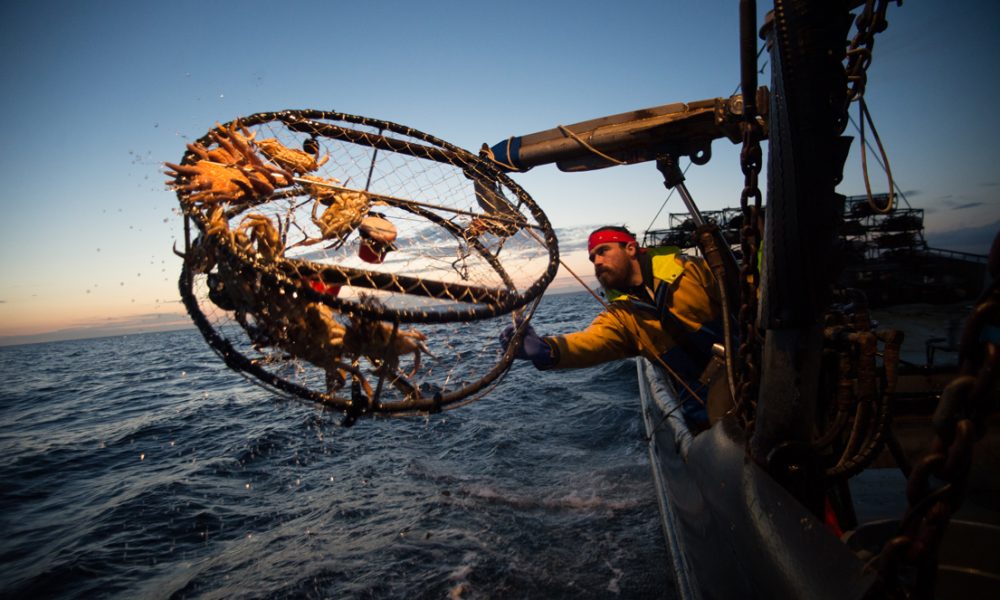 Commercial fishing on BC’s North Coast is more than a job; it is an identity and a lifestyle. It’s heroic and epic and all those overused words that mean so much more at sea. There was once a time when fishermen would return to the port of Prince Rupert to unload their haul and the entire town would light up with life. Those days are long gone, but there remain a collected few who call the ocean home. Men with adventure and wanderlust ingrained in their nature. Men unflustered with bad weather and challenging living conditions, thriving on the intensity, relishing the hard work. Men, and women too, for that matter, who roll into town after a big trip with honest, content, wind-burned smiles on their faces, ready to celebrate life and buy you a drink… should you be so lucky. 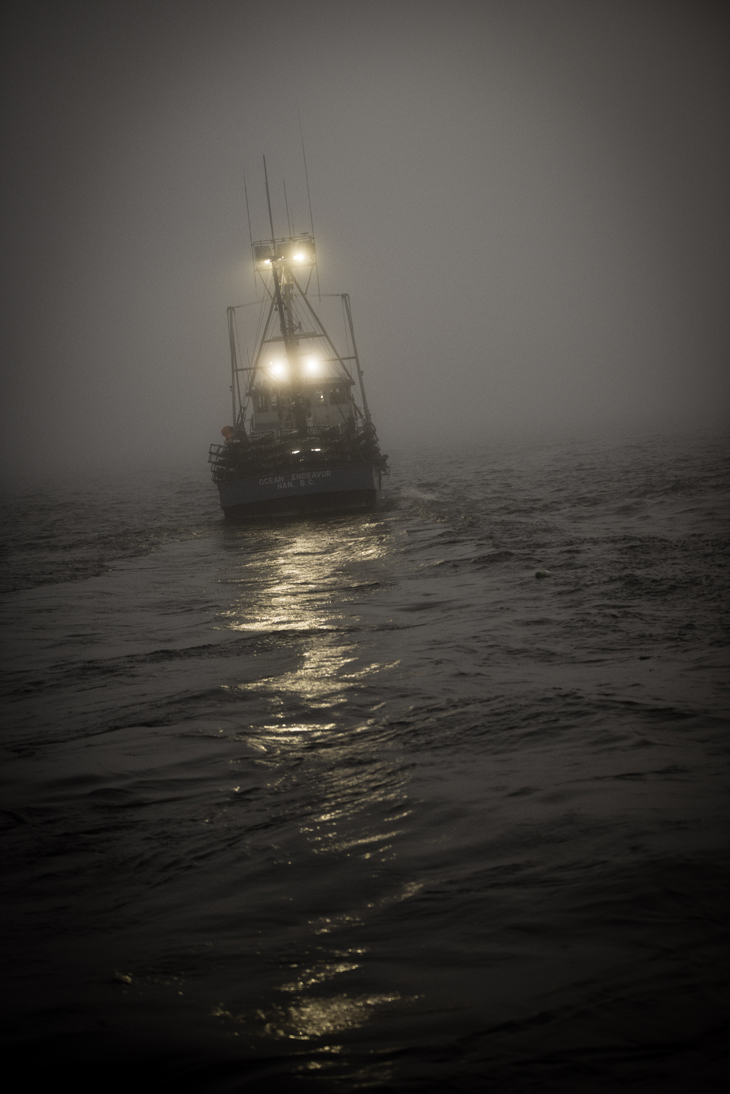 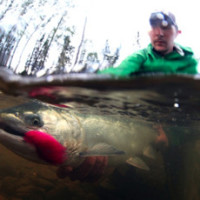 CHUITNA: MORE THAN SALMON ON THE LINE
There is something intensely visceral and awe-inspiring about the Chuitna Watershed. Deep pools teeming with wild Pacific salmon pervade the vast landscape. Oversized tracks from grizzlies and moose are omnipresent, creating an eerie feeling as you navigate through fields of fireweed. And the spirit of the native Tyonek people, who have called this land home for millennia, resonates with every flight of an eagle and leap of a salmon… Read more

STEELHEAD AND SPINES: WILD FISH AND BIG LINES IN ALASKA 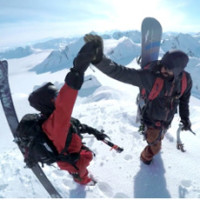 In the spring of 2015, Neil and Ian Provost embarked on another pursuit for big lines and wild fish. Once again, it was north to Alaska, just as it was 3 years ago on their first trip to capture steelhead and spines. Since then, the burning desire to explore around the next bend, to see what’s on the other side of the mountain, has grown to an inextinguishable level… Read more