Locally, her work hangs in a coffee shop while she spends her days teaching people how to snowboard, but on a global scale, illustrator Sarah King might be Whistler’s most wide-reaching artist. Her fine-line illustrations and dense typography pieces have netted King a client list that includes The New York Times, Oprah Magazine, The Guardian, Vice, BBC History, Gnu Snowboards and the San Francisco Museum of Modern Art. 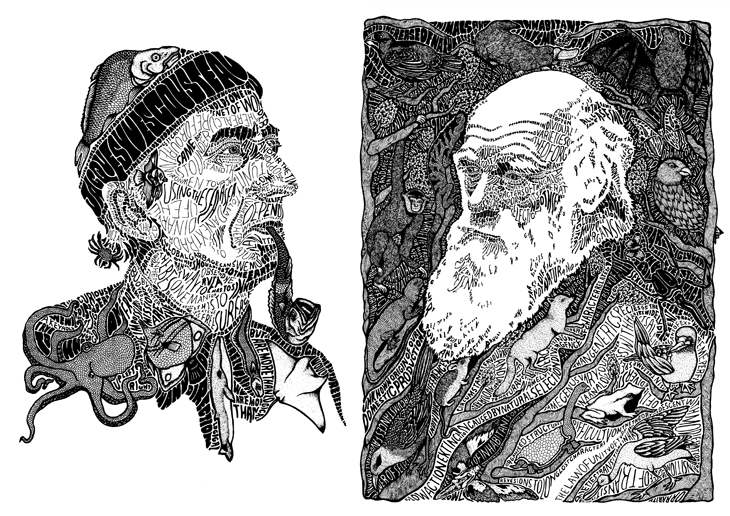 “I get a lot of work through word of mouth,” admits the 30-year-old, who confesses to having had to draw no fewer than five portraits of President Obama in recent years. “When you do stuff for a mag like Oprah, something that massive in America, it brings a lot of exposure,” Sarah says, adding that one highlight so far was working with National Geographic. “That was kind of a dream come true. It was just one illustration, but when you get a job like that it’s like, whoa, is this a real email?”

Growing up in England, art was a part of Sarah’s life from the beginning. “I always drew as a kid, my dad was a writer and my mom was an architect. I used to write and illustrate my own little books and hand bind them, then sell them for a pound at the local grocery store. They were about aliens and stuff.” 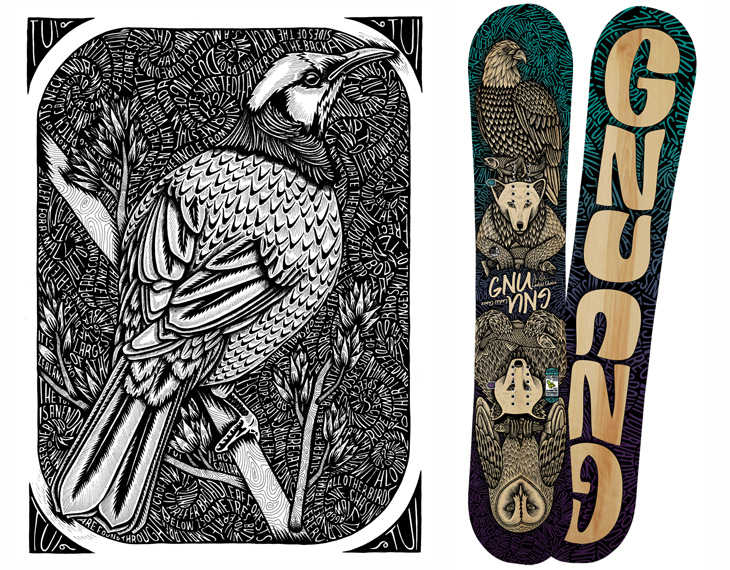 From there, Sarah studied graphic design at the University of Brighton. “We did a lot of old school printing techniques and learned how they used to lay out typography back in the day,” Sarah says. “Letter press, screen printing. It was unreal. I think school gives you structure and forces you to do a ton of work you might not do otherwise.”

After graduating in 2008, she flew to New York to intern with designer, Mike Perry, who she says really opened her eyes to how hard an artist has to work to survive. After that it was back to London to start a career. “I lasted six months,” Sarah laughs. “I went to Southeast Asia and worked as a scuba instructor for a while, then I learned to snowboard in Japan.”

Towering mountains and dark skies play a prominent role in many of Sarah’s more recent illustrations and the ocean is another recurring player – sketchbooks from the scuba diving days contain manta rays and imagined beasts of a night dive, while one of her most popular typography portraits is of Jacques Cousteau. And animals, lots of animals. Tigers, wolves, bears, moose, elephants, crocodiles, a dog with wings and all kinds of birds find their way into a majority of Sarah’s work. “I’m trying to cut down on the wildlife, to not get too stuck on it. People love owls and wolves.” 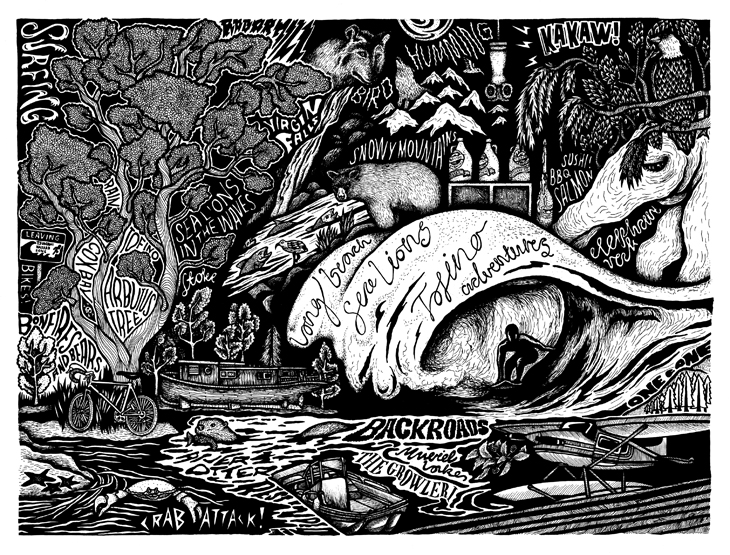 Also skilled at animation, Sarah’s most recent artistic outlet is to burn her imagery into wood with an electrically-heated pyrography pen. “I picked that up here in Whistler,” she says. Sarah met another local artist, Julia Vagelatos— co-founder of the boutique shoe empire Love Jules Leather, at a garage sale and admired her pyrography work on leather. 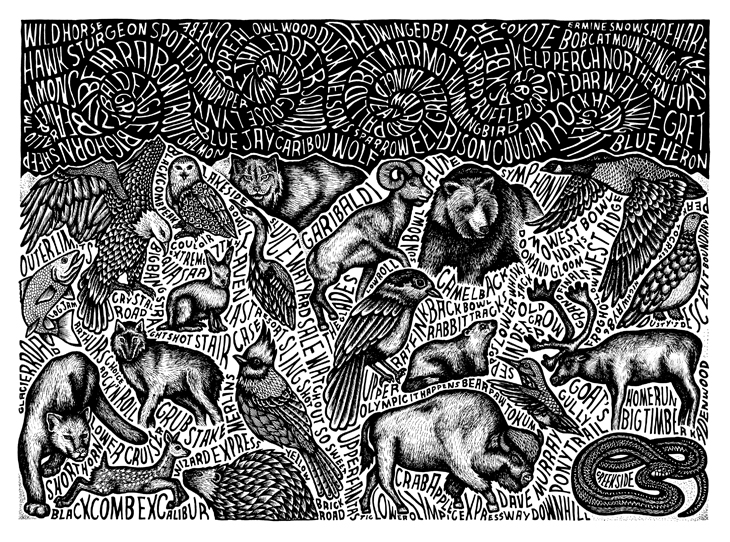 “Jules showed me all her tools and I thought they were amazing. So I ordered a bunch of different pens that you plug in and can adjust the temperature.” A pyrography piece, like the super-detailed eagle Sarah recently burned into a blank skateboard deck, can take up to a week to finish, depending on the weather.

“I spend a lot of time outside,” she says. “Enjoy life – that’s my manifesto.” 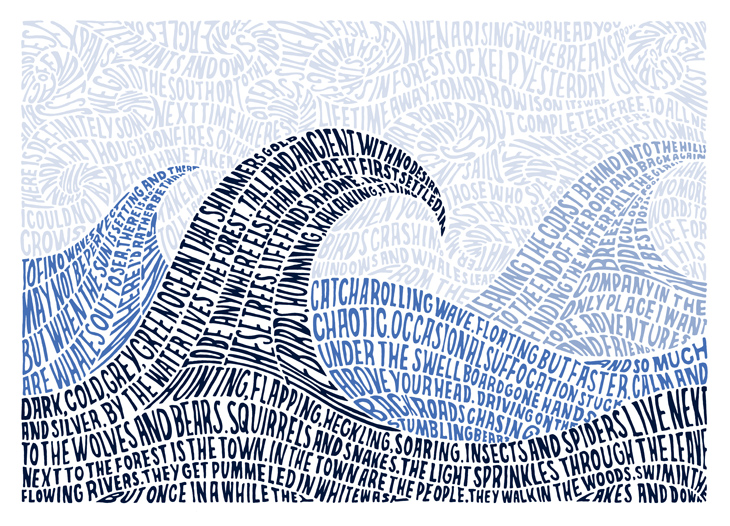