“I’m an outside kind of person,” says Mitch Sulkers, a veteran schoolteacher at Whistler Secondary and creator of its highly regarded Outdoor Recreational Leadership program that brings students up into the Coast Mountains backcountry or out kayaking on the Pacific Ocean. 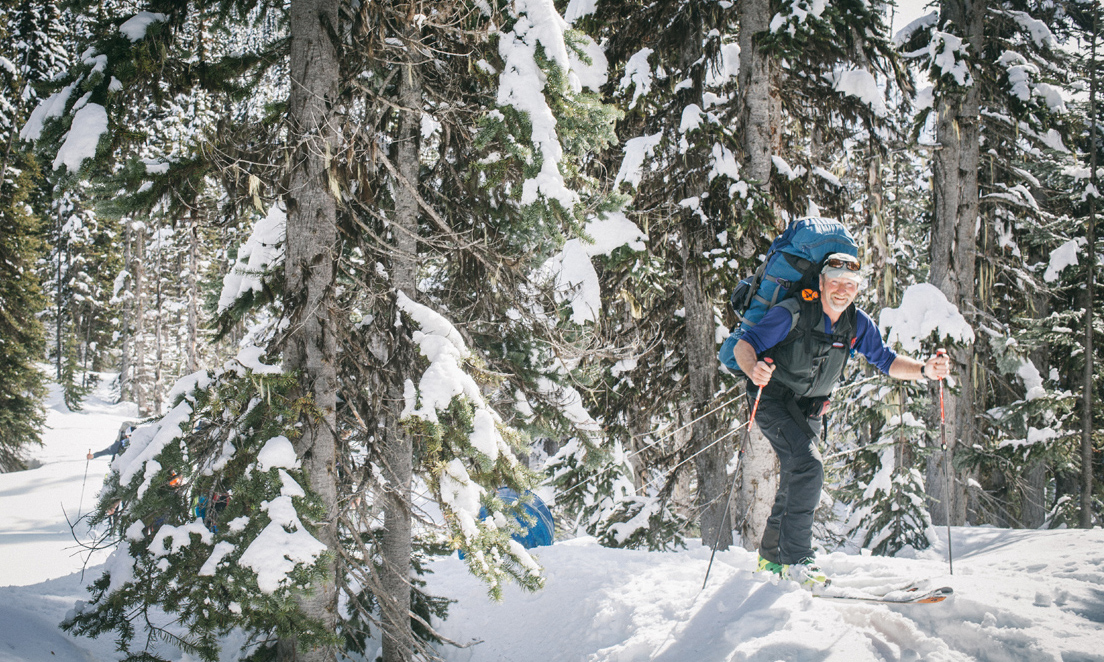 “Most of us can learn in different ways, but outside is where we are meant to be,” Mitch says. To be able to stick your fingers, toes and hands into it…nothing facilitates learning like being involved and active.”

Mitch’s parents, both teachers, took him camping when he was less than a month old. By the age of 15, he was teaching younger kids how to canoe and camp. He’s lived in Whistler since 1975, but in 1981, while trekking through Nepal for a year, Mitch solidified his decision to teach by helping local Nepalese kids learn English. “It was a lot of fun, most of the time we were teaching outside.”

By 1983, Mitch was back home and teaching locally — Pemberton high school students enrolled in the ski racing programs only had two days of class during the winter months and “Mr. Sulkers” was in charge of ensuring they used them wisely. When the Whistler secondary school opened in 1996, he relocated and began creating the sort of outdoor education program he’d always dreamed of. 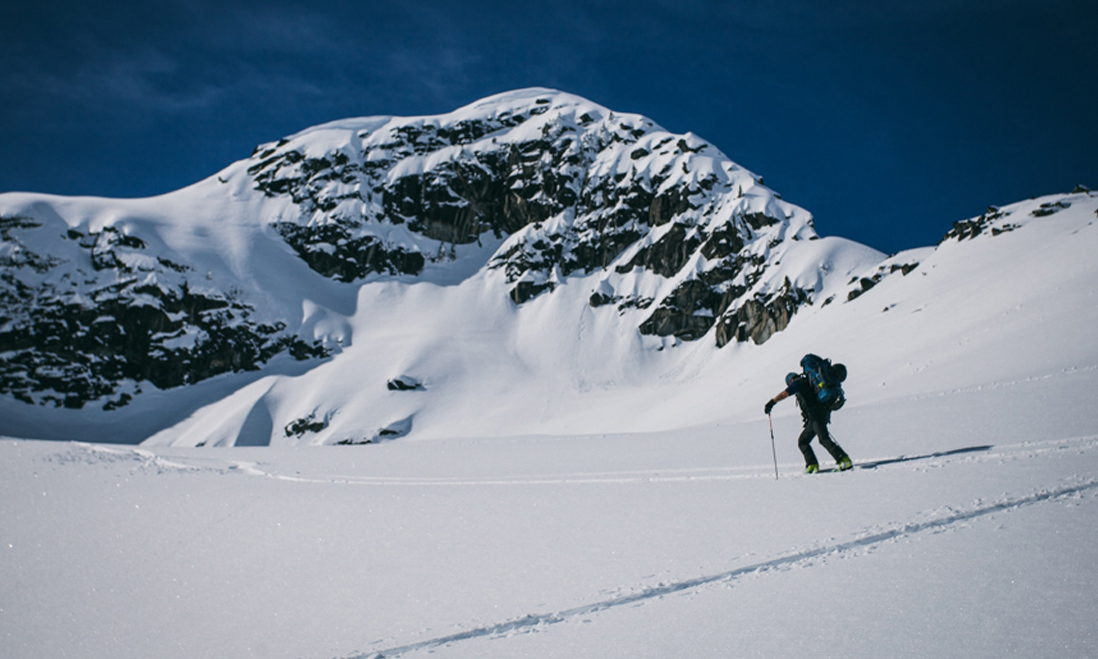 “It’s a project-based model,” Mitch explains. “We identify the skills students need to develop, and then in an ascending order of complexity, we have them work in the situation to see if they can succeed and achieve the goals they’ve set. The idea is to change behaviour and attitude in order to open up possibilities.”

And it’s achieved through solid, hands-on training in the mountains. “Ski touring, splitboarding, hiking, how to build a shelter, a menu plan, how to assess snow conditions and weather,” Mitch says. “The goal is to get the kids to understand that if they want to do something, they can work through the process to make it happen, but also to learn from what does happen, because things don’t always go as planned.”

“Mr. Sulkers is like Chuck Norris. He’d wake up at 5 a.m. and go scout a three hour hike then come back and do it again with all of us in tow. He’d take us to live in a backcountry hut for two days of touring and learning avy skills but then he’d always make sure I got my academic courses done, too.” —Outdoor Recreation student Simon d’Artois, now a member of the Canadian National Freestyle Ski Team for Halfpipe.

Last winter saw 32 students enrolled; the largest number ever. Applicants need two staff recommendations to be considered, and then must write an essay that outlines how they feel they can contribute to the program. “It’s not about academics,” Mitch explains. “The goal is to get a mix together where everyone will benefit. We take kids from all areas of interest, including special needs, and the goal is to give them the measured confidence to apply a consistent framework of risk assessment—to set and achieve mutual goals and realize how important it is to work with other people.” 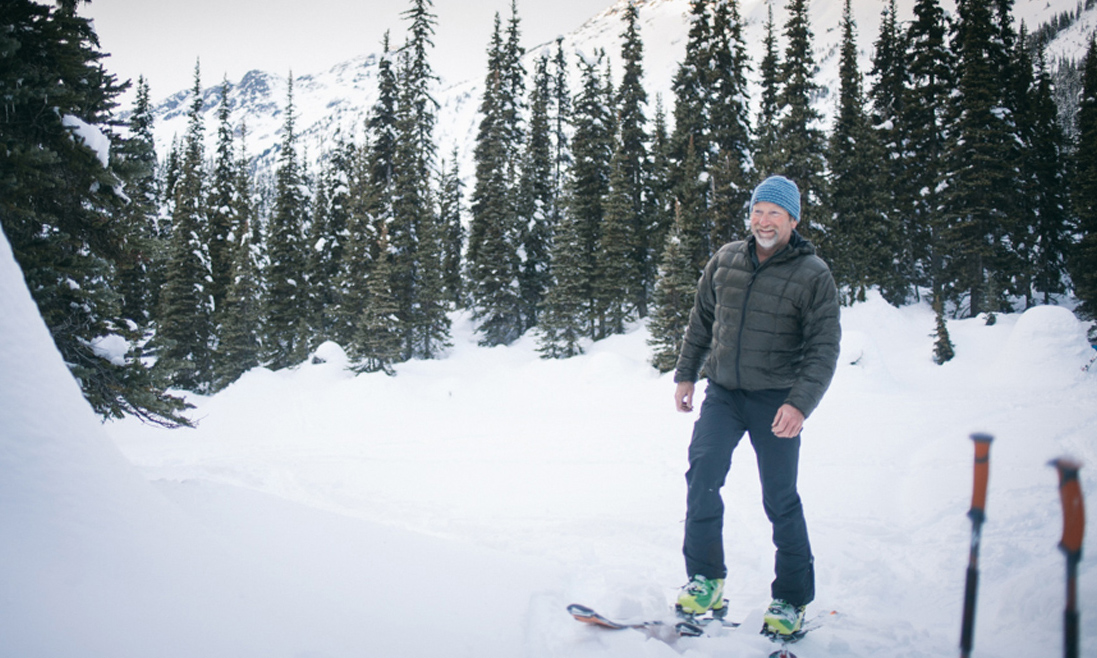 Mitch’s program takes place in the second semester of the school year, when the snow is filled in and students have five months of mountain time. Mitch is a certified guide with the Association of Canadian Mountain Guides and everything is taught to industry standards. “We start by building shelters in the trees behind the school,” he says, “and eventually we are snowcaving up in the Spearhead range. It always strikes me how comfortable the average local kids are in the outdoor environment— they know how to deal with snow and their riding skills are so phenomenal. The mountain culture here is undeniable and the local parents are some of our biggest supporters.”

Of course, routinely taking large groups of other people’s sons and daughters into the mountains or out on the open ocean requires someone to take responsibility for the program. “You can have glitches with a program like this in an institutional setting,” Mitch says “but the school administration was totally supportive. Our principal was a climber and a backcountry skier, the staff was behind it. We had students and parents giving presentations to the school board and huge support from the local community and instructors in the industry. And most importantly, kids who aren’t afraid to try.”

The Outdoor Rec program now operates in four high schools in the Sea to Sky district and the results are unanimously positive. “As a whole, Whistler Secondary has students who go on to succeed in a number of fields,” Mitch says. The school has produced a number of pro athletes, back-to-back Olympic gold medallists in Women’s Ski Cross, as well as successful scientists, artists, musicians, actors, filmmakers and more. 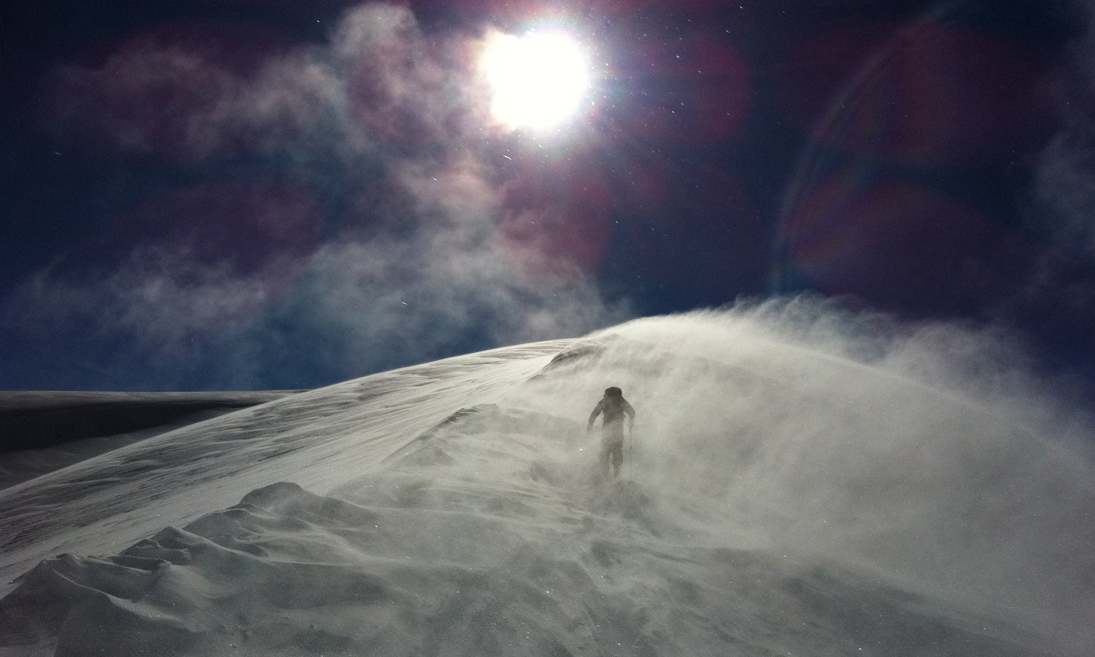 “It really is a rich matrix here,” Mitch enthuses. “And in this community, the opportunities for recreation and learning don’t stop when the kids leave the classroom. With this program, however, we have students who go on to post- secondary education who maybe wouldn’t have otherwise. They realize there is something out there that will give them the lifestyle they are looking for, or that these skills open other doors to things like international travel and that lifestyle.”

Mitch’s goal is for the program to continue when he retires. His biggest challenge is BC’s volatile mountain weather. “We’ve had to cut trips a day short,” he says. “Like, ‘Okay, we’ve learned enough.’”

But the reward is always the same. “The best part is, you never know exactly how each day is going to go. And that is important, to have some aspect of newness every day. And I believe working with young people tends to keep a person young. I’ve had kids that have grown up in this community turn to me when we’re out touring on Musical Bumps and say, ‘my parents always told me why they moved here but I didn’t really get it until now, out here.’”

And on his days off . . . “I just get to go farther out there,” Mitch laughs. “That part doesn’t change. I’m an outside kind of person.” 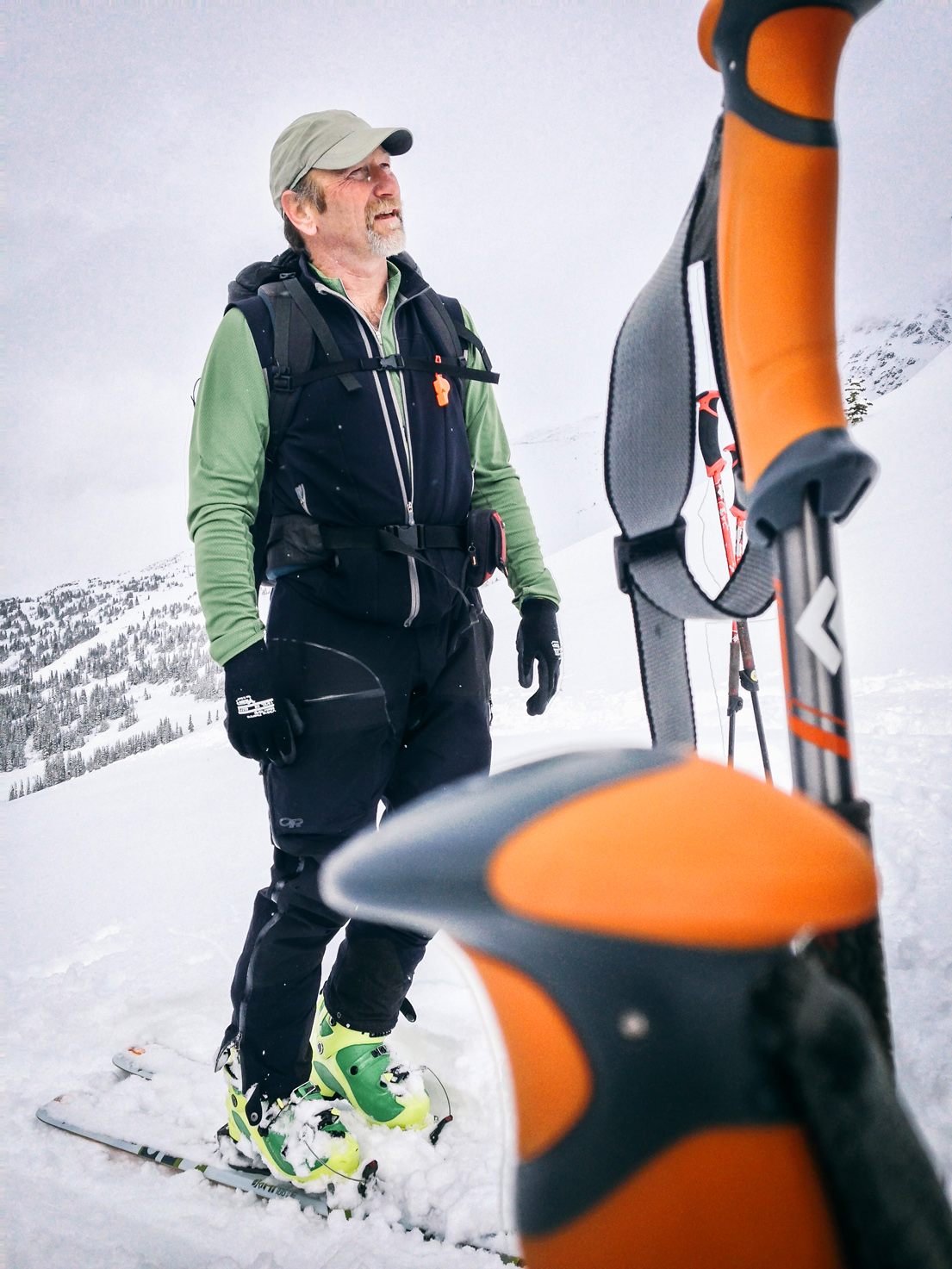