Time flies. Oh, does it ever. And, no question, especially when you’re having fun.

My old light table still stands where it always has – up against the wall in the basement office –but nowadays the on/off switch takes repeated flicking to get the fluorescent bulbs to fire up simultaneously. Requests for images on film are becoming increasingly rare. The cost of couriers, scans and shipping/handling insurance are too expensive and time consuming when compared to the free, near instantaneous transport of high quality digital files.

And so nowadays, the old light table mostly just sits there, a bit of a relic from another era (some may draw a parallel here), but when those lights finally do come on, another world awakens. A world full of friends, trips to distant places, and memories of laughter and experiences shared.

This light table holds stories beyond the images captured. Each week, a drive to Vancouver to get the film processed, and then home again to spread the individual slides over the light, magnifying loupe in hand. The highs and lows of the process were often intense, with victories less frequent than disappointments.

This light table holds stories beyond the images captured. Each week, a drive to Vancouver to get the film processed, and then home again to spread the individual slides over the light, magnifying loupe in hand. The highs and lows of the process were often intense, with victories less frequent than disappointments. Exposure, focus and framing all needing to be very nearly perfect, right from inside the camera. There were no ‘after the fact’ alterations possible, an expensive and environmentally unfriendly process.

Laying the film out on this glowing table always felt a lot like being a kid on Christmas morning. Rarely was it exactly what I’d hoped for, but it was usually still pretty good. Looking back, I think the high cost of pressing the shutter and the many challenges of successfully embedding an image on film was possibly part of what helped give each frame a little extra meaning.

It’s been 35 years or so of working as a full time pro ski photographer and my library of images totals in the tens of thousands. But, if each image took an average of one five hundredth of a second, the total exposure time for all these images would be less than two minutes long. And yet, on just this one, old industrial light table, I can see a lifetime of places near and far, with good friends and amazing memories. (When I can get it to turn on that is.) 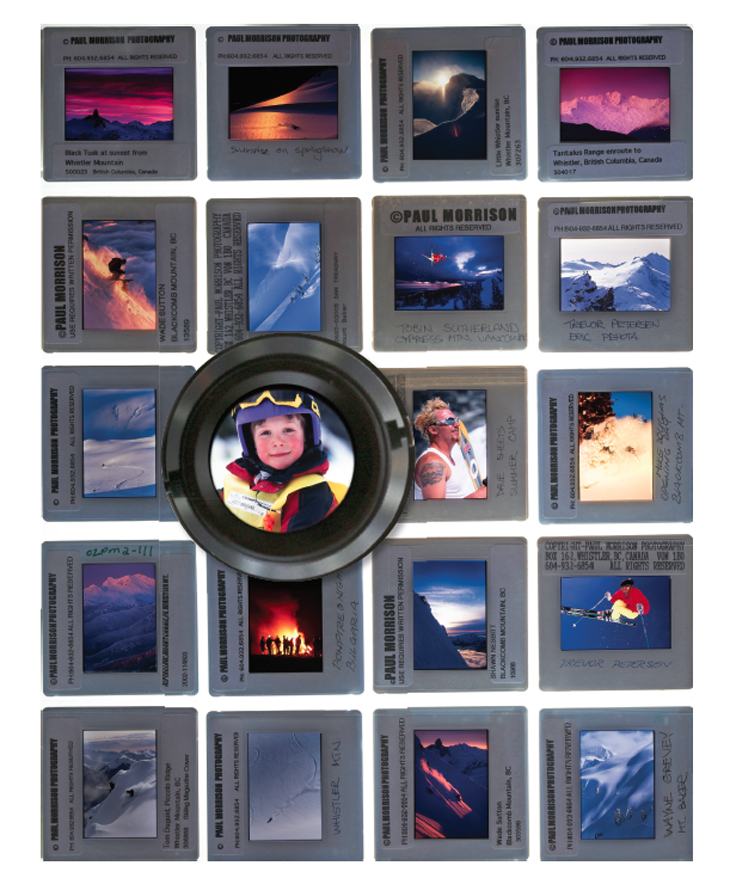 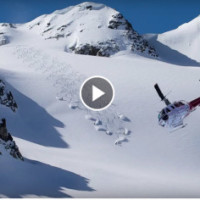 FRIDAY FLICK: PAUL MORRISON ON LOCATION
Photography is our lifeblood here at Mountain Life. The images we see on a daily basis inspire, motivate and entertain us. Thanks to master image makers like veteran ski photographer and Lowepro advocate, Paul Morrison, we’re able to share with you our love for photography and the mountains. In today’s Friday Flick, we bring you a quick look at what it’s like to be a world-renown ski photographer—and how to carry the weight of it all… Watch the video 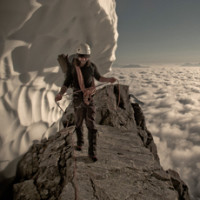 BEHIND THE PHOTO: MALCOLM SANGSTER – ABOVE A SEA OF CLOUDS
This is my good friend Callum Paterson on the north ridge of Tantalus Mountain along the Tantalus Traverse. I think he’s smiling because we’d just finished having a break up there and finally getting a drink of water. We flew in the night before, climbed all evening, bivied and then that morning we didn’t really have any water so we just climbed for 3-4 hours and this was the first water we found. This was in August and the cornice was dripping in the morning heat so we just sat there, downed a litre or so and enjoyed the view… Read more