Life in a mountain town has its perks—pow slashes in your backyard, magical moments of freedom, and all the little pulses of adventure that come from a life lived within nature. But even with all the advantages, there are times when life in the mountains can get a little hectic—with great snow comes great crowds.

Thankfully, escape is never far away and more than a few local rippers will periodically opt to drop off the scene for a while and pursue the disconnected pleasures of time spent in a backcountry cabin. “A cabin is just a great way to get away from the world and turn things off,” says long-time Whistler local, Kori Klusmeier, who often runs to the hills for a mid-season recharge. “But have you ever wondered what it would be like if a freak avalanche buried the whole cabin and trapped everyone inside?!”

No, Kori isn’t that annoying friend who likes to harsh your mellow with a bunch of doomsday jibber jabber. He’s the brains behind Escape! Whistler, a new indoor experience where groups of up to six people are locked in different themed rooms with 45 minutes to solve various puzzles and challenges to set themselves free. With themed escape rooms like Pirate’s Ship or Forbidden Tomb, Escape! Whistler feels a lot like a real-life video game and Kori’s Buried Backcountry Cabin scenario is his nod to the culture and wilderness of his own backyard.

“A cabin is just a great way to get away from the world and turn things off,” says Klusmeier. “But have you ever wondered what it would be like if a freak avalanche buried the whole cabin and trapped everyone inside?!”

“Whistler is a such an amazing place and we get people here from all over the world, so I wanted to include a bit of the real mountain experience,” Kori says. “A piece of local culture for people who might be staying somewhere really posh and never know what a mountain cabin feels like. I introduce the escape by building up the isolation and the idea that when you are out in the backcountry, you really are all on your own.”

Much like in the real backcountry, teamwork, communication, strategy and the ability to remain calm are keys to success. There are other similarities, too. “I don’t like to give too much away,” explains Kori, who designed all four, hand-crafted rooms at Escape! Whistler, “but I incorporate sounds, smells, everything I could think of to make it feel as legit and awesome as our real backcountry cabins.” 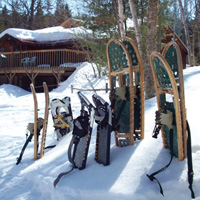 FOUR OF CANADA’S BEST SELF-PROPELLED STAY AND PLAY LODGES
Two feet and a heartbeat goes the saying. With the growing interest in self-propelled recreation, we rundown four of Canada’s best stay and play lodges, as featured in the 2015-16 edition of the Mountain Life Annual… Read more 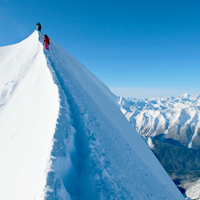 FIVE BUCKET LIST SKI TOURS IN NORTH AMERICA
Unless you’re independently wealthy or work as a mountain guide, you’ve probably got limited vacation days each year to make the most of—which makes deciding where to spend a ski vacation a relatively serious decision. Since I’m one of those lucky mountain guides, my adult life has actually centered around that question—and I can help you figure out how to spend those hard-earned vacation days. Through a choosy process, I’ve narrowed down five of the best ski tours around. Here’s my list—and my selective criteria… Read more