For sculpture installation artist Dennis Lin, moving his young family to Ontario’s Beaver Valley was a chance to get away from it all; away from the hustle of Toronto. And their house in the woods couldn’t be further from urban chaos; tucked away at the end of a dirt road they’re completely off the grid. For Lin, it’s a chance to reinvent himself. 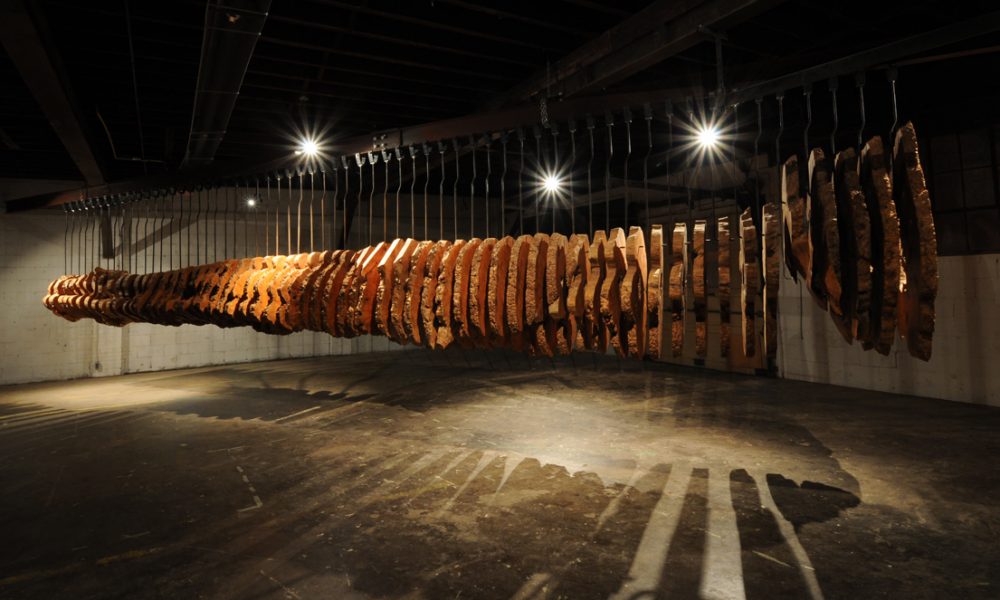 “It just gives me that solitude,” he says. “There’s nobody back here. The challenges with living here show me what life is really about. We need to cut wood, we need to maintain things and that’s given me a better understanding of basic survival techniques for our family. Simple stuff, like how do I make the water not run down the driveway so our house isn’t muddy? Getting back to the basics is allowing me to start fresh.”

That fresh start is a newly built, 4000-square-foot studio with a 15-kilowatt-per-day solar array. He’s slowly moving all his sculptures and equipment up from the city. And soon he’ll get back to work again.

“Before, I just wanted to show art all over the world, but that fire stopped for a while. I got sick of travelling, I don’t want to travel, but I’m happy to make art again. I’m looking forward to making stuff that I’m really inspired by.” 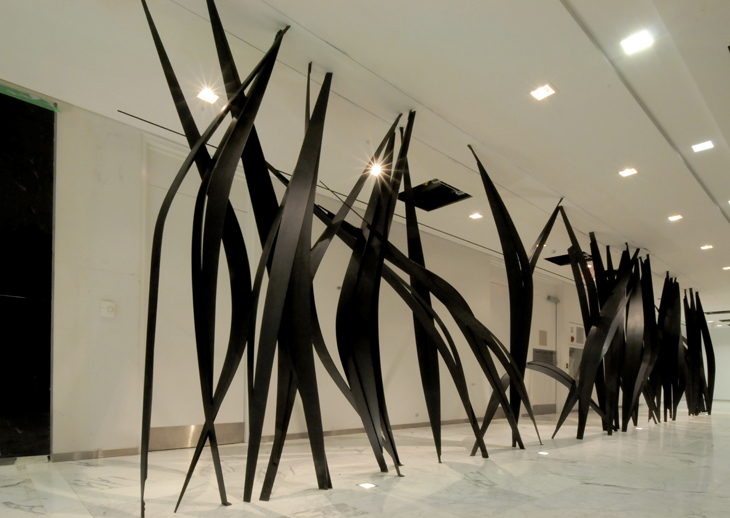 Lin got his start at the Ontario College of Art & Design. Sort of.

“I took industrial design,” he recalls. “I did really poorly. They didn’t like me. And I didn’t like the instructors. All the projects, they’d ask me to make something and I’d give them something that I thought was better, and they’d be like, ‘No.’ And after school I was just totally unemployable. I didn’t listen to people.”

So he started screen printing and doing art shows. 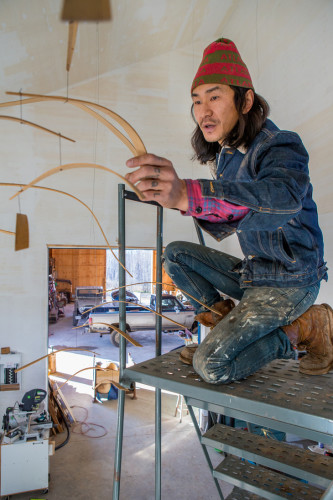 “I developed my own aesthetic for what I wanted to make. At school I’d always mess around in the wood shop making sculptures and art pieces. I did an art show and sold some stuff. Then I did another art show with a friend. Then one of the bigger interior designers ended up buying a bunch of stuff for their projects. That was probably my lucky break. They just keep on calling me for projects. A lot of other interior designers have contacted me from there: architects, private clients, it just kind of trickles down.”

Lin’s sculptures and mobiles hang in hotels from Singapore and Hong Kong, to Ireland and China. And it is the project that dictates the materials. His industrial-sized mobiles and sculptures are made from wood, steel, brass, bronze, metal, aluminum. His workshop is a mix of metal shop and woodworking studio. “Brass is my favourite, and it’s great that it’s so hot right now,” he says.

So what inspires these mega works of art?

“Originally, when I was being a little more idealistic, I was like, This is my opportunity. All of this stuff was coming out of product design where if you double the lifespan of a product, your environmental impact is half instantly. Pretty basic, right? That’s kind of where it came from: to create stuff that people would keep in their lives forever. And the natural world inspired me – bringing the natural world inside. Giving people a moment of reflection. But that was just when I was coming out of school. Now, what inspires me is a hard question. I don’t know. You know what’s right when you see it as a creative person, but I don’t know what drives me to do it. I don’t even remember.”

In a time when so much of our lives is consumed by the digital, Lin is stepping back, but not out of it.

“What inspires me is a hard question. You know what’s right when you see it as a creative person, but I don’t know what drives me to do it. I don’t even remember.”

“There are always times when we send out for CNC [Computer Numerical Control machining] and things like that. Because a lot of the projects are just massive. I’ve had people cutting and sanding steel for months before we can actually use it. So now we send out for a waterjet [industrial cutting tool], it’s just spectacular.” 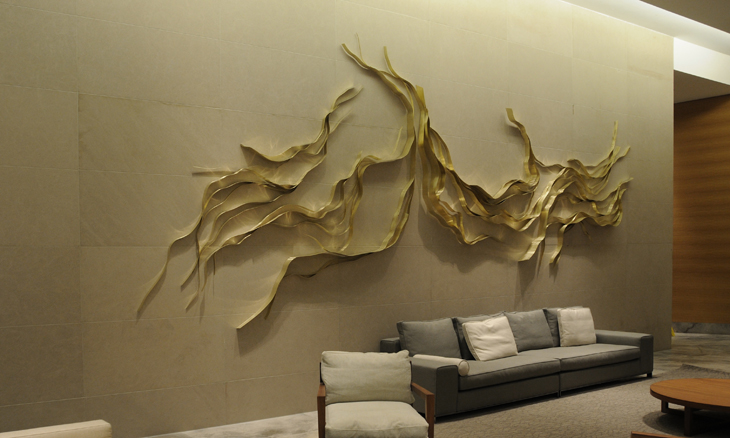 “It’s crazy now with modern technology,” he adds. “Man, I sound like an old fart, but some of the shit online that people are creating just with 3-D printing blows my mind. It doesn’t irk me, I just feel old. But there’s a total disconnect between the artist and a person that just draws something and presses click. At the same time you’re so quickly able to investigate what it is you’ve created. So it’s kind of a catch-22. I feel like you get a better result if you’ve got your hands onto things and you’ve been doing it for a while. I know for me, that a certain curve will look better. I’m way more analog. As a human being.”

And what could be more analog than living off the grid? As Lin continues to move into his new studio he’s excited to get back to creating.

And we’re excited to see, just exactly, what that means.