Freeskier Vasu Sojitra seeks to become the first leg amputee to climb the Grand Teton without the use of a prosthetic.

Accompanied by four other adaptive athletes, Vasu and his team, organized by Paradox Sports, are lead by Exum Mountain Guides in their attempt to become the first group of civilian adaptive athletes to climb the Grand Teton.

From Vasu Sojita: Pushing the limits for Vasu is to show what we, as humans, are truly capable of. No matter how different each of us are; disability or not. The possibilities are endless once you set you mind to it.

To help spread this mission, Vasu embarked on an adventure to climb the infamous Grand Teton in Moose, WY alongside Paradox Sports, the Exum Mountain Guides, and a team of four other adaptive athletes. The 9 mile, 5000+ ft approach to the peak was the first ascent of the Grand Teton by an adaptive athlete on crutches. He had never experienced anything like this before. An experience that he and the team would never forget.

With the help of Paradox Sports and the cinematography of Will Strathmann, Vasu has the ability to spread the word through their new short film, A Grand Pursuit. First premiering in September at the 2015 Adventure Film Festival in Boulder, CO and viewable online at the Film Festival Flix during the month of February, A Grand Pursuit will be showcasing in 2016. Check out the trailer to experience the journey! For more information please check out www.paradoxsports.org. 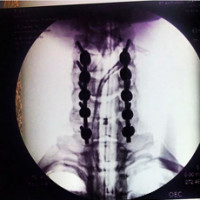 MIKE SHAW: ONE YEAR ON
What were you doing a year ago today? Chances are, you don’t know. I mean, maybe you can guess – “it was a weekday but I was off, so I might have gone skiing”.  Well, I can guarantee that your one year anniversary pales in comparison to Mike Shaw’s. Last year, an all around good guy and ski coach dislocated his neck in a freak accident at Copper Mountain, Colorado. He was paralysed from the neck down, unable to do anything except scream, not in pain, but in the lack of it. With the help of some amazing surgeons, he survived, albeit with a long road of recovery ahead of him. That was December 16th, 2013… Read more