That’s how it all started—a cryptic email from a past client with a keen taste for adventure. Spitsbergen—I had never heard of the place—an archipelago under the control of Norway, just off its northern coast, the tip of the world where tens of thousands of glaciated peaks erupt from the water, snow and ice. 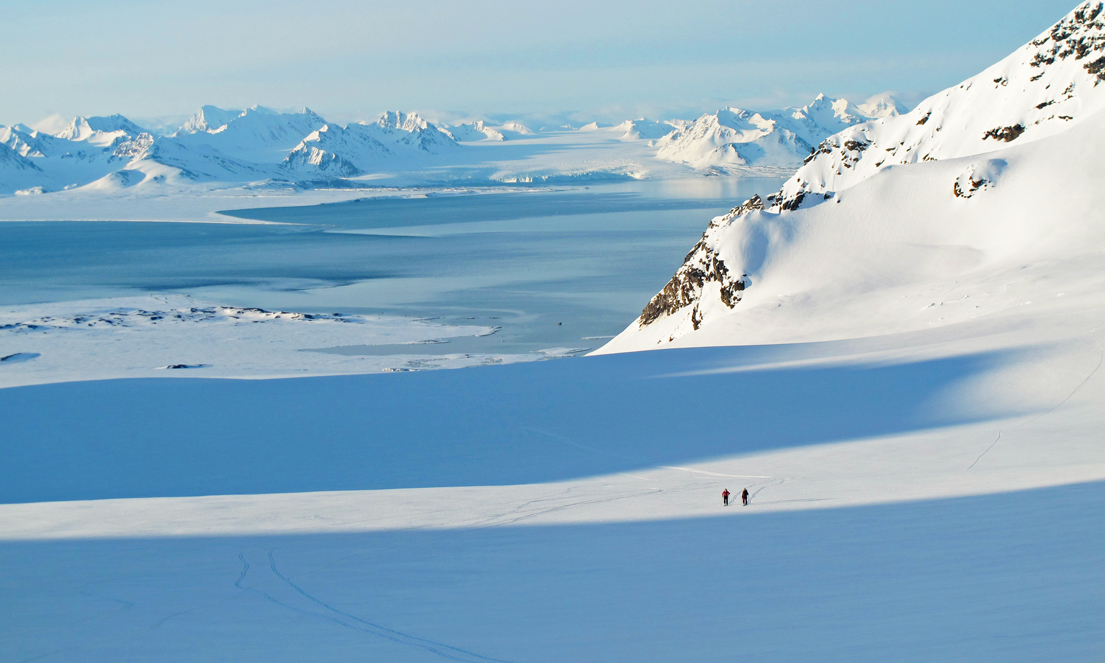 But it’s a small world. Three flights—one long day from Vancouver—and we were aboard a 65-foot steel-hulled sailboat heading into two weeks of 24-hour sun and total isolation. After the safety briefings and ship tour pointing out the food and drink locations, we received a firm “no excessive partying” speech from our fearless captain who was swilling down a tallboy of Carlsberg as he steered towards the early-breaking pack ice— perfect conditions for accessing the fjords and exploring unknown terrain.

At 7 p.m. I noticed something interesting: the sun was in the same position as when we’d disembarked at 1 p.m. The height of the sun off the horizon simply didn’t change, even when we began ski touring at 2. The earth’s rotation, coupled with this 24-hour sunlight, resulted in all aspects of the mountain peaks eventually being sunlit. Proper planning allowed us to ski north-facing couloirs in full sun—every skier’s wet dream.

This voyage led us into some of the most scenic and beautiful terrain I have experienced in my life. Skinning up the sides of these mountains I found myself surprised at how relaxed I was, bathed by the sun and lulled by the calmness of the ocean below.

Atop the summits I found the same sense of serenity, followed by one of total isolation—such distinct feelings existing in the same space at the same time. To the west was an expanse of endless ocean, to the east lay mountain beyond mountain. Not a plane, building or even another boat in sight, just face after endless-sunlit-face of glorious boot-top powder.

Spitsbergen, 80 degrees north—the literal edge of the world with first descents every day. If this is the end, I’ll take it.

Read The Other Side of the Mountain: Grit, Determination and Doubt in the Heart of the Coast Mountains 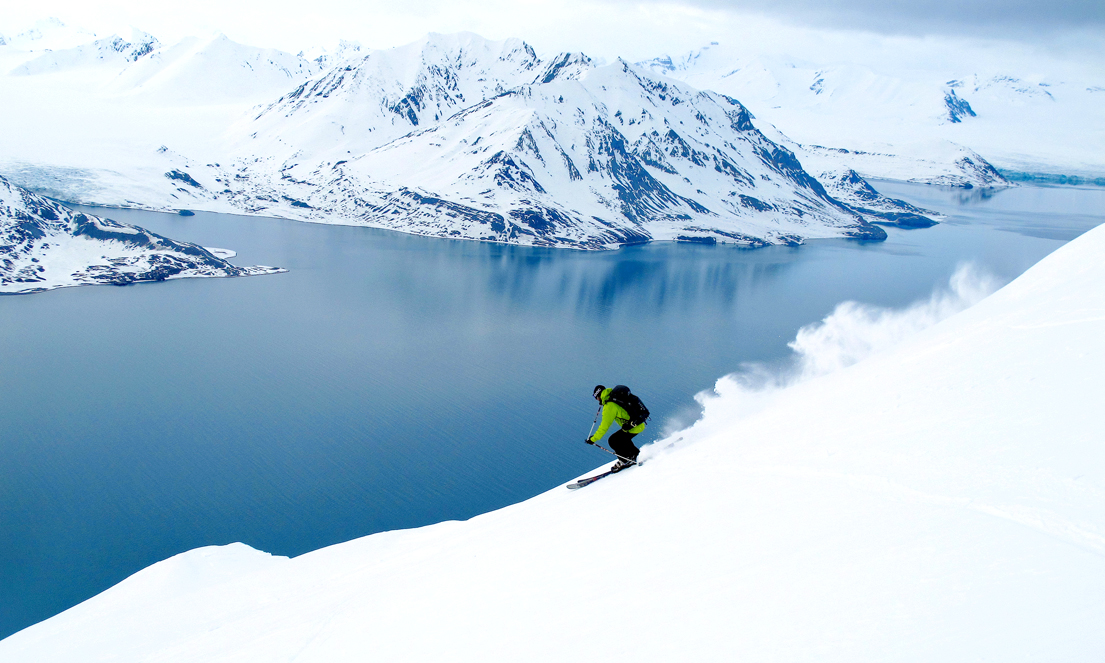